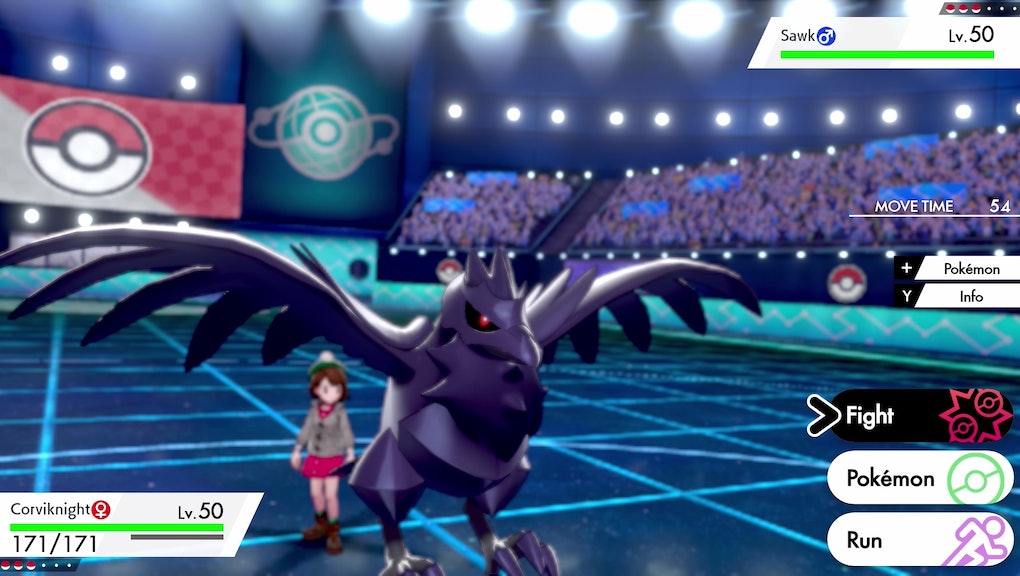 When it debuts this November, Nintendo Switch-exclusive 'Pokémon Sword and Shield' will be an enormous step forward for the Pokémon series. With every new revelation shared about the upcoming Pokémon adventure, it's hard to wait patiently for the games to come out – especially with this week's latest batch of information about a new in-game ability, new Pokémon, and even some of the bonuses you can earn if you decide to purchase both complementary titles at once. It's an exciting time for both new and old fans – here's a heaping helping of new information straight from the source.

The previous batch of new Pokémon Sword and Shield information introduced us to the Dynamaxing phenomenon, which has Pokémon growing to ridiculously huge proportions. Now, it appears there's another similar mechanic out there: Gigantamaxing. With Gigantamaxing, Pokémon will not only become bigger, but their appearance will change as well. So not only will you have to deal with a larger Pokémon, but an inevitably stronger one as well with different abilities such as G-Max Moves, which are unique only to certain species of Pokémon capable of Gigantamaxing.

There isn't a definitive word on which Pokémon can use these moves or which are capable of transforming just yet, but there have been two confirmed for Gigantamaxing off the bat: Drednaw and Corviknight, two new Pokémon previously introduced in the last announcement. When Gigantamaxed, both will obtain new looks (more armor for Corviknight and a bipedal stance for Drednaw) as well as new moves. Corviknight will get the G-Max Wind Rage move, which removes status effects from attacks like Reflect or Light Screen. Meanwhile, Drednaw will get G-Max Stonesurge, which scatters rocks around the battlefield and does regular damage as well.

Of course, much of the excitement for the new games also surrounds all the new Pokémon that fans can expect to see in-game. A few new ones were revealed in addition to Gigantamaxing news, including Alcremie, Yamper, Rolycoly, and Duraludon.

Alcremie resembles a dessert more than a monster and can produce delicious whipped cream from its small body. The happier Alcremie is, the richer the cream. According to a press release, pastry chefs often seek out Alcremie to use its coveted cream in their dishes. Alcremie is one Pokémon that's capable of Gigantamaxing, using the G-Max Finale move. This will heal all Pokémon on Alcremie's team and damage the opponent as well.

Yamper is a puppy Pokémon that looks like an electric corgi. It loves to chase after people and cars, and its body contains an organ that generates electricity. According to Nintendo and The Pokémon Company, the other newcomer Pokémon are a lot less whimsical: Rolycoly is made out of coal, and has one red eye that can light up bright areas. Duraludon is made out of alloy and durable metal.

With these new varieties of Pokémon, battles will be bigger and more explosive than ever before. That means the Gym Challenges will have to be flashy, too. In the Galar region, where the games take place, the region's Pokémon League holds tournaments with Gym Leaders throughout the region, with Gym Challenges seen as a "celebration" of Pokémon battles. When you win a Challenge, you'll be awarded a badge, just like in the old games.

You'll have to collect all eight badges from the gyms that you travel to (as is typical of previous games) and that means facing off a variety of different trainers. While doing so, each trainer will wear a special uniform in battle. You can choose your own as well, with a combination of three numbers on your uniform to identify you.

From there, you can head to the Pokémon Champion Cup, where the next Pokémon Champion will be decided. You'll take on trainers from all throughout the regions for the honor of emerging victorious, and the battles will be broadcast on TV across the Galar area for everyone to see – no pressure.

With all these new moves, challenges, and Pokémon to take in, fans are likely rushing to lock their pre-orders in now. But if you're thinking about buying one or both of the games, you might want to go ahead and pick up both at once as part of the special dual package that's coming out. Nintendo has confirmed that those who purchase both games, as part of the Pokémon Sword and Shield Double Pack, will get two codes (one per game) that will unlock special Dynamax Crystals.

Using them in a wild area in-game will result in two Pokémon appearing: Dynamax Larvitar and Dynamax Jangmo-o. You'll be able to take them on in special Max Raid Battles. Larvitar won't be in Pokémon Sword and Jangmo-o won't be in Pokémon Shield, so having the codes will make it easier to trigger the knock-down, drag-out brawls you'll have to go through to add them to your collection.

If you download the digital Nintendo eShop version of the games by January 15, 2020, you'll get a code that you can redeem for 12 Quick Balls. They're special Poké Ball variants that can capture monsters quickly if used at the beginning of a battle. There's no word if those who opt for a physical version of the game will get the same bonus just yet, but hopefully they will.

With all these exciting details having just been revealed, that probably made the wait for the games to debut on Switch that much harder. Luckily, you'll be able to expect Pokémon Sword and Shield on retail shelves this fall as of November 15.