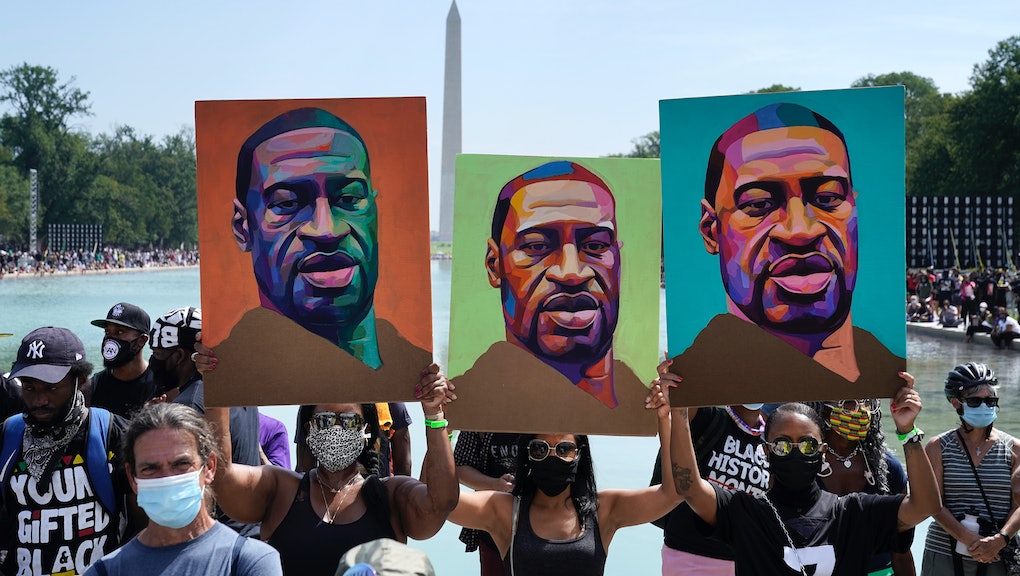 We were already horrified at the footage of former Minneapolis police officer Derek Chauvin kneeling on George Floyd’s neck in May, which ultimately killed him. The same goes for footage of former New York police officer Daniel Pantaleo locking Eric Garner in a deadly chokehold in 2014. Now, three Massachusetts General Hospital neurologists have revealed disturbing details of just how harmful neck restraints such as chokeholds (that cops sometimes justify as "necessary") can be. In an opinion column published in JAMA Neurology yesterday, they dispelled the myth perpetuated by some police departments that this method of force is safe.

While some police departments have banned chokeholds and other neck restraints, others still teach them as a means of subduing uncooperative individuals, according to a press release from Mass General. Some recommend a carotid restraint — which involves pressing on the carotid arteries that flank the neck — as a safe method that makes individuals temporarily lose consciousness by restricting the flow of oxygen-filled blood to the brain.

“As neurologists, we have been inculcated with the adage ‘time is brain’ throughout our training,” the co-authors wrote, which underscores the loss of human nervous tissue with every second that the brain goes with reduced, or no, oxygen. They pointed out that a stroke, in which blood flow to the brain is interrupted, typically results in the loss of 1.9 million neurons each minute it goes untreated. While Floyd didn’t die of a stroke, Chauvin nonetheless cut off the oxygen supply to his brain for much longer — eight minutes and 46 seconds.

Carotid compression has long been known to cause harm, including “devastating disability or, if prolonged, death,” the neurologists wrote. And when it doesn’t kill, it can still lead to terrible complications, such as seizure, or dislodging of a plaque in the carotid artery, which can then obstruct a blood vessel in the brain, triggering a massive stroke.

What’s more, you can’t make a carotid restraint safer by shortening its duration, or reducing the amount of force applied, the neurologists explained. Even a gentle method known as “carotid massage,” previously used to control rapid heart rate, has fallen out of practice among clinicians because of the risk of scary side effects, including fatal heart rhythm irregularities in rare cases.

“In short, the implication that there is a safe way for law enforcement to restrain using carotid manipulation, or traumatic manipulation of cerebral blood flow in any form, is simply false,” the neurologists wrote.

Basically, although law enforcement often uses neck restraints and claims that they’re safe, there’s just no evidence that this is the case. “What shocked me most was that much of the literature supporting these techniques hides behind medical language, but lacks a real understanding of the pathophysiology of the significant harm they cause to an individual,” neurologist Altaf Saadi, senior author of the opinion, said in the press release.

The lack of reporting on the use of neck restraints by law enforcement also prevents us from drawing conclusions about their safety, Saadi and her co-authors wrote. They call for the systematic collection of data on how often police use neck restraints and any complications that occur as a result, as well as transparency about them. In other words, cloaking justifications for neck restraints in medical jargon and reassuring us that they’re safe without the numbers to back them up just doesn’t cut it.