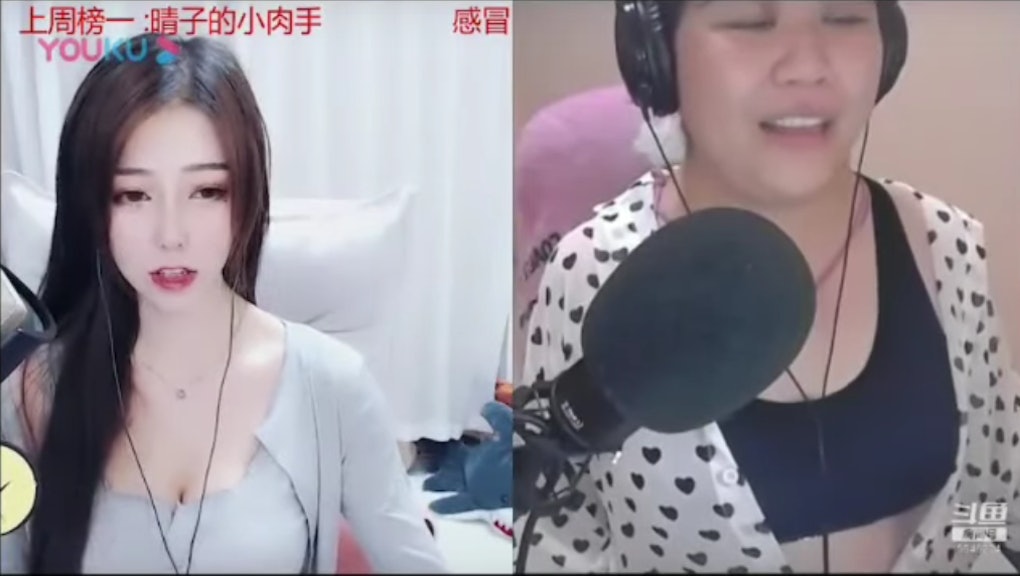 Qiaobiluo Dianxia, better known as "Your Highness Qiaobiluo," was quickly gaining a following on DouYu, a Chinese live-streaming platform similar to Twitch. Followers fawned over the videos and photos that she uploaded streamed, which showed a young woman posing, playing games, and talking to the camera. However, a technical glitch that occurred during a live stream revealed that, despite the appearance, Qiaobiluo was actually a middle-aged woman.

As it turns out, the streamer had been using face filters to alter her appearance. In order to hide her true identity, she would often hide her face during live streams, which seems to have only built more interest among her viewers — especially men, who would regularly send donations her way. According to the BBC, some members of her audience of more than 100,000 subscribers would give her gifts of as much as 100,000 yuan, or about $14,500. During a joint stream with another popular DouYu streamer named Qingzi, Qiaobiluo teased that she might show her face if she was gifted 100,000 yuan. "After all, I’m a good-looking host," she told the viewers. Donations of up to 40,000 yuan started pouring in, but a glitch that temporarily removed the graphic that had been covering Qiaobiluo's face is what ended up revealing her identity.

The revelation caused a considerable amount of drama, with many of her male subscribers expressing outrage that they had been tricked. They left the stream in droves, unsubscribed from her account and pulled donations.

Of course, what Qiaobiluo did isn't a crime or even necessarily uncommon. Followers, primarily men, gave her attention and money and gifts without verifying her identity. They parted with their time and money unprompted, primarily because they're just thirsty dudes trying to get a woman's attention. But once they found out the woman wasn't attractive in the way they thought she was, they flipped out. Many streamers change their appearance one way or another. In some cases, like with Qiaobiluo, it's done with filters. Other times, it's something a little more analog, like makeup. Regardless the means, people regularly change their appearance in both subtle and extreme ways. There is no morality clause for streamers requiring them to present themselves unfiltered. One of the most popular streamers on Twitch, Dr. DisRespect, plays games while in character, donning a mullet, sunglasses and a tactical vest to complete the look. While the conceit is different — viewers know that Dr. DisRespect is a character, fans of Qiaobiluo weren't explicitly aware of the fact that she is older than she appeared — the fact remains that people regularly change or obscure their identities online.

The situation does raise some pretty wild questions about technology and how we apply it. While people aren't necessarily obligated to present unfiltered identity, there are situations where face filters and similar tools make for some sticky situations. When Snapchat introduced its "gender swap" filter, people immediately began using it to trick people, using the swapped images on dating sites like Tinder. Other technologies like deepfakes have already advanced to a point that people can apply them in real-time, making it possible to take on another person's identity while on camera. At some point, likely when actions veer into malicious territory, these types of technologies that obscure may go too far.

As for Your Highness Qiaobiluo, she's come out of the controversy quite well. According to Kotaku, now that she's streaming without the filter, she's gained an even bigger following — a more diverse audience of more than 500,000 people subscribers. Those new fans have also given her a new nickname: "Granny."