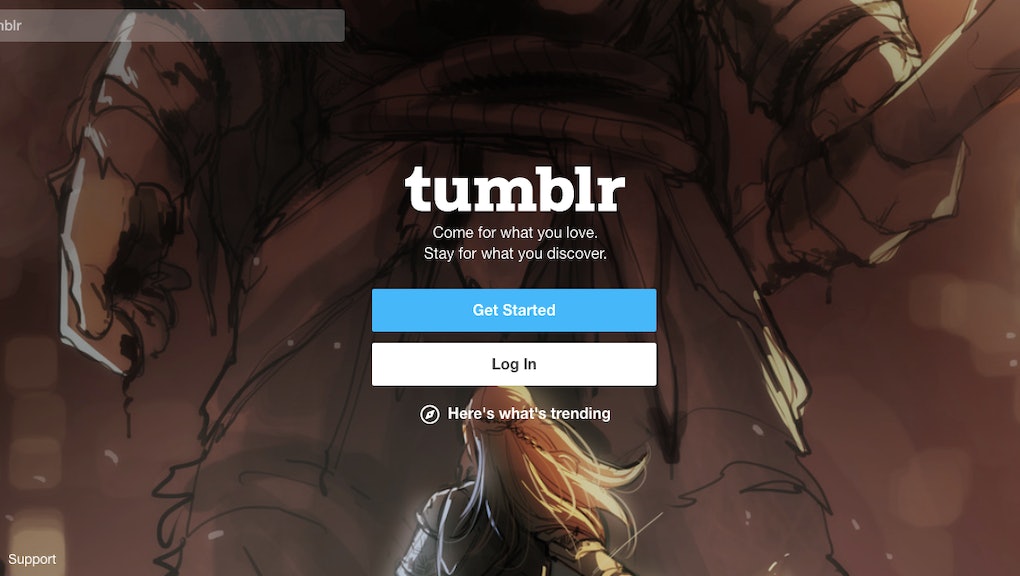 Many people are thrilled to hear that Tumblr could be restored to its former state, especially since the ban didn't just affect pornography, but caused innocent content like "beautiful men kissing", as Tumblr user Wil Wheaton noted, to be flagged as "sensitive." Tumblr was originally meant to be a community for those outside the mainstream — and many people feel that its censorship is harmful to the LGBTQ+ community, sex workers, and others who previously turned to the site for community, self-expression and an escape from reality.

MindGeek disputes these claims, with representative saying in an email to Mic, "We take all means necessary to prevent pirated content from reaching our sites. Anyone uploading content to a MindGeek site must abide by the Terms of Service of the site which requires users to assert that they have rights to distribute the video. We dedicate almost $2 million annually towards a technological solution in order to prevent the unauthorized distribution of content."

Verizon Media has not yet commented on the potential buyer, but clearly, there's already plenty of enthusiasm for the potential deal — and all the racy content that might finally come back to the site.

Editor's Note: this article has been updated from its original form.