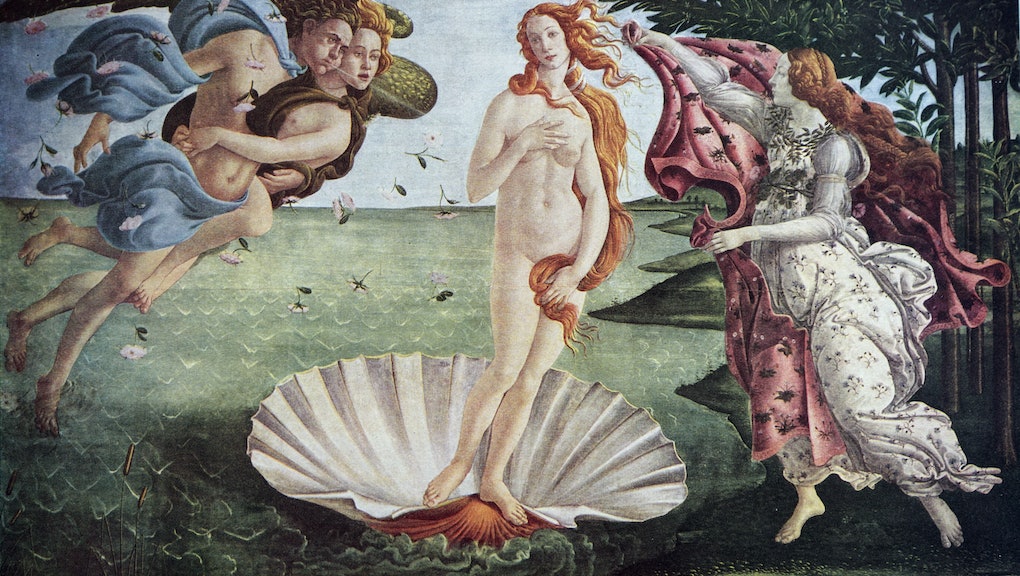 When Toulouse-Lautrec sketched the sex workers of France's red light district in the late nineteenth century, he knew he was doing something subversive. But his art wasn't just famous for being pornographic; he was a pioneer of showing that sex workers were real people. Flash forward to present day, and that notion still seems to be hard for some to accept.

It's unclear where the Uffizi or Louvre lawsuits stand at the moment, but while Classic Nudes is still live, as of yesterday the videos for the works from the Uffizi and Louvre were unplayable, and today they have been completely taken down leaving only works from The Met, Museo Del Prado, Musée d’Orsay, The National Gallery and Another Perspective. While the museums might be fair to be annoyed with the site's cheekier feature, in which porn star Asa Akira leads the viewer live through each museum past the "all the prude paintings," it seems a bit far reaching to impose full ownership over any kind of reinterpretation of such famous and old images. Even if they do have a legal case on rites infringement, they certainly don't take the time to go after creators on Etsy who make their own creations based off of famous works.