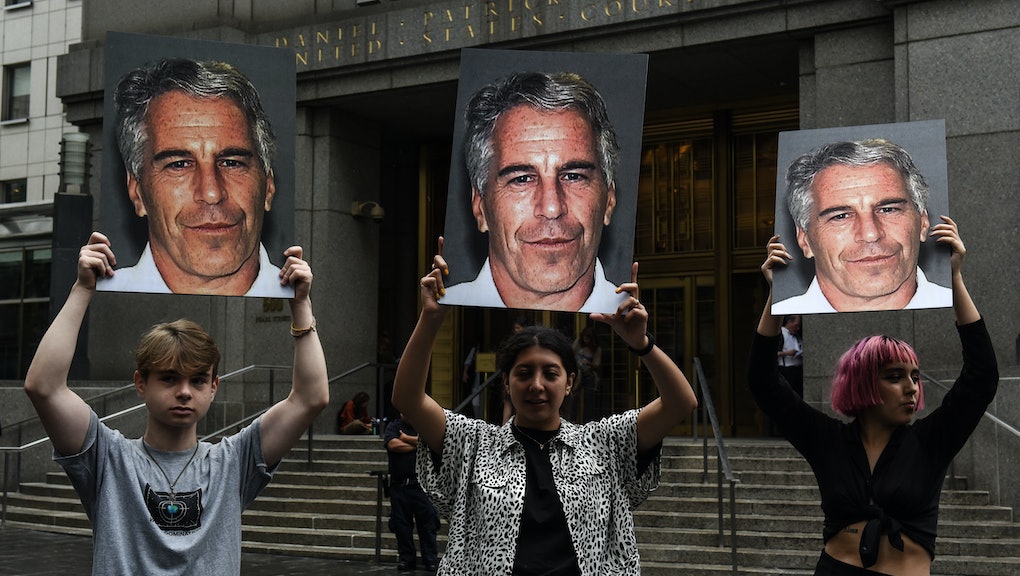 Two prison guards have been charged for neglecting to keep an eye on convicted sex offender Jeffrey Epstein on the night of his death. Tova Noel and Michael Thomas were indicted Tuesday by a grand jury on six federal charges including falsifying documents and conspiracy to defraud the federal government, reports The New York Times. Epstein, a high-profile financier who was arrested and charged with sex trafficking over the summer, allegedly hung himself with a bedsheet in his jail cell on their watch.

“The defendants had a duty to ensure the safety and security of federal inmates in their care at the Metropolitan Correctional Center,” U.S. Attorney Geoffrey S. Berman said in a statement. “Instead, they repeatedly failed to conduct mandated checks on inmates and lied on official forms to hide their dereliction.”

Thomas and Noel were supposed to conduct wellness checks for Epstein and other inmates in the high-security unit every 30 minutes. They neglected to do so from 10:30 p.m. on Aug. 9 until 6:30 a.m. the next morning, when they found Epstein unresponsive.

The indictment asserts, "Noel used the computer periodically throughout the night, including to search the internet for furniture sales." Thomas shopped for motorcycles and read sports news, according to NBC.

The guards also reportedly milled around the common area and spent a couple hours resting. "Noel and Thomas sat at their desk without moving and appeared to have been asleep," the indictment continued.

Epstein’s lifeless body was discovered when Noel and Thomas arrived to serve breakfast. Three minutes later, an alarm sounded to alert a supervisor. Noel told her boss "Epstein hung himself" and admitted they did not perform the checks.

Thomas worked as a guard since 2007 and Noel joined in 2016. Epstein’s death remains under investigation, according to CNBC.

“Any allegations of misconduct are taken very seriously by the agency and will be responded to appropriately,” said Kathleen Hawk Sawyer, director of the U.S. Bureau of Prisons. “I am committed to this agency and am confident we will restore the public’s trust in us.”