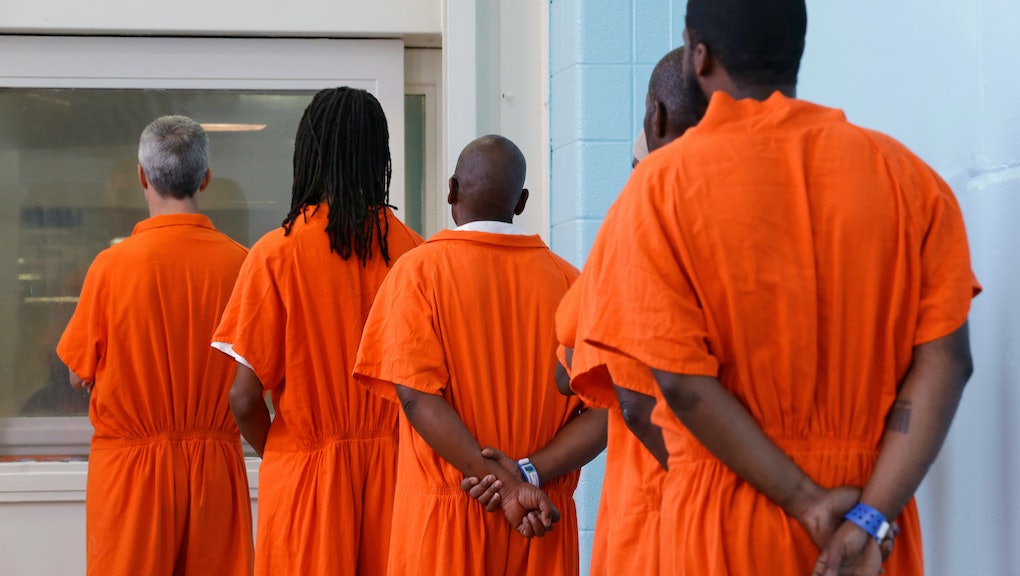 Prisoner access to Pell Grants needs to be reinstated now. Here's why. (Op-Ed)

America has long heralded education as a primary means for growth and transformation. It is for this reason that Congress established Basic Educational Opportunity Grants, later called Pell Grants, in 1972, thereby providing federal postsecondary-education funding for our nation’s underserved students. Yet for the last two decades, federal law has banned incarcerated individuals — arguably those whose transformation is utmost paramount — from accessing this funding. As a result, we have greatly limited the opportunities for these individuals to pursue postsecondary education in prison and to succeed upon re-entry.

It’s time for Congress to reverse that decision and reinstate Pell eligibility for those in prison.

Those in prison should be held accountable for their actions. But banning incarcerated individuals from accessing federal funding for postsecondary education actually undermines, rather than promotes, accountability. When we exclude those behind bars from Pell eligibility, we ignore the transformative power of education, leaving those in prison worse off than when they first entered.

Thirty years ago, postsecondary education in prison was thriving. From the early 1980s to the early 1990s, the number of in-prison postsecondary programs more than doubled, resulting in an estimated 772 programs. Due in large part to Pell Grants, state and federal prisons held tens of thousands of postsecondary students.

But soon afterward, the “tough on crime” rhetoric of the ’90s translated into a contentious backlash against government support of correctional education. As a result, Congress passed the Violent Crime Control and Law Enforcement Act of 1994, which included a provision to strip incarcerated individuals of their Pell eligibility. Opportunities for postsecondary education for those behind bars plummeted thereafter.

This dearth of educational opportunity remained largely unchanged until the launch of the Second Chance Pell Pilot program in 2015. The program allowed some incarcerated students to access Pell Grant funding at selected colleges. During the first two years of implementation, roughly 8,000 individuals in prison were able to partake in this opportunity. However, 8,000 individuals compose just 0.5% of the roughly 1.5 million adults in U.S. federal and state prisons today. According to even the more conservative estimates, reinstating Pell eligibility would likely impact 352,000 individuals.

Scholarly research highlights the plethora of benefits associated with postsecondary education in prison. Perhaps most importantly, postsecondary education can radically reduce recidivism rates. In a 2013 Rand study, participating in educational programming while incarcerated was associated with a 43% reduction in an individual’s likelihood of returning to prison for a new offense. Other studies have found similarly positive results. Given that three-fifths of those released from prison in 2005 were convicted of a new crime within five years of their release, ignoring these findings would be foolish.

Second, a postsecondary education can transform the economic reality of both those incarcerated and their families. Many individuals in prison live in poverty prior to their incarceration and report low levels of pre-incarceration employment. Granting these individuals an opportunity to pursue a postsecondary education behind bars would help ensure that those in prison are more marketable to employers upon re-entry and thus more prepared to reach financial sustainability. Research suggests that earning a postsecondary degree behind bars may bring higher earnings and increase the number of total hours worked, as well as increase an individual’s chance of gaining employment upon re-entry.

Finally, postsecondary education behind bars can transform a person’s self-perception and environment. Education exposes people to new topics of interest, new ways of thinking, and new opportunities beyond their current circumstances. This change in self can translate into benefits for the entire facility. Participants in postsecondary programming often serve as positive role models within prisons, setting a higher standard for conduct and communication. As a result, the prison environment often becomes safer, benefiting both incarcerated individuals and prison employees. Even for those serving longer sentences or life without parole, educational opportunity remains critical as the benefits of these programs often resonate throughout families and can work to break cycles of addiction, poverty, and mass incarceration.

When we invest in incarcerated individuals as students rather than labeling them as offenders, we also invest in human dignity. Consider the story of Darryl Epps Jr., a former student of the Cornell Prison Education program who is now a Columbia Justice in Education scholar. Darryl’s ability to get a high-quality education in prison not only helped him begin a career and contribute to society, it also helped his son — now also in college — see what is truly possible.

We want more stories like Darryl’s. But when we cut off the resources that people who are incarcerated could use to better themselves, we choose small short-term savings over a long-term investment that promises to reap dividends in returns to our safety, our economy, and our future. This is both antithetical to American values and grossly imprudent policy.

For these reasons, Congress should act now to pass the bipartisan Restoring Education And Learning Act (REAL) to remove the federal ban on Pell Grant funding for incarcerated individuals.

Arthur Rizer is the Director of Criminal Justice and Civil Liberties at the R Street Institute.

John B. King Jr. is the president and CEO of The Education Trust, a national nonprofit organization that seeks to identify and close opportunity and achievement gaps, from preschool through college. King served in President Barack Obama’s cabinet as the 10th U.S. Secretary of Education.