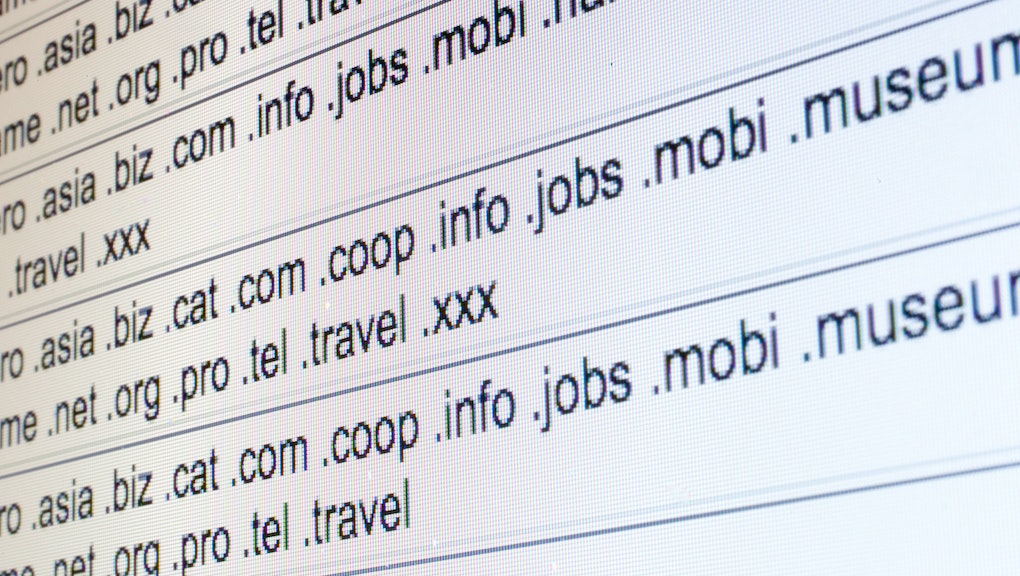 You probably don't think much about a website's domain type, whether it's .com, .edu or .net — it's largely ancillary, like typing "www." before a web address. But these domain types do serve a purpose and right now, according to the New York Times, there is a war going on over the future of .org — the designated domain meant for nonprofit organizations. The entire branch of these domains, which serves sites for everyone from the United Nations to NPR, has been sold to a private equity firm — leading to concerns over how the domain type will be handled going forward. In order to stop the designation for organizations from being pillaged and profited upon by big money interests, a group of internet pioneers are banding together to stop the sale and save .org domains from misuse.

The history of .org

The .org domain is one of the internet's original top-level domains, dating back to 1985. It was designed to be used by non-commercial entities including non-profits, foundations, cultural institutions and religious organizations. Since 2003, .org domains have been handled by Public Interest Registry (PIR), a not-for-profit group established by the Internet Society — an organization that works to establish internet standards. For nearly two decades, PIR was entrusted with educating the public about the .org domain and encouraging its use for purposes of public good. Under PIR's guidance, the .org domain grew to the third-most popular top-level domain type and managed to build up the domain type's trustworthiness, making it the go-to for people looking for reliable information.

The new potential parent of .org

Almost as soon as the purchase of .org was announced, it became clear that the domain type's purpose was about to change. On November 13, 2019, PIR announced that it and all of its assets — including the .org domain tree — would be acquired by Ethos Capital for $1.35 billion. In the purchase announcement, PIR announced that it would ditch its not-for-profit status and would "consider" becoming a B Corporation or "benefit" corporation.

The sale and the changes laid out by the announcement raised red flags for keen-eyed internet citizens who believe .org domains should continue to serve as the primary domain for non-profits. With .org under the ownership of a profit-making enterprise, there is fear that Ethos Capital might raise registration fees for domain holders without any sort of approval required. Doing so would put non-profit organizations that already run on razor-thin budgets in a difficult spot as they would be required to pay up in order to protect their domain status — something that is important to those organizations because of the level of public trust associated with .org domains. There are also fears that the new ownership may act to implement Rights Protection Mechanisms — tools that allow rights holders to challenge content — that may result in some organizations being unfairly censored by overzealous claims. Additionally, there is concern that Ethos Capital may suspend domain names based on accusations of rules violations. While that may seem like standard practice, nonprofit organizations — particularly politically active ones — are often targets of state actors who may attempt to take down sites with false claims.

These concerns are amplified based on the information available about Ethos Captial. Founded in 2019, the private equity group seems to be essentially a shell company formed specifically for the purpose of buying up PIR and getting access to the .org domain. Ethos Capital was founded by Erik Brooks, a former managing partner at another private equity group, Arby Partners. During his time at that firm, Brooks oversaw the acquisition of Donuts, a domain name registry company that had a portfolio of generic top-level domains like .today, .social and .live. The purchase of Donuts took place in September 2018, and from that point on, the venture capitalists set in motion a series of moves that would eventually lead to the takeover of .org.

How venture capital has bought influence in the domain business

One month after buying Donuts, it was announced that Akram Atallah would take over as company CEO. Atallah previously served as the president of the global domains division at the Internet Corporation for Assigned Names and Numbers, otherwise known as ICANN. ICANN is the organization responsible for organizing and maintaining the internet's Domain Name System (DNS), including top-level domains like .org. Ethos Capital has cultivated a number of influential voices from ICANN within its ranks as a means of developing sway within the industry. Former ICANN CEO Fadi Chehadé is an advisor to Ethos Captial and Nora Abusitta-Ouri, the former senior vice president for ICANN's development and public responsibility programs, sits on the Ethos board as chief purpose officer. These are all important players in the process because ICANN will have final approval on the sale and Ethos Capital has been acquiring as much influence as possible. In addition to these connections, it's worth noting that one year before the sale of .org's guardian to Ethos, Donuts co-founder Jonathon Nevett was named CEO of PIR — paving the way for the approval of the purchase.

The efforts to save .org

The takeover is not without its opposition. More than 600 organizations and 20,000 individuals have signed onto a petition to stop the sale of .org to Ethos Capital. Three Democratic Senators — Ron Wyden of Oregon, Richard Blumenthal of Connecticut and Elizabeth Warren of Massachusetts — have raised questions about the sale and are seeking more details about it. Perhaps most promising, a new organization has formed to try to stop the sale and put .org back into the hands of nonprofits. According to the New York Times, the Cooperative Corporation of .ORG Registrants was formed earlier this week by some of the internet's oldest protectors. The group includes Esther Dyson, the first chair of ICANN; Katherine Maher, the CEO of the Wikipedia parent company Wikimedia Foundation; and William Woodcock, the executive director of Packet Clearing House. The group is proposing an alternative to the Ethos Capital sale that would keep .org operating largely as it has been — by collecting small fees from domain holders but remaining a non-profit operation rather than looking to bolster the bottom line.

The future of .org is still largely up in the air at the moment. The ball is in ICANN's court, and the organization has requested more information from all parties regarding the purchase, calling for more transparency for the process. If it pushes the purchase through, it could spell the end of .org as it currently exists, turning the domain into a profit center for its new ownership and pushing nonprofit organizations to other domains — ones that may not have the same level of public trust that .org has established over the years. That result would be a bad omen for the web, suggesting that even the oldest institutions are for sale to the highest bidder — that influence can be bought and public interest is secondary to profit.