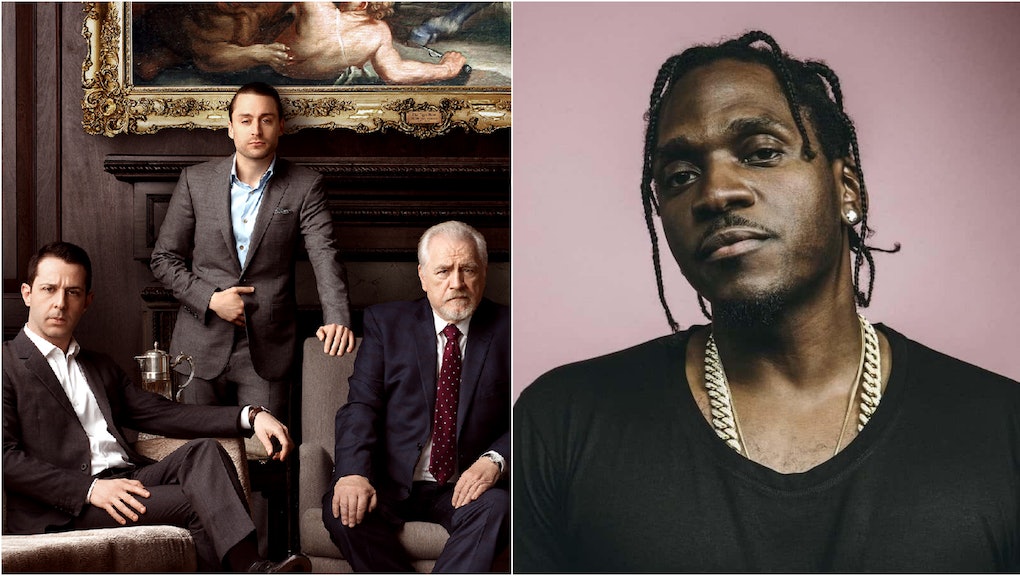 It is easily one of the more spellbinding theme songs on television right now. It even won an emmy for Outstanding Original Main Title Theme Music this year. Written by the composer Nicholas Britell (The Big Short, Moonlight), the show’s theme song sounds like what having too much money might feel like. It sounds like Kendall Roy flying a booty call out to an island in Ireland for a boredom-fueled one night stand.

Audiences have come to expect some variation of posh classical music to signify wealthy characters, but Britell’s creation has taken the trope into our modern context, where wealth isn’t just a signifier of opulence, but of unknowable despair. It feels, in many ways, akin to hip-hop, where wealth and status reign supreme, but where an underlying sense of dread manages to permeate. Consider the dark undertones of a song like Future's "F*ck up Some Commas." It makes sense, then, that Britell and HBO enlisted Pusha T for a remix of the viral theme song.

“There was only one person on the list of people to reach out to. Of course it had to be Pusha. There was no backup, there was no plan B,” Britell told Vulture. “Pusha’s voice is like a missile!”

The track, titled "Puppets" Finds Push rapping about the backstabbing exploits of the Roy family with familiar venom, as though the characters from his early raps — hustlers of all stripes — fit easily in the mold of billionaire family drama which, if you think about it, makes a lot of sense. According to Vulture, Pusha T's manager was the one who introduced him to the show, because he saw similarities between the rapper and Roy family patriarch Logan Roy. (Push told Vulture that, “I mean, I’m a little bit [like him]”)

The track will be available to stream on Friday, ahead of the show's season finale on Sunday.