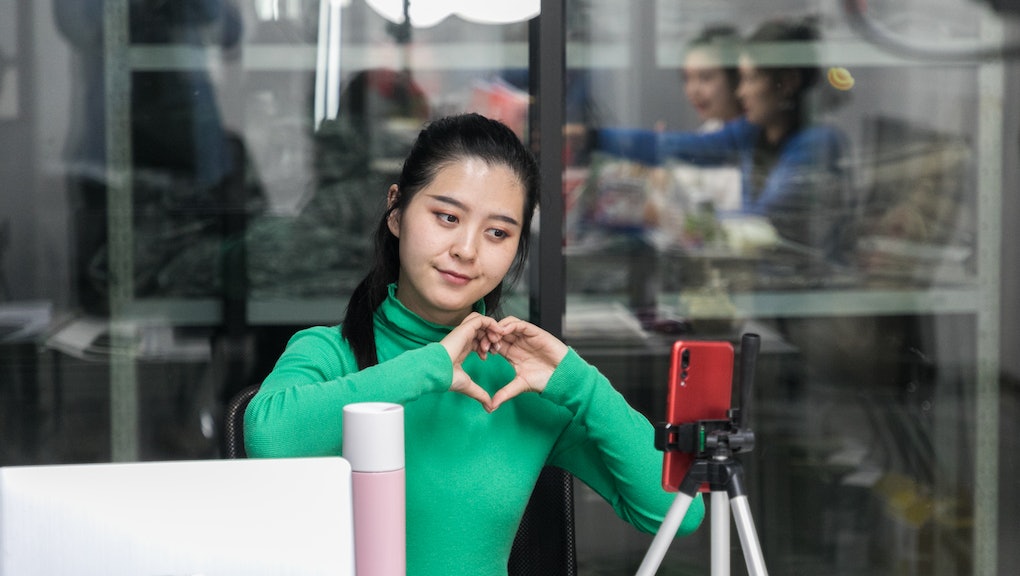 Quarantined teens in China are turning to livestreaming for human connection

As coronavirus continues to spread throughout the world with untold reach and duration, the entertainment industry is shapeshifting in response. A number of prominent touring artists have canceled or postponed international tours, and the film industry has already been proactive in shelving some major premieres, as Sony has with No Time to Die’s global release date. In light of all the uncertainty, many culture consumers in the places most impacted by Covid-19 have been staying home, and exploring new methods of entertainment.

According to a new Bloomberg report, vast numbers of quarantined people in China are turning to livestreaming in mass to maintain connection and communal tasks they’d otherwise be doing without the threat of pandemic. According to a new Bloomberg report, the audience for some of China’s most popular livestreaming apps, including Douyin, Kuaishou, and others have spiked 35% from last year, with viewers averaging 105 minutes on streaming apps compared to 78 minutes in 2019.

These streamers cover a wide range of mundane lifestyle tasks that you’d otherwise attempt outside of the house, like going to the gym, shopping, taking classes, or shopping. The report also mentions a Beijing night club that livestreamed EDM in an empty club, but netted 2 million yuan ($285,000) in tips from users who stayed home and, in one case, outfitted their apartment with club lights and whiskey. It’s all a bit novel and dystopian, but these businesses are pursuing how streaming might be feasible in a post-coronavirus world.

The quarantined streams function as a sort of test ground for economic growth for the budding industry. With streaming games on Twitch and home workout platforms like Peloton already catching fire stateside and in Europe, the culture’s already moving closer toward a place where people will prefer to just stay home, but the necessity of it could make these practices far more common. “The recent changes in user interest for online entertainment and behavioral shifts could sustain for a longer period,” Citi internet analyst Alicia Yap told Bloomberg.

The report also mentions museum tour streams seeing a significant spike from thousands up to more than 100 million after the outbreak. In practice, it’s not much different from watching voyeuristic tours of tiny houses hosted by a chipper New Zealander on YouTube, which my girlfriend and I haven’t needed the immediate threat of pandemic to enjoy. But these sorts of lifestyle changes are nothing if not incremental, and can sometimes just require a short trial period to become second nature.