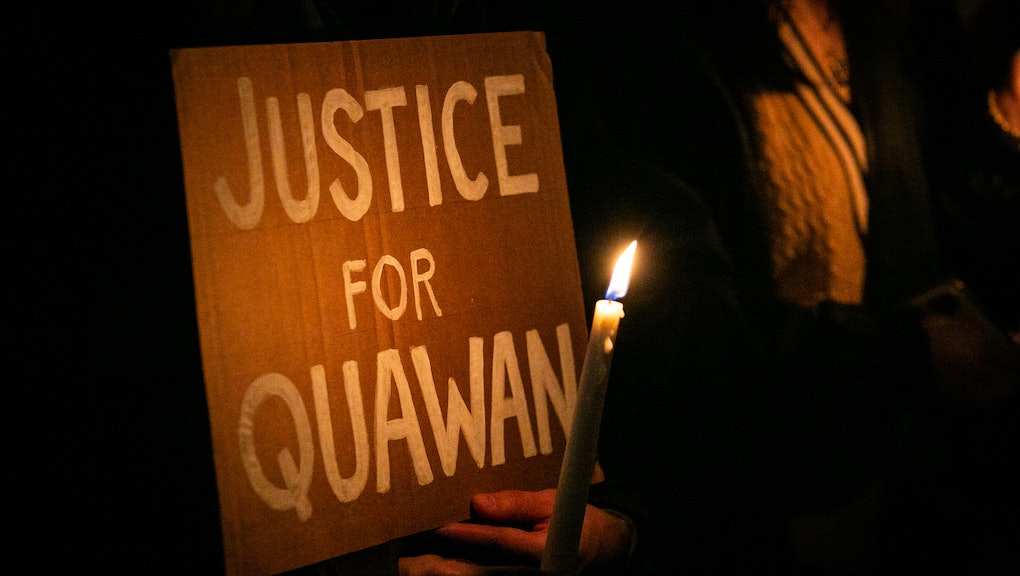 Police arrested Janet Irvin on Tuesday in connection with the death of 15-year-old Quawan Charles. Irvin was one of the last people to see Charles alive before his body was found in a sugar cane field in November. Irvin now faces two charges, one of failing to report a missing child, which is a felony, and another of contributing to the delinquency of a minor, for providing Charles with marijuana.

On Oct. 30, 2020, Charles was reported missing to the Baldwin Police Department in Baldwin, Louisiana. Irvin picked up Charles from his father's house that day and drove him to her home, but Charles's parents said that they did not know Irvin or consent to her picking up their son. Charles's body was found days later, on Nov. 5, and the police reported that his death was a result of drowning. An autopsy report also found that his death was likely a result of drowning — though it acknowledged that it would be difficult for a 15-year-old to drown in a few inches of water. The autopsy report also stated that Charles suffered some woundson his face and around his mouth, which the report said could have been caused by aquatic animals post-mortem.

For months, Charles's family has had to work independent of the police department in their pursuit of justice. Even the audio clip that implicated Irvin and ultimately led to her arrest — in which she admitted to waiting multiple days before calling the police — was obtained by a private investigator working for the firm hired by Charles's family. "Yes, I should have called the cops," Irvin can be heard saying on the recording, per CBS News. "I should have went further."

Irvin's arrest is not a final resolution in the case, as the family still disputes that the 15-year-old's death was a result of accidental drowning. "It is well-understood that the accidental drowning by an able-bodied person in ankle-deep water is nearly impossible," a press release by the Charles family legal team read. It's clear that the legal team believes Irvin to be a central figure in Charles's death, as the press release also states that she lost custody of her children after being accused of violence and neglect.

The lack of information surrounding Charles's death and slow response by police to investigate what happened is reflective of racism in policing, Charles's family has said. "People are angry. People are upset," Celina Charles, Charles's cousin told CBS News. "[The police] didn't notify the media. They didn't notify the community." One local activist helped the family raise $250,000 so they could pursue their own investigatory measures.