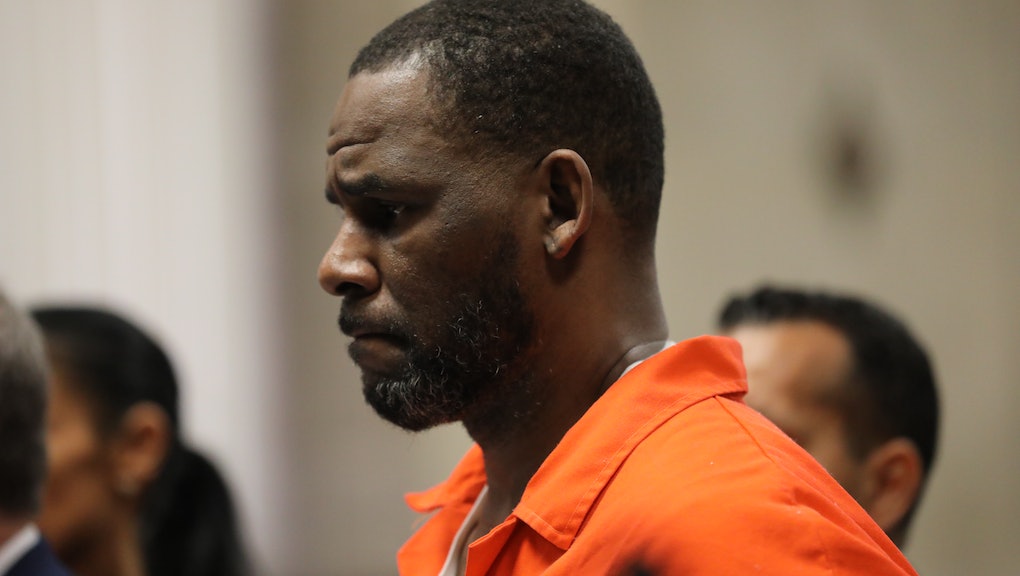 R. Kelly’s trial is a traumatic examination of a ruthless predator

Warning: The accounts of sexual abuse detailed in this article could be triggering for women who have been victims of abuse.

Today marked the first day of R. Kelly's trial in Brooklyn, New York over allegations of kidnapping and sex trafficking young women along with racketeering charges for running an illicit enterprise designed to prey on victims.

During opening statements, prosecutor Maria Cruz Melendez retraced the predatory picture of R. Kelly the world has seen for nearly two decades while also revealing new insidious transgressions between the disgraced R&B icon and an underage woman. Ms. Cruz Melendez detailed an encounter between then- 48-year-old Kelly and an aspiring young singer identified in the court room as Zell, whom was 17 years old at the time, after she attended one of his concerts during where he singled her out from the crowd by singing directly to her and paying her extra attention. After his assistant surreptitiously provided her with Kelly's number, she contacted him, and he instructed her to meet him at his hotel.

She wanted to sing for Kelly in hopes the Grammy Award-winning megastar could help blossom her career. It wasn't until after she met him inside of a van and acquiesced to his alleged request for her to sit on his lap and kiss him when Kelly invited her to his hotel room, seemingly using the van interaction as a sadistic pre-screening of her willingness to follow his orders. This assumption is given more credence by Cruz Melendez's further telling the jury how Kelly refused to hear her sing until after he relieved himself sexually, which Zell begrudgingly agreed to after Kelly incessantly begged her and promised to take care of her for the rest of her life. What allegedly happens next should put Kelly under the prison.

At first, Zell lied to Kelly about her age but revealed she was 17 years old by the time she was a senior in high school. Instead of justifiably ending any sexual or romantic relationship with the underaged girl, Kelly's pedophilic mind saw it as an opportunity to strengthen his control over the impressionable singer. “He suggested that she do her senior year remotely and live with him," Cruz Melendez told the jury. After that, Kelly subjected her to reprehensible psychological and sexual abuse, including requiring her to get his permission to do anything, severely beat her when she didn't obey, locking her in a room for days, and sometimes going as far as to forcing the young woman to have sex with a man she had never met.

Kelly used "every trick in the predator’s handbook" to abuse his victims, according to the prosecutor. Cruz Melendez's opening statements gave new evidence to a nefarious pattern of behavior the public has grown to accept as reality. Prosecutors allege Kelly was dismissive of one of his victims by the name of Jerhonda showing him her ID stating she was 16 years old. “He asked her, ‘What’s that supposed to mean," Cruz Melendez told the jury. His deluded mentality extended to also telling Zell that she could be the next Aaliyah, the late R&B princess who he illegally married when she was 15 years old and allegedly impregnated. From just the opening statements, Kelly clearly has attempted to exist in a reality of his own cruel making, trapping innocent young women in his vortex of oppression and degradation.

It's truly chilling to know Kelly committed more hideous acts than we've known from decades of scathing exposés, including the Lifetime docuseries Surviving R. Kelly. In the latter, we learn that Kelly tried to convince his brother to say he was the man in Kelly's infamous sex tape with a minor, forced a 14-year-old Jerhonda Pace to pledge she would kill herself if Kelly went to jail or was harmed, and ripped out the hair of one of his victims when she disobeyed.

R. Kelly is a sexual predator and no legal defense based on discrediting his victims will ever change that fact.