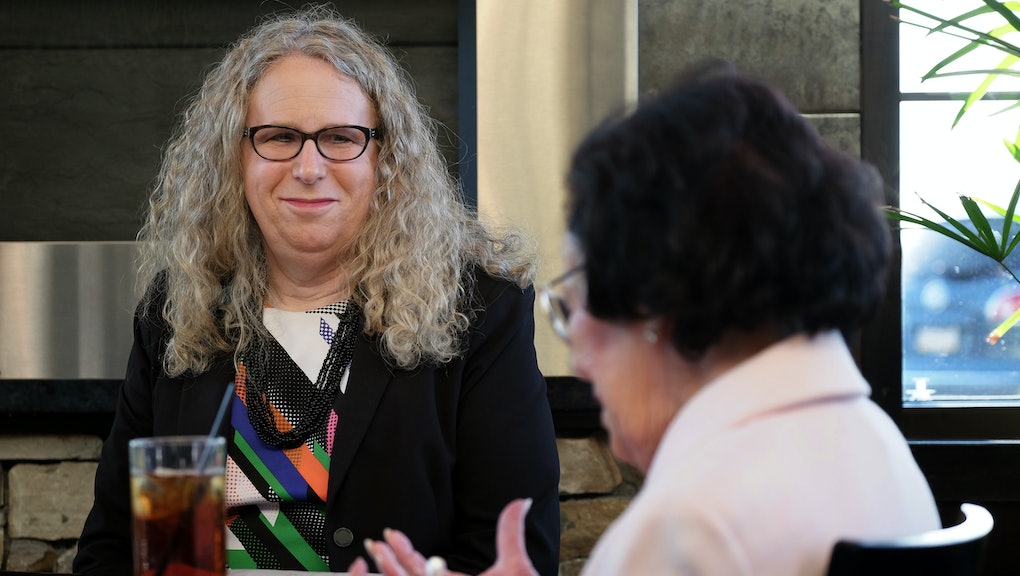 Rachel Levine, a transgender woman, will be nominated as Biden's assistant health secretary

President-elect Joe Biden announced Tuesday that he will nominate Dr. Rachel Levine to serve as his assistant secretary of health. Levine, who currently serves as the top-ranking health official in Pennsylvania, could become the first openly transgender public official to be confirmed by the U.S. Senate.

Levine's qualifications are unimpeachable. She has an impressive academic background, graduating from Harvard College and the Tulane University School of Medicine before completing a residency in pediatrics and fellowship in adolescent medicine at Mt. Sinai Medical Center. She joined the staff of the Penn State Hershey Medical Center in 1993, where she created and led the hospital's adolescent medicine division and eating disorders clinic.

In 2015, Levine was nominated by Pennsylvania Gov. Tom Wolf (D) to serve as the state’s physician general. During her two years in the role, she signed an order allowing easier access to naloxone, a life-saving drug that can rapidly reverse the effects of an opioid overdose. Which has been credited with saving more than 1,000 lives during the first year it was enacted. Levine was elevated in 2017 to Pennsylvania's secretary of health. She was confirmed unanimously by a Republican-controlled House and Senate. Levine has led the state's response to the coronavirus pandemic, regularly briefing the public on the situation and issuing guidance to combat the spread of the virus.

"Dr. Rachel Levine will bring the steady leadership and essential expertise we need to get people through this pandemic — no matter their zip code, race, religion, sexual orientation, gender identity, or disability — and meet the public health needs of our country in this critical moment and beyond," Biden said in a statement about the nomination.

Levine will have to be confirmed by a split Senate, though Kamala Harris as vice president will be able to cast the confirming vote should Levine’s nomination result in a 50-50 tie. If confirmed for the position of assistant secretary of health, Levine would become the highest-ranking transgender person in the federal government and would be tasked with overseeing public health departments, including the Office of the Surgeon General.

More like this
Title IX will once again protect against gender identity discrimination
By Rafi Schwartz
Watch GOP Gov. Jim Justice fully combust when asked why he signed a transphobic bill
By Rafi Schwartz
Biden's pledges aren't enough to avoid the worst effects of climate change, new study says
By AJ Dellinger
Stay up to date