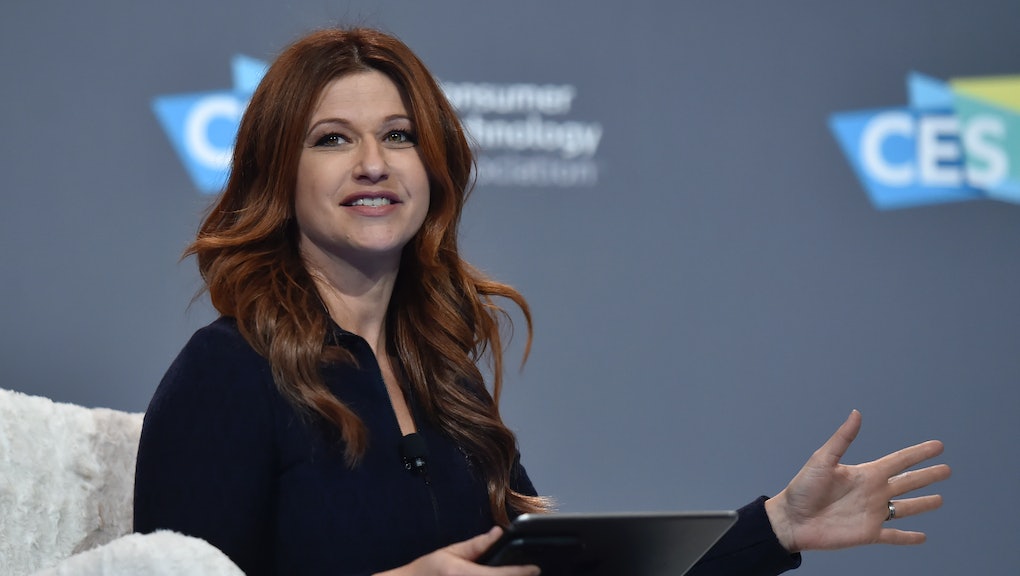 Over the 4th of July weekend, an explosive New York Times report centered around video of a leaked conversation between veteran ESPN reporter Rachel Nichols and LeBron James's longtime adviser Adam Mendelsohn. On the tape, Nichols derisively claimed that ESPN bypassed her for the 2020 NBA Finals hosting gig and assigned it to Black reporter Maria Taylor because of her race, in an effort to make up for the network's terrible record on diversity. After the news caused much deserved backlash, Nichols delivered an apology that reminded us just how racist ESPN actually is.

On her show The Jump, Nichols spent all of 26 seconds apologizing for the controversy to all of her ESPN colleagues, not just Taylor. The vast majority of the segment was handled by two retired NBA veterans, Richard Jefferson and Kendrick Perkins, who used their Blackness and close relationships with Nichols to absolve her of wrongdoing. Taylor's name was mentioned three times for a combined three seconds. Perkins and Jefferson vouching for Nichols' character took up more than triple the airtime.

ESPN finally reprimanded Nichols by replacing her with Black female reporter Malika Andrews for the 2021 NBA Finals coverage, but still let her keep her job as host of The Jump. The only person, so far, to receive any sizable punitive actions is Kayla Johnson, a Black female digital video producer who admitted to sending the video to Taylor; she was suspended without pay for two weeks, and then reassigned to "less desirable work," according to the New York Times report. This would be surprising if it wasn't par for the course for a sports network that once punished accomplished journalist Jemele Hill for calling Donald Trump a white supremacist, an insult tantamount to calling a roach an insect.

Nichols' racist controversy comes almost a year to the day after the New York Times published a different exposè into the unfair treatment Black employees at ESPN felt. The report included claims of white executives with little experience before ESPN being promoted before Black employees who had decades of experience outside the company. One producer watched so many Black professionals get passed over for promotions in favor of their white counterparts, they advised Black ESPN employees to leave in order to further their careers. ESPN made four Black senior executives available to speak for the Times piece, but a representative from ESPN’s communications department was present for each interview; the executives simply relayed the company line about working harder to be more diverse.

ESPN's use of those executives to legitimize diversity claims mirrors the approach taken with Jefferson and Perkins. But then Perkins, an NBA champion turned ESPN analyst, took his complicity to an even more tragic level. First, he thanked Nichols for accepting responsibility for her remarks about Taylor, though only three seconds of her 26-second apology were directed at Taylor. Then, he vouched for Nichols' character by pointing to her gracious treatment toward him. Next, the platitudes: claims that he "knows (Rachel's) heart," and that we all need to support each other, not just the person who made such horrible statements on tape.

That alone would be an offensive reduction of the severity of what transpired, but the loquacious former Boston Celtics player later went to Twitter Spaces to explain why he stood in solidarity with Nichols. After Twitter user @sadiesideup, a Black woman, vehemently read Perkins for filth, Perkins claimed the issue at hand was ultimately between Taylor and Nichols. He then explained his tough ascension from an NBA role player to a successful analyst, and most jarringly, used his Black wife as a shield against criticism.

"The only woman in this world I'm going to lose it all for is my wife, who I've been with since the ninth grade who I got four children with," Perkins said in the conversation. "Other than that, I'm not obligated to risk it for no woman in America of no race."

These exposés came years after ESPN apologized for a segment where Black players were auctioned off to the highest bidder. Nichols didn't set ESPN back at all in the race relations. All she did was get caught internalizing the same racist thinking ESPN has shown to reward.