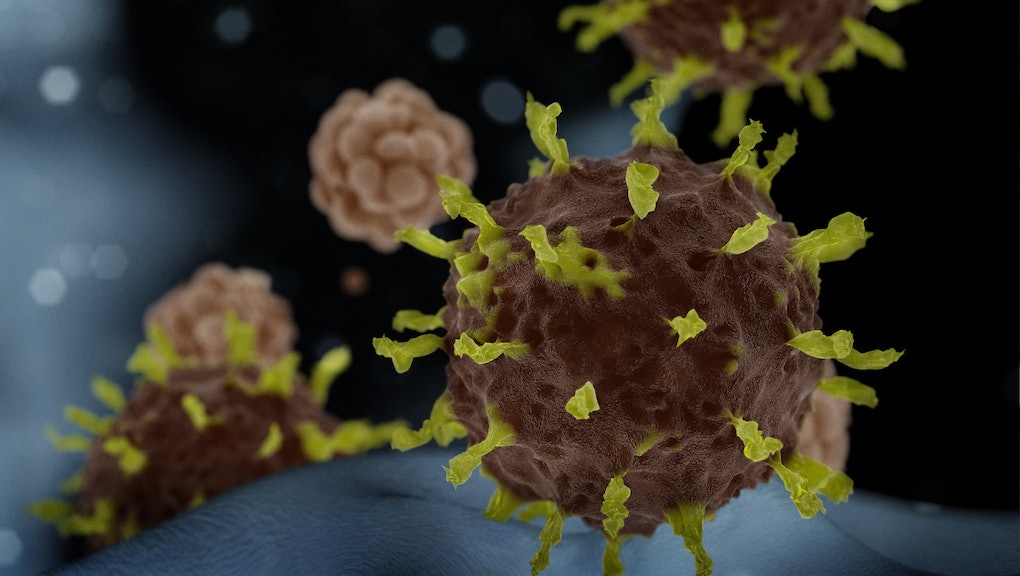 Remdesivir could treat coronavirus. Here's everything we know about the drug

Shares of Gilead Sciences Inc. increased on Monday, in the wake of the World Health Organization’s statement that the pharmaceutical company’s investigational antiviral drug, remdesivir, showed the most promise among other proposed approaches to date for treating the new coronavirus, Bloomberg reports. In collaboration with Chinese officials, Gilead has launched two clinical trials in patients infected with the virus, known as COVID-19.

Gilead’s drug is “the one drug right that we think may have efficacy,” WHO assistant director-general Bruce Aylward said at a Beijing press conference last week, according to Bloomberg. So far, there is no approved treatment for COVID-19, which has infected more than 77,000 people in China alone, per the latest count from China’s National Health Commission.

Gilead initially developed remdesivir for the Ebola virus, although rival drugs outperformed it in a clinical trial in the Democratic Republic of the Congo last year, the Wall Street Journal reports. But the drug — which is not yet approved anywhere for any condition, according to the company’s website — may fight coronaviruses, since animal studies have shown it to be effective against two other types of coronaviruses whose structure resembles that of COVID-19.

A January study found that remdesivir was effective in mice infected with Middle East respiratory syndrome (MERS), another type of coronavirus, per WSJ, and a study published in February showed it prevented disease in rhesus macaque monkeys infected with MERS. Gilead’s website notes that the drug has also shown activity in animal models of severe acute respiratory syndrome (SARS) coronavirus. But since only a few human patients have received remdesivir for emergency use (including one in Washington state, with encouraging results), it’s still not clear how it would potentially affect COVID-19.

The two clinical trials of remdesivir, meant to test its safety and efficacy, are being carried out at sites throughout Hubei province. WSJ notes that these include several hospitals in Wuhan, the epicenter of the COVID-19 outbreak. One trial, which will test the drug in patients with confirmed infection and severe symptoms, began enrolling participants on February 6, per Gilead.

Although Gilead expects trial results in April, WSJ notes that enrollment has been lagging due to a lack of eligible patients. To enroll, patients must test positive for COVID-19 infection. Those with severe symptoms must be within 12 days of disease onset, and must not have gone on any medication during the past 30 days, while those with more moderate symptoms must be within eight days of disease onset. Doubts have swirled around the accuracy of COVID-19 diagnostic tests, though, and many patients in Wuhan have already taken medications while awaiting hospital admission, disqualifying them from clinical trial enrollment.

Gilead’s site also states that the company is also partnering with regulatory authorities, as well as governmental and non-governmental organizations to give remdesivir to patients hospitalized with confirmed COVID-19 infection and severe symptoms, whose doctors have submitted a compassionate use request. (A compassionate use request provides a pathway for patients with life-threatening conditions to obtain experimental drugs if there are no other approved treatment options, according to the FDA.) Gilead is evaluating these requests on a case-by-case basis.

The company is using remdesivir originally stockpiled for Ebola outbreak for the two trials in COVID-19 patients, as well as compassionate use requests, per its website. Regardless of how the trials shake out, though, it’s ramping up manufacturing the boost supply as fast as it can.

More like this
Empty middle seats cut coronavirus risk drastically, according to new study
By Tracey Anne Duncan
This COVID-19 long-haul symptom is another reason we all need to get vaccinated
By Tracey Anne Duncan
We don't trust our tap water — and it's a big problem
By Asher Rosinger
Stay up to date