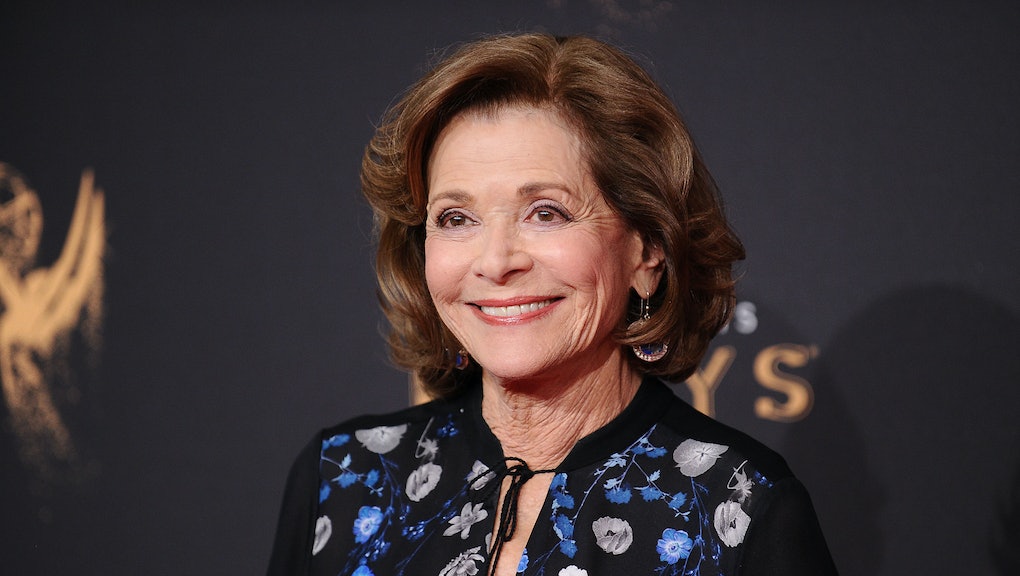 Remembering Jessica Walter, the heart and soul of 'Arrested Development'

Lucille Bluth might’ve professed to love all her children equally (except Gob), but Jessica Walter is universally adored by fans of Arrested Development. Now, crushingly, they’re mourning her passing. Walter died in her sleep at home in New York City on Wednesday, March 24, her family confirmed. She was 80 years old.

Walter became famous in her senior years for playing the hilariously out-of-touch matriarch of the dysfunctional Bluth clan who, in one of her most memorable lines, wildly misjudged the cost of bananas. She also voiced Malory Archer on FX’s long-running animated spy series Archer. But the Emmy-winning actor’s career spanned six decades, across stage and screen.

She got her start on Broadway in the 1960s, in productions like Advise and Consent, Photo Finish, and A Severed Head. She was also in Neil Simon’s Rumors in the 1980s and and the Tony-winning Broadway revival of Anything Goes in 2011. In the mid-1970s, she won an Emmy Award for starring in the television series Amy Prentiss, about a young, female police detective in San Francisco.

Walter’s career also spanned from Clint Eastwood’s directorial debut, Play Misty for Me, to the Garry Marshall rom-com The Flamingo Kid. An elected member of the Screen Actors Guild’s (SAG) Board of Directors for over a decade, she served as its second National Vice President.

Walter’s fans and her Arrested Development co-star Alia Shawkat rallied around the actor when, during a May 2018 cast interview with The New York Times, she confronted co-star Jeffrey Tambor and accused him of verbally harassing her. "In like almost 60 years of working, I’ve never had anybody yell at me like that on a set," she said.

Tambor played Walter’s onscreen husband, George Bluth Sr., in the comedy series. Earlier that year, he’d been fired from his leading role in the acclaimed series Transparent, due to allegations of sexual misconduct. "I have to let go of being angry at him," Walter said during The Times interview. "He never crossed the line on our show, with any, you know, sexual whatever. Verbally, yes, he harassed me, but he did apologize. I have to let it go.”

Walter is being remembered as a comedic genius who could slay audiences with a single look. At the same time, she was a skilled dramatic actress. She’s also being described as a kind and truly generous soul in real life. “Her greatest pleasure was bringing joy to others through her storytelling both on screen and off,” her daughter, Brooke Bowman, said in a statement. “While her legacy will live on through her body of work, she will also be remembered by many for her wit, class, and overall joie de vivre.”