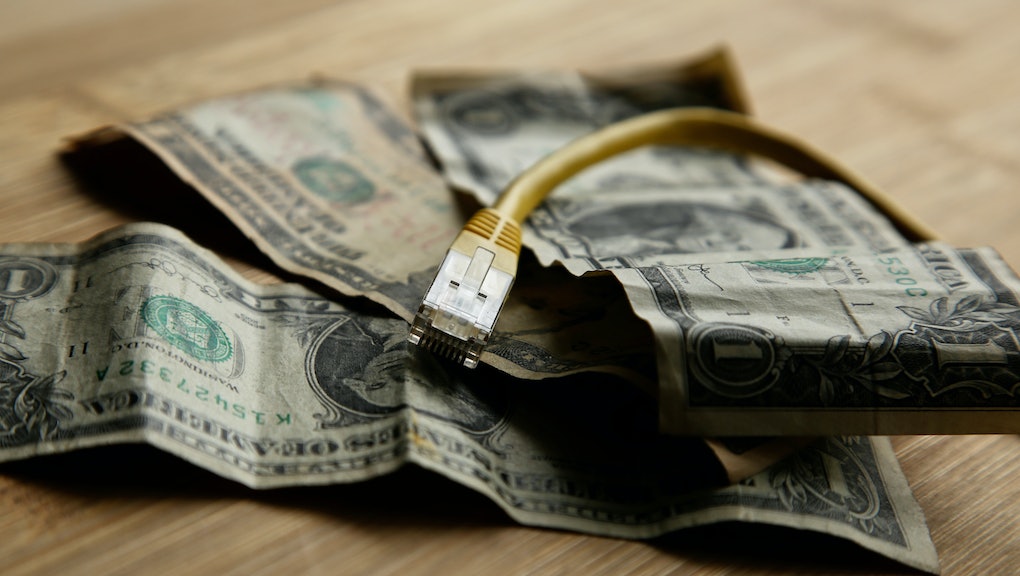 When Federal Communications Commissioner Ajit Pai moved forward with a plan to repeal net neutrality protections put in place during the Obama administration, he swore that it would be good for consumers. Pai, a former lobbyist for Verizon who was appointed as head of the commission by President Donald Trump, promised that stripping net neutrality protections would improve the overall internet experience. There would be better, faster broadband — and it would be more readily available, as internet service providers would expand their network into underserved areas. We would get more competition, better service, and cheaper prices.

A little more than a year later, not many of these promised outcomes have materialized. A report from Yahoo put some of Pai's claims to the test and found that much of the industry has continued to operate with a business-as-usual attitude, doing little to take advantage of the new, loosened regulations in a way that would benefit consumers.

In the areas consumers would notice most, things have remained about the same or progressed at the pace that they already had been when net neutrality protections were in place. Broadband internet speeds are up by about 40 percent across the country over the course of the last year, according to internet speed-test company Ookla. But internet speeds were already going up. The Internet and Television Association has bragged that internet speeds quadrupled between 2012 and 2017, during which the FCC's net neutrality rules were in effect.

Yahoo pointed out that the worst-case scenario presented by many open internet advocates has not come to pass since the repeal of net neutrality protections. That is largely true, though ISPs don't deserve much credit for their restraint. The companies remain on their best behavior with the fate of net neutrality still largely in flux. A bill that would reinstate the FCC's prior protections passed through the House of Representatives and could make it through the Senate as well, though a vote is currently being blocked. Meanwhile, states are starting to pursue their own net neutrality laws that could complicate matters for ISPs. Until things settle down, there's no reason for telecom companies to rock the boat and draw undue attention to any anti-consumer practices.

That hasn't entirely kept companies from testing the waters, though. AT&T has exempted its own streaming video service from its data caps, putting its own product at a significant advantage over the likes of YouTube and Netflix, which can quickly push a person past their monthly data limit. CenturyLink pulled perhaps the most brazen and absurd abuse when it blocked internet access for customers until they clicked on an advertisement for its own security software. Both of those actions would have received heavy scrutiny from the FCC if the agency still had its teeth, but now effectively go unchecked.

As for the idea that fewer regulations would lead to more spending by internet service providers to invest and upgrade their networks, that doesn't appear to be the case. Industry group USTelecom reported a $3 billion increase in broadband investment by companies between 2017 and 2018, but it also revealed that the biggest internet providers are spending less on their infrastructure. Verizon cut its investment by 3.4 percent over the course of last year, and most of AT&T's increase in spending can be attributed to a government-backed program to build an emergency responder network, according to Yahoo. AT&T's CEO also said last week that the company will slow down its build-out of fiber internet infrastructure going forward.

Very little of that is reassuring for the millions of Americans who still have no or limited access to high-speed internet. It looked like that figure was shrinking significantly when the FCC announced significant gains in broadband access earlier this year, but as it turned out the agency got its figures wrong. It claimed nearly two million more people gained access to high-speed internet than actually did, and has since revised its figures while still claiming victory in shrinking the digital divide.

There's a tendency with some to point to the fact that not much has changed about the internet without net neutrality protections as evidence that they weren't needed in the first place. But the main reason ISPs aren't making wholesale changes now is likely because they may have to roll them back if a new administration takes office in 2020 and brings more scrutiny to their practices. Even that won't stop the companies from nickel-and-diming consumers at every opportunity, making incremental changes that aren't on their own that offensive but could over time erode the principles of a free and open internet. Even if things aren't getting noticeably worse at the moment, that certainly doesn't mean they are getting better.