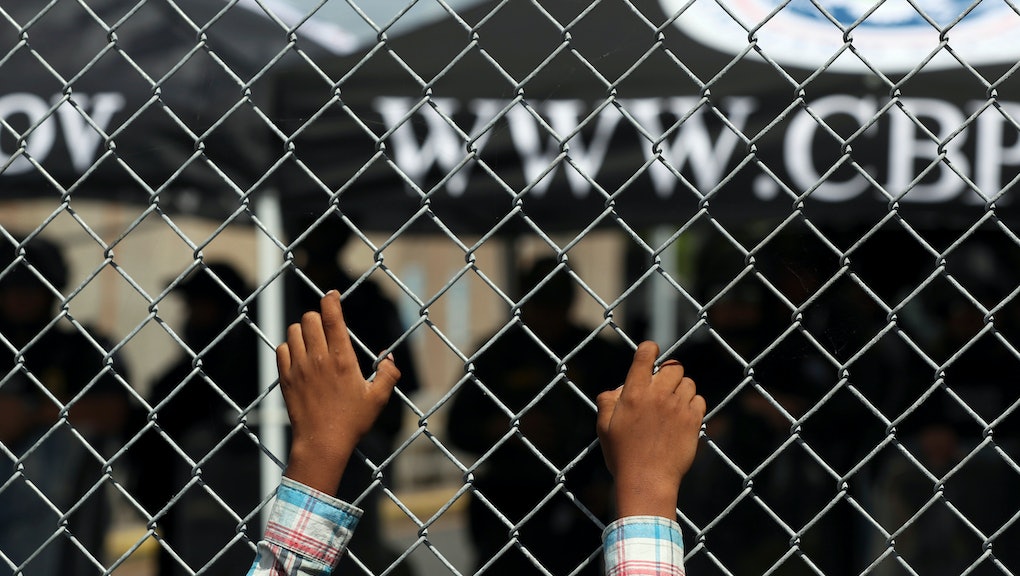 Since coming into power, the Trump administration has targeted immigrants through increased funding to Immigration and Customs Enforcement, policy changes at the border, and more. Now, a report by Reuters has revealed that one U.S. migrant policy sent thousands of children to wait indefinitely in Mexico until their asylum case could be heard. It raises further concerns about the dangers migrant children face under the Trump administration.

The Migrant Protection Protocols (MPP) were established in early 2019. Essentially, MPP forces asylum seekers to wait in Mexico through the duration of their U.S. immigration proceedings, often in hazardous towns or makeshift camps near the border.

The decision to put people into MPP is made by individual border agents on a case-by-case basis. According to the program's guidelines, unaccompanied minors shouldn't be sent back to Mexico, but children can be returned with their parents.

"More than 400 babies have been sent to Mexico to await U.S. immigration court dates, where dehydrated mothers struggle to nurse and parents chew up donated food to feed their infants," Reuters tweeted.

Due to MPP, children and their families are often left to live in areas where they remain vulnerable and susceptible to illness. This month, Human Rights First found there have already been 343 cases involving the rape, kidnapping, and violent assault of asylum seekers in MPP.

While MPP forces migrants back to Mexico, it gives no clear timeline on when they can leave. According to ReliefWeb, the backlog in U.S. immigration courts has reached over 80,000 cases — partially because the U.S. Justice Department only employs 396 immigration judges.

MPP has not gone unchallenged by civil rights groups. In February, the American Civil Liberties Union, Southern Poverty Law Center, and Center for Gender & Refugee Studies filed a federal lawsuit challenging the program. “This new policy severely undermines the very purpose of our asylum system, endangering rather than safeguarding the lives of our individual plaintiffs and others fleeing persecution,” Blaine Bookey, co-legal director of the Center for Gender & Refugee Studies, said.

The Trump administration's efforts to curb illegal immigration have had widely publicized effects on children. Last year, the "zero tolerance" policy separated thousands of children from their parents at the border, resulting in lasting trauma. Furthermore, in May, the Los Angeles Times reported that six children have died while in U.S. custody. Of those children, five were from Guatemala and one was from El Salvador.