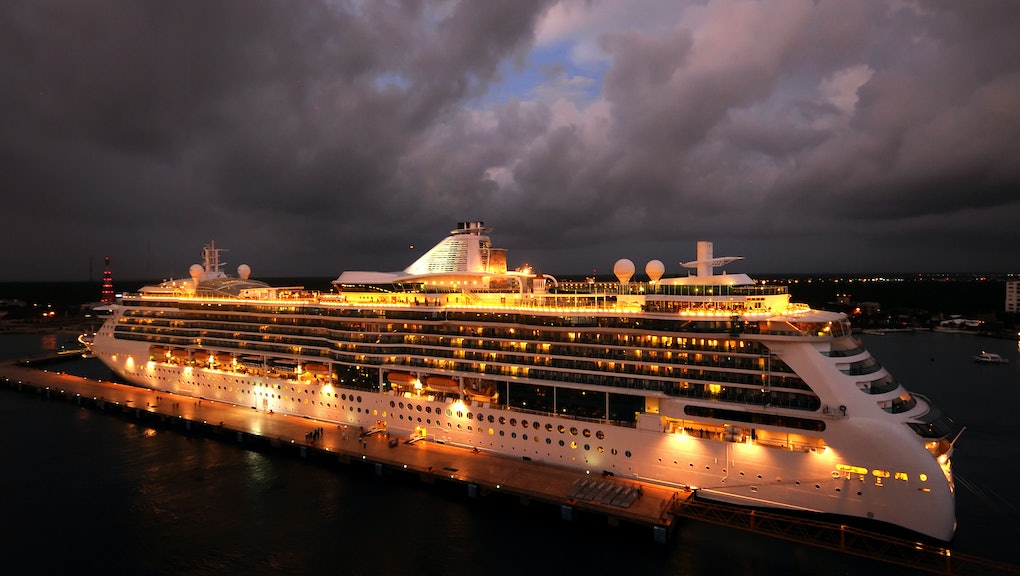 Reported sexual assaults on cruise ships jumped 67% in one year

Cruises have recently already garnered a decent amount of backlash for their damaging environmental impacts. Now, data from the U.S. Department of Transportation points to another reason to worry about them: the increase in alleged sexual assaults on cruise ships.

Cruises are terrible for the environment. The Environmental Protection Agency calculates that the average cruise ship churns out 21,000 gallons of sewage per day. Many cruise lines rely on outdated systems to filter their sewage, so much of the human waste that gets dumped into the ocean has been only minimally treated. Cruises also heavily consume fossil fuels; the amount of emissions someone produces on a week-long cruise is equal to what they would produce during a little more than twice that amount of time on land, per Vox. Also, emissions from these “floating cities” include nitrogen oxide, associated with higher rates of cancer and acid rain, according to Forbes.

As it turns out, cruises endanger not only the environment, but also the people they carry. An alleged 35 sexual assaults were reported from July 1 to September 30 on six cruise lines embarking from ports in the United States, CNN reports. That’s a 67% jump from the same time period last year and a 35% increase from the previous quarter.

This data was collected under the Cruise Vessel Security and Safety Act (CVSSA), which establishes security mandates for most ships that sail to and from US ports. The CVSSA requires alleged criminal activities aboard cruise ships, including homicide and kidnapping, to be reported to the FBI, per Forbes. Thirty-five of the 46 alleged criminal activities reported from July 1 to September 30 were sexual assaults, making it the largest category by a long shot.

In an email statement to CNN, Carnival pointed out that many of its US competitors embark from non-US ports and therefore don’t have to report alleged sexual assaults under the CVSSA. Likewise, the industry trade group Cruise Lines International Association noted that other businesses in the travel and tourism sector don’t need to adhere to CVSS the way cruise lines do. The problem, of course, is not the CVSSA, but that these sexual assaults happen at all.

Besides sexual assault, the alleged crimes reported under the CVSSA from July 1 to September 30 also included two missing US nationals, two assaults with serious bodily injury, and two cases of firing or tampering with a vessel, all reported by Carnival. Carnival also reported two alleged thefts greater than $10,000, while Royal Caribbean reported three.

Although Cruise Lines International Association told CNN that serious crime allegations are exceptionally rare on cruise ships, the point is that people shouldn’t have to worry about crime, period, least of all while vacationing on a palatial vessel.

More like this
This couple's gender reveal stunt started a deadly wildfire. They're now facing 20 years in jail
By Joseph Lamour
Should vaccinated people wear masks indoors?
By Peter Chin-Hong
This white woman called herself the Queen of Congee for “improving” a 3,000-year-old Asian staple
By Joseph Lamour
Stay up to date