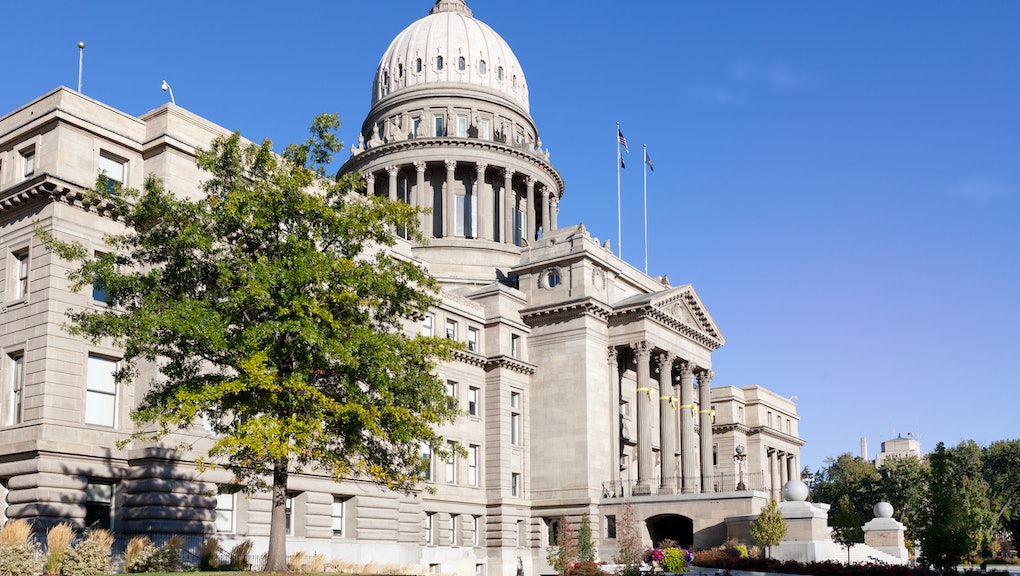 By a margin of 27-6, the Idaho Senate voted this week to pass a deeply transphobic piece of legislation that, if signed into law by the state's Republican governor, would effectively prevent Idaho's transgender population from correcting their birth certificates to align with their gender identity.

The Republican sponsored bill, officially known as HB 509, was passed along party lines Tuesday evening, just over two years after a federal judge ruled a similar bill unconstitutional in that state.

"There are five bills on our agenda that are going to be in court," state Senate Minority Leader Michelle Stennett, a Democrat, said during debate over the measure. "This is probably one of the most blatant ones because it is an intentional violation of the law."

"By not complying with the court order, we are placing the department and the employees right in the middle of the crosshairs of litigation," Stennett added. In February, Idaho's attorney general estimated the state would probably spend upwards of $1 million on court fees if HB 509 were to become law.

HB 509 is one of a trio of bills introduced in Idaho's state legislature this year. This week the state Senate also passed HB 500, a measure that prohibits transgender student athletes from competing on teams that align with their gender identity; it is now headed back to the state House to adopt the Senate's amendments. And earlier this year a bill designed to prevent transgender children from obtaining necessary therapy and medical treatment was introduced in the state House, but was eventually killed in committee.

According to the text of HB 509, birth certificates would only be allowed to be amended within one year of being issued. After that, the bill states, they "may be challenged in court only on the basis of fraud, duress, or material mistake of fact, with the burden of proof upon the party challenging the acknowledgment."

When the state House passed HB 509 last month, only two Republicans crossed party lines to vote against the measure. Rep. Linda Wright Hartgen, one of the two, explained her vote to the Idaho Statesman this way: "I listened to many people give their stories in committee, for hours, on why they needed their own stats to match their gender marker. Their stories were very compelling to me."

"My job here is to protect all of the people in my district and the state of Idaho," she added. "Not just those who look like me."

HB 509 now heads to the desk of Idaho Gov. Brad Little (R). Mic reached out to Little's office for comment on the bill's recent passage and will update this story if he responds.

More like this
A Philly foster agency can continue discriminating against LGBTQ families, SCOTUS rules
By Rafi Schwartz
The Biden administration just re-extended federal protections to trans students
By Rafi Schwartz
Rainbow-washing is all the rage among the big corporations this month
By AJ Dellinger
Stay up to date