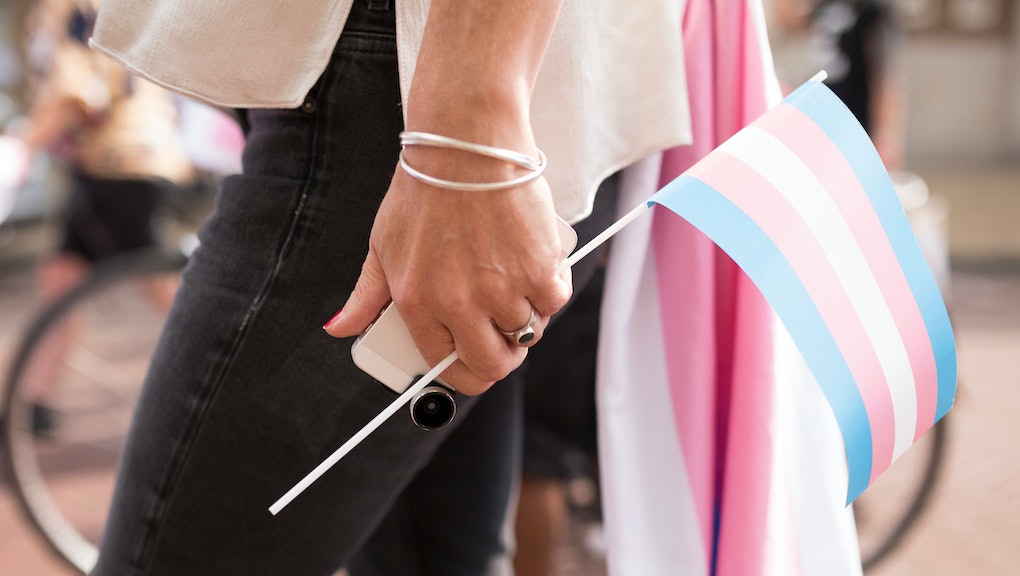 Across the nation, conservative legislators are using their power to go after transgender individuals. Now, two Republican lawmakers in Ohio are preparing a bill targeting trans youth that would stop them from accessing gender-affirming health care. The bill's sponsor claims that doing so is a way to look out for young people, but studies have shown this type of bill in reality helps no one.

Ohio state Reps. Ron Hood and Bill Dean plan to co-sponsor the bill. Although it isn't drafted yet, CNN reported that some of its main points will include prohibiting any medical and "therapeutic" practices related to gender-affirming care. Not only would the bill give families the ability to sue a provider for offering such treatments, but it would also put into place criminal penalties for medical professionals who do so.

The intention to criminalize treating transgender youth is reminiscent of a South Dakota bill lawmakers voted on last month. Also introduced by Republican lawmakers, the bill would have made it a misdemeanor for doctors to "change or affirm the minor's perception of the minor's sex." Although the bill was passed through the South Dakota House, it didn't pass the Senate.

Similar to South Dakota Rep. Fred Deutsch, who sponsored the bill in that state, Ohio legislators are couching their law in language of concern. At a press conference last week, CNN reported that Hood claimed, "What we are concerned about here is that Ohio's most vulnerable children are being subjected to experimental, unproven, and expensive treatments and surgeries."

"This bill is dealing with children under 18, who would be subjected to these procedures which are irreversible, and these decisions are obviously being made by children. The best suicide prevention is to cure and guide, not to sterilize," Hood said.

The irony in Hood's statement is glaring. Sure, trans youth are vulnerable, but that isn't because of the gender-affirming care many still struggle to receive. Instead, trans youth are made vulnerable due to transphobic policies and the lawmakers who push them through.

While Hood claims that trans youth are subjected to experimental and unproven treatments or surgeries, that's simply not the case. Most young people don't get any type of surgery at all; instead, they start with puberty blockers and other forms of hormone treatment.

Studies continue to find high rates of attempted or completed suicide among trans youth. Last week, a study in the journal Pediatrics found that trans youth who receive gender-affirming care are less likely to have suicidal ideation over their lifetime.

Leading medical organizations have taken note of these studies and reassessed their own policies. In 2017, the American Academy of Pediatrics released a statement saying, "The American Academy of Pediatrics stands in support of transgender children and adults, and condemns attempts to stigmatize or marginalize them." The next year, the AAP updated its policy to call explicitly for gender-affirming care for trans youth.

The proposed Ohio bill is just one of 57 across state legislatures aimed at limiting access to trans medical care, Cathryn Oakley, the state legislative director and senior counsel for the Human Rights Campaign, told CNN. Even if Ohio's bill sees the same stalled fate as South Dakota's, the frequency at which lawmakers are going after trans youth is alarming.

More like this
This anti-vaxx doctor is seriously telling lawmakers vaccinated people are "magnetized"
By Tracey Anne Duncan
The history of the LGBTQ+ Pride flag, from the OG rainbow to Progress Pride
By Vanessa Taylor
"Our society is really totally nuts": Newly revealed emails show how Fauci really felt during the pandemic
By Rafi Schwartz
Stay up to date