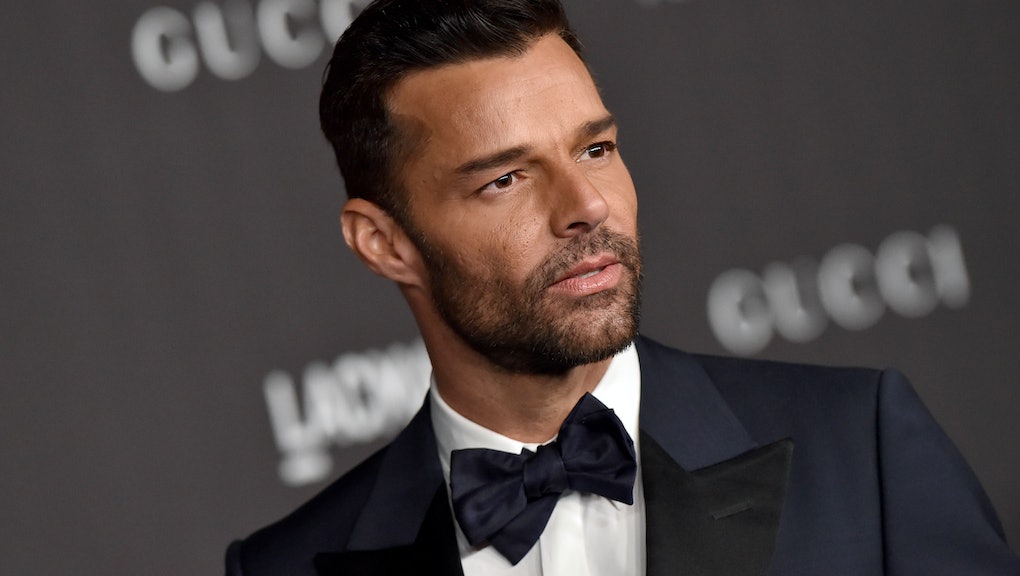 The question of Ricky Martin's sexuality haunted the singer years before he came out publicly in 2010. The unspoken question — "Are you...?" — hung over every interaction, Martin told People magazine, even as he was trying to figure out the answer for himself. "Am I gay? Am I bisexual? Am I confused? What am I?" the pop icon said he wondered. So in 2000, when Barbara Walters asked if he was gay point-blank on national television, Martin was completely blindsided.

"Livin' La Vida Loca" had dominated the radio waves the year prior, and the question of his sexuality was tabloid fodder. "You could stop these rumors," Walters baited him. "You could say, 'Yes I am gay or no I'm not.'" A visibly stunned Martin eventually demurred, responding, "I just don't feel like it."

In his cover story for People's second annual Pride Issue, Martin said that interview still bothers him. "When she dropped the question, I felt violated because I was just not ready to come out. I was very afraid," he confided. "There's a little PTSD with that."

Martin married his husband, Syrian-Swedish artist Jwan Yosef, in 2017, and they're the fathers of four children. While everyone's journey is different and there's no one-size-fits-all for coming out, Martin said a part of him wishes he had come out earlier: "A lot of people say, what would you do differently? Well, maybe I would have come out in that interview," he told People.

"It would've been great because when I came out, it just felt amazing," Martin continued. "When it comes to my sexuality, when it comes to who I am, I want to talk about what I'm made of, about everything that I am. Because if you hide it, it's a life-or-death situation."

Martin noted that representation is a lifeline for queer kids: "There are many, many kids out there that don't have someone to look up to. All they have around them is people telling them, 'What you're feeling is evil,'" Martin told People. But the singer also acknowledged that the attempt to out him before he was ready was traumatizing. "You can't force someone to come out," he said. "If you have an egg and you open it from the outside, only death comes out. But if the egg opens up from the inside, life comes out."

Check out Martin's extended sit-down with People below:

More like this
How did soy milk get so queer?
By Ian Kumamoto
Colin Kaepernick's new Netflix documentary highlights the man behind the icon
By Keith Nelson Jr.
Steve from 'Blue's Clues' gave us the closure we didn't know we needed
By Kara Weisenstein
Stay up to date