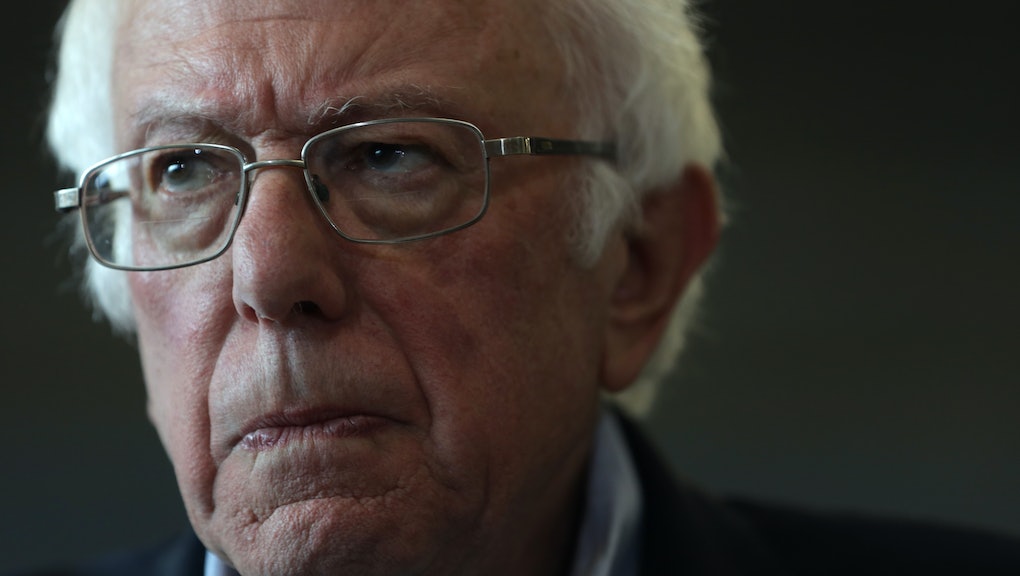 Mark Levin and Michael Savage are two of the most prominent firebrands in the world of conservative radio, so it’s not surprising that they have a gift for hyperbole. Still, over the last two days, the hosts — both of whom are Jewish — have outdone themselves with the ferocity of their attacks on Bernie Sanders’s Jewish identity. On air Tuesday, Levin accused Sanders, a Jewish man whose family died in the Holocaust, of anti-Semitism. He framed his statement as an attack on journalists, whom he accused of “giving Bernie Sanders a pass on his deep-rooted anti-Semitism and the deep-rooted anti-Semitism of a number of his top surrogate lieutenants.”

Levin continued in this vein, drawing parallels between Sanders and the Nazis who killed the Vermont senator’s family. “The kind of people Bernie Sanders is pulling around him could come out of the Third Reich,” Levin said. “The man leading the Democrat Party right now is embracing an Islamo-Nazi mentality when it comes to the Jewish state. He hates America. Every proposal he has is not merely to fundamentally transform one institution or another, it's to burn them down to the ground.”

This isn’t substantively much different from the way these types of far-right commentators spoke about President Barack Obama, whom they often accused of being a communist trying to destroy America, and so on. Still, there’s something especially grotesque about accusing Sanders of literally being a Nazi.

Savage, who may be even further out in the fringes than Levin, went on a similar rant about Sanders on Tuesday in which he accused the Democratic frontrunner of being insufficiently Jewish.

“Bernie Sanders is a communist, a lifetime communist,” he said. “These are left-wing socialist Jew — shut up. Shut up, boy. Shut up, boy. Shut up. I know these types. They are the types that pollute synagogues with their communism. They're the types that drove children out of the synagogues with their lies […] To say that Bernie Sanders represents the values of Judaism, as a communist, is so dangerous for Jewish people in the world right now that only a person who is disconnected from reality could say a thing like this.”

Savage’s use of the term “pollute” itself reeks of anti-Semitism, conjuring up ancient and well-worn stereotypes of Jews as being unclean. What this comes down to is that right-wingers see themselves as the only true arbiters of what makes someone Jewish. And when prominent Jews dare to diverge from their orthodoxy, they don’t hesitate to turn to throw gutter attacks at them.