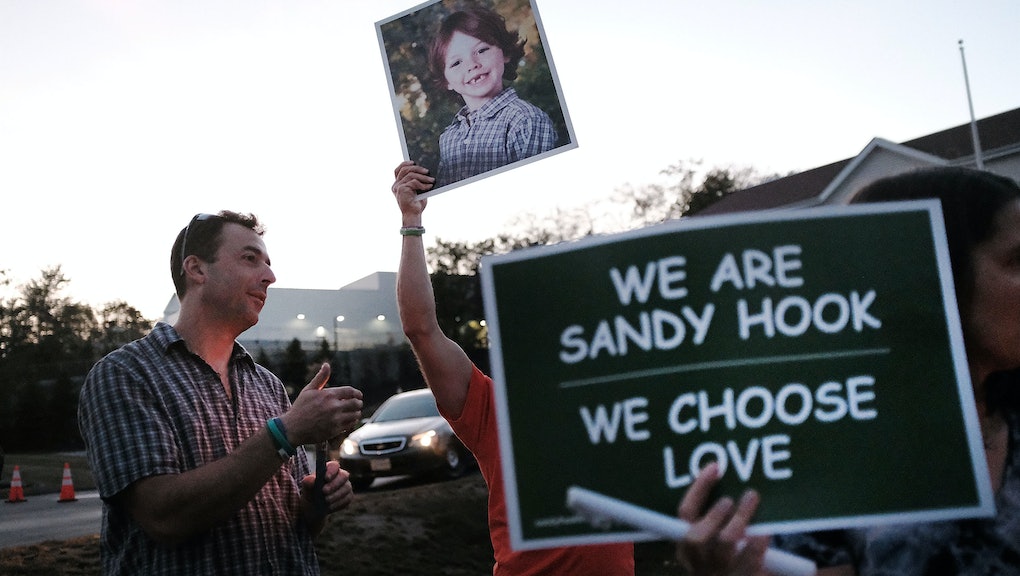 The Supreme Court ruled Tuesday that the families of the victims killed during the Sandy Hook mass shooting could sue the manufacturer of the gun used during the 2012 massacre. The court rejected an appeal from Remington Arms Co. to dismiss a lawsuit filed by the victims' family members in 2014. Remington produced the AR-15 rifle that shooter Adam Lanza used to kill 20 children and six adults at Sandy Hook Elementary School in Connecticut. The lawsuit was filed by a Sandy Hook survivor and the relatives of nine other victims.

The company argued that it was shielded by the Protection of Lawful Commerce in Arms Act, a 2005 law that ruled gunmakers are not liable if their merchandise is used during a crime, CNBC reported. The only exception to the rule is if a company used illegal methods to market its products. In the Sandy Hook lawsuit, the families claimed that Remington branded the AR-15 "as a highly lethal weapon designed for purposes that are illegal — namely, killing other human beings." CNN reported that the court documents also argue the gun is "designed as a military weapon" and "engineered to deliver maximum carnage." The families additionally claimed that Remington intentionally advertised the weapon to young males like Lanza by placing the rifle in violent video games, the New York Daily News reported.

The plaintiffs said they are "grateful" for the Supreme Court's decision and believe Remington's appeal was its "latest attempt to avoid accountability." Their legal team said they're ready for the upcoming trial and intend "to shed light on Remington's profit-driven strategy."

Remington, meanwhile, has the support of the National Rifle Association, which deemed the lawsuit "company-killing." Assault-style weapons similar to the AR-15 have been used in many high-profile tragedies in the U.S. in recent years, including the Pulse nightclub shooting in Orlando, Florida, that killed 49 people in 2016, and the 2017 shooting at a concert on the Las Vegas Strip that killed 58 — the deadliest mass shooting in American history.