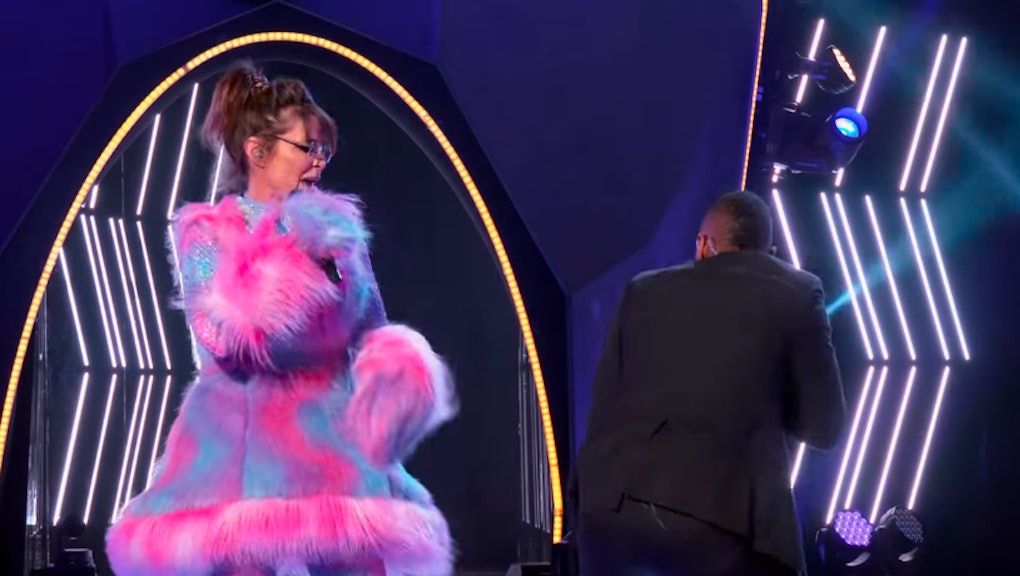 Some moments stick out for how succinctly they appear to sum up everything. Sarah Palin, the former vice presidential candidate and governor of Alaska, was the latest contestant “unmasked” on the Fox network singing competition The Masked Singer. It felt confounding in a way that’s frighteningly unfamiliar. The show’s broadcast was punctuated with an announcement from President Trump of his administration’s sudden travel ban on Europe in response to the escalating spread of coronavirus globally. Within an hour, we’d learn that Tom Hanks and Rita Wilson tested positive for the illness. On the same night, the NBA would indefinitely put its season on hold, with other leagues likely to follow. Amidst of all this, just moments before Trump addressed the nation, Sarah Palin was seen rapping to “Baby Got Back” in a pink bear suit on Fox.

Imagine, for a moment, telling someone at any point between the years of 2008 and 2015 about this sequence of events.

The Masked Singer is pretty easy to take for granted these days, with the extravagant costumes and surreal assembly of judges. Like most reality competitions, it attracts a specific kind of B or C list celebrity who could use the exposure in some way or otherwise needs something to do. The only major exception to the rule’s been Lil Wayne, who appeared in an episode after the Super Bowl, but even he had a new album to promote that week.

Palin gravitating to this sort of spectacle isn’t without precedent since nearly every member of her family has been involved in some kind of reality programming. There was Sarah Palin’s Alaska on the Discovery Channel in 2010, Bristol Palin: Life’s a Tripp on Lifetime two years later, Bristol’s appearance on Dancing with the Stars, even grandson Tripp flossing on Dancing with the Stars: Juniors. It’s not outside her realm, but hard not to notice that The Masked Singer is still probably the most debasing thing anyone who’s run on the vice presidential ticket has ever participated in on national television. Everyone else in the audience having a blast gets to share a little residual shame, too.

You often hear that we’re living in some combination of The Matrix, Idiocracy, or The Leftovers. But it would appear that we’re starting to see learning much dumber reality actually is.

More like this
The 8 best reality shows you're not watching, but should be
By Brandon Yu
Megan Rapinoe, Nneka Ogwumike, and 500 more elite women athletes took a stand for abortion rights
By Keith Nelson Jr.
Changing ‘The Activist’ from game show to documentary misses the point
By Shamira Ibrahim
Stay up to date