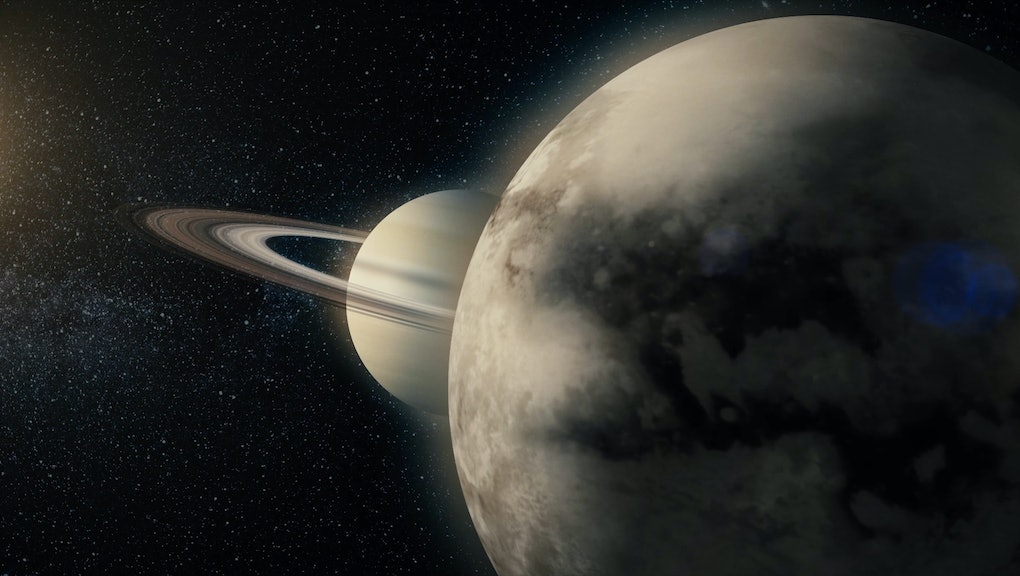 Saturn's moon Titan may not actually be viable for extraterrestrial life

For some time, Saturn's Earth-like moon Titan was considered a likely candidate for hosting life due to its dense atmosphere and the existence of liquid on its surface. Now, it looks like the dream of life on Titan has essentially died, thanks to a research paper published in the journal Science Advances. The reason? It turns out previous research that established said liquid on the surface and dense atmosphere may not have been entirely accurate.

Titan is the second largest moon in our solar system following Jupiter's Ganymede, and with findings in the past potentially indicative of supporting life, it has been viewed as a viable contender as a host for extraterrestrial life. Scientists believed that, in the aforementioned liquid on the surface, complex structures could potentially be found similar to the ingredients necessary to support life on Earth.

These ingredients include lipid molecules, or fatty acids, that can arrange themselves on their own to form cell barriers around known lifeforms. Scientists believe these molecules are part of the first ingredients for life, present before life began blossoming on Earth so many years ago. Researchers had hypothesized in the past that similar molecules had emerged on the surface of Titan — nitrogen-based "azotosomes," which would rely on exact conditions present on Titan to come into being. Those conditions already exist: a temperature of around minus 300 degrees Fahrenheit and a lack of liquid water or oxygen-rich atmosphere.

Through the usage of molecular dynamics simulations, which have been relied on in the past to analyze the building blocks of life itself, scientists posited that these types of "bubble structures" could eventually become common on moons similar to Titan. These bubble structures refer to bubbles thought to form in the pools of liquid on the moon's surface. But as the paper published in Science Advances suggests, using simulations that utilize quantum mechanics, that theory is incorrect.

Researchers studied the hypothetical structures in terms of "thermodynamic viability," where chemicals would arrange themselves in low-energy patterns. Researchers would test whether the azotosomes would be part of the most efficient way for the nitrogen-bearing molecules to come about. Titan is indicative of "strict test case for the limits of life," according to researchers, but it turns out that azotosomes, according to their paper, they aren't actually viable on Titan.

In a statement, researchers noted that continuing to investigate the azotosomes via simulation would help NASA figure out the correct type of experiments to include on its upcoming Dragonfly mission to Titan. It isn't set to launch until 2030, but it's set to investigate the findings proposed by the aforementioned research further.

Whatever the findings do end up confirming (or not confirming), the search for intelligent life presses on. When it comes to finding alien life, scientists have made headway recently by suggesting that researchers take a look around locations surrounding the white dwarf stars throughout the universe. According to SUNY Stony Brook's Paul M. Sutter, it's possible that the remnants of some type of life could indeed be found surrounding these former stars. There are still various avenues through which scientists could potentially seek out life among the stars, but like, with recent advancements with Titan, it all depends on additional research that needs to be conducted. Hopefully definitive answers are on their way out soon enough.

This article was originally published on Feb. 18, 2020

More like this
Space debris from a rocket launch is currently hurtling toward Earth
By AJ Dellinger
Brood X is here, but I'm okay with it actually
By Rafi Schwartz
Worm composting: A beginner's guide
By AJ Dellinger
Stay up to date