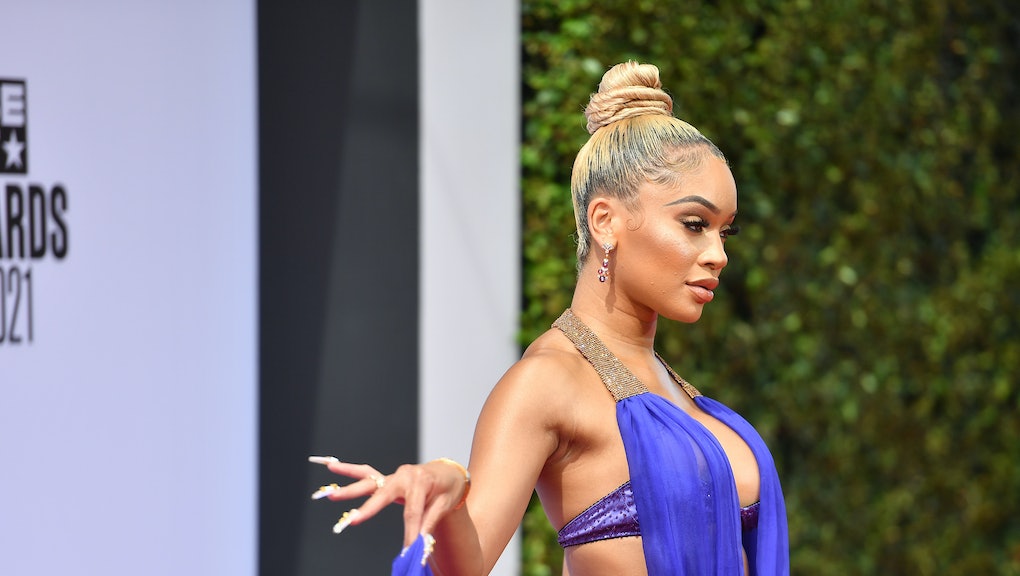 Ahead of her upcoming album, Pretty Bitch Music, the rapper Saweetie spoke candidly in a recent profile in New York Magazine about the tricky successes and trials of her quick ascent over the last couple years, including the complicated truth that part of it is owed to Dr. Luke, the mega producer who Kesha has accused of rape.

One of Saweetie’s megahits, “Tap In,” was produced and co-written by Dr. Luke, and released in June of last year, well after the producer had been publicly outed for his predatory behavior. The song was, in fact, part of his return to the industry after the rather short fallout following Kesha’s allegations; a judge dismissed Kesha's claims in 2016. But Saweetie clarifies in the article that she had not known about the accusations until after the song's recording.

The continued success of a man who has been infamously called out as a rapist is, of course, nothing particularly surprising — heinous men in power will thrive if the house is built by them. The more tragic aspect, though, was the specific complexities of power that Saweetie details having to contend with as a young artist. After “Tap In,” she had another hit song produced by him, “Best Friend (feat. Doja Cat),” which came out earlier this year. Why would Saweetie continue to work with Dr. Luke so far after learning of his history?

“When I was put in the position to work with him, it was a bundle deal,” Saweetie told New York. “I had those songs for over two years. So what do you think? Do I compromise my artistry, do I keep them in the vault, or do I release them?”

Part of Saweetie’s early success, in essence, was held hostage — would it be worth it to trade what was ultimately career-solidifying work for a symbolic stand?

Perhaps it would be, but the real issue is how the circumstances are a microcosm of how a broken music industry, or really any major industry, operates — a pyramid of successful men so embedded in power structures that recovering from a fallout only requires young talent vulnerable enough to be exploited. This is essentially the blueprint Dr. Luke followed in catapulting himself back into the industry: as the article notes, his comeback included producing hits for Juice WRLD and Doja Cat, alongside Saweetie, all of whom were young starlets whose big breaks hinge upon someone like Dr. Luke.

When asked if, knowing what she knows now, she would work with Dr. Luke again, Saweetie was somewhat dodgy, but firmly implied she wouldn’t. The exchange, and her discomfort, is perhaps necessary, but also a mirror of a tragic truth: As things have often worked, a woman is left to be questioned and to answer for the misdeeds of a bad man. It’s the way things have always worked.