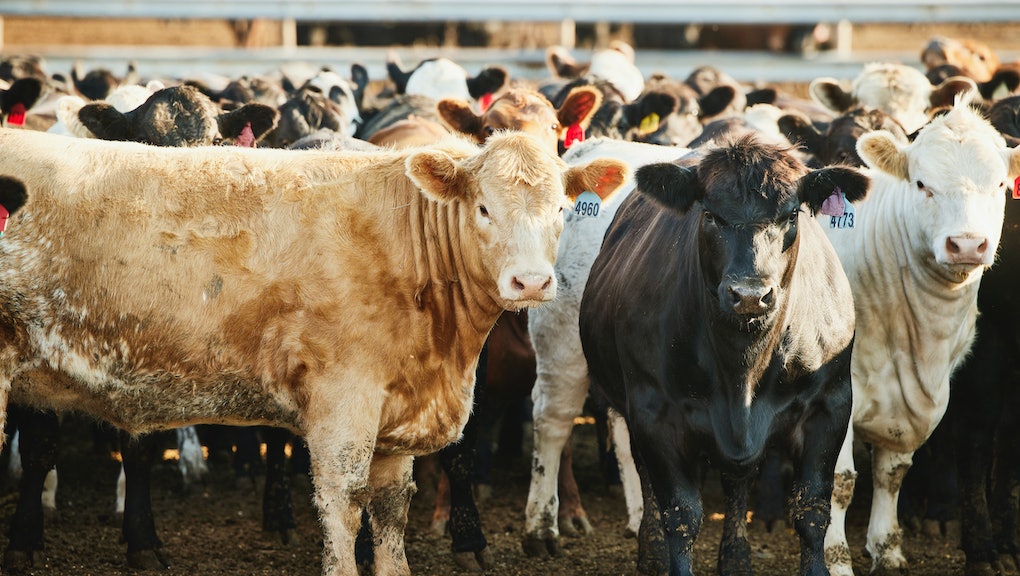 You probably already know that cow farts and burps are bad for the planet, emitting a shocking amount of methane with each passing flatulence. Well, guess what? Cow pee is also hurting the planet for similar reasons, and cows pee a lot. One way to address this problem is, apparently, to potty train the cows to use a toilet that can treat the urine so it does less damage.

Does that sound convoluted? Yes. Is it happening anyway? Absolutely. Scientists in Germany have trained nearly one dozen cows to empty their tank in an area where their urine can be collected, treated, and safely disposed of, without the significant contribution to greenhouse gases.

The project, developed in tandem with researchers at the University of Auckland in New Zealand, requires cattle to be trained to pee in a designated spot that allows for efficient urine collection — basically like a toilet for cows. The brains behind the effort are calling the MooLoo, which, we have to say, is pretty brilliant. And while it's cute to imagine cows sitting down on a toilet, that's not quite what happens. Instead, they pee in a pen, which collects all the waste to be treated before it can turn into a pollutant.

In order to teach the cows to do their business in the MooLoo, scientists basically treated the cattle like children who needed to be potty-trained. They used a sweet treat to guide the cows into the pen where they are meant to pee; if the cows relieved themselves where they were supposed to, they got the treat. If they emptied their bladder outside of the pen, they got hit with a short burst of water instead. Researchers said that after 15 days, 11 out of the 16 cows that were a part of the initial experiment were using the MooLoo properly.

"The cows are at least as good as children, age 2 to 4 years, at least as quick," senior study author Lindsay Matthews, an animal behavioral scientist at the University of Auckland, told the Associated Press in what can only be viewed as some shade thrown at children everywhere.

Getting cow pee out of the agriculture sector is important. Cows can produce up to eight gallons of urine a day, and all that pee contains nitrogen. When cows are allowed to relieve themselves wherever they want, it results in the nitrogen from their urine mixing with the ammonia in feces and creating an environmental hazard. When that toxic mix is in the air, it can result in acid rain, or mix with water and turn into nitrous oxide, a harmful airborne pollutant that traps heat and eats away at the ozone layer. According to the Environmental Protection Agency, nitrous oxide made up 7% of all greenhouse gases in the U.S.

Simply training cows to pee somewhere new isn't going to save us from climate change. That will require a complete overhaul of the agriculture industry, and reimagining how and what we eat. But the MooLoo does provide a potential way to mitigate the damage cattle do to the planet. Plus, it gives us an excuse to use the term "MooLoo."

More like this
Animals are "shape-shifting," and scientists think climate change is to blame
By AJ Dellinger
Biden's new office to fight for environmental justice already faces an uphill battle
By AJ Dellinger
Jeff Bezos is too rich for one lifetime, so he's trying to live forever
By Joseph Lamour
Stay up to date