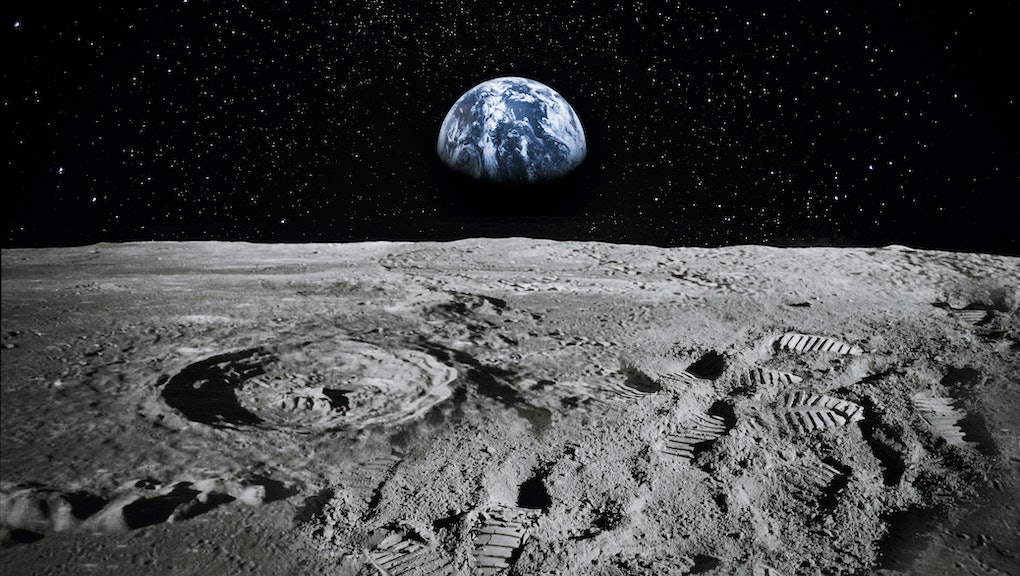 Future astronauts heading to the moon may end up living in bases made out of their own pee. That's according to a recent study published in the Journal of Cleaner Production, which found that human urine may be the perfect building material for space.

In cooperation with the European Space Agency (ESA), researchers from Norway, Spain, the Netherlands, and Italy discovered that mixing urea, an organic compound in human urine, with lunar material could make a sort of moon plasticizer.

SINC, the news agency of the Spanish Foundation for Science and Technology, reported that researchers were able to use a 3D printer to create models from the material. Ramón Pamies, a professor at the Polytechnic University of Cartagena, told the outlet that the study has shown how a "waste product" could be recycled.

The idea of using pee to build anything might seem weird, but the moon differs from Earth in many ways. One of those ways, for instance, is that on the moon pee makes for a good and not weird construction material. This comes down to a couple of reasons, the first being that transporting materials to the moon is wildly expensive — about $10,000 per pound, according to SINC. Pee from astronauts, on the other hand, is free. There's also the issue of temperature fluctuations. According to Space.com, the moon can have extreme temperature fluctuations from radiation or even meteorite impacts, and urea seems well-suited to hold up in those extreme conditions. Also, there's already a tank of the stuff just sitting up there from the Apollo astronauts.

People haven't been to the moon since the final Apollo mission in 1973, where astronauts clocked the longest time on the moon at almost 75 hours. However, in October 2019, NASA awarded $43.2 million to space tech companies, including Jeff Bezos' Blue Origin, to enable its Moon to Mars program. The first mission aims to send humans to the moon by 2024.

But this study doesn't mean pee will be the go-to method for building on the moon. Anna-Lena Kjøniksen told SINC, “We have not yet investigated how the urea would be extracted from the urine, as we are assessing whether this would really be necessary."