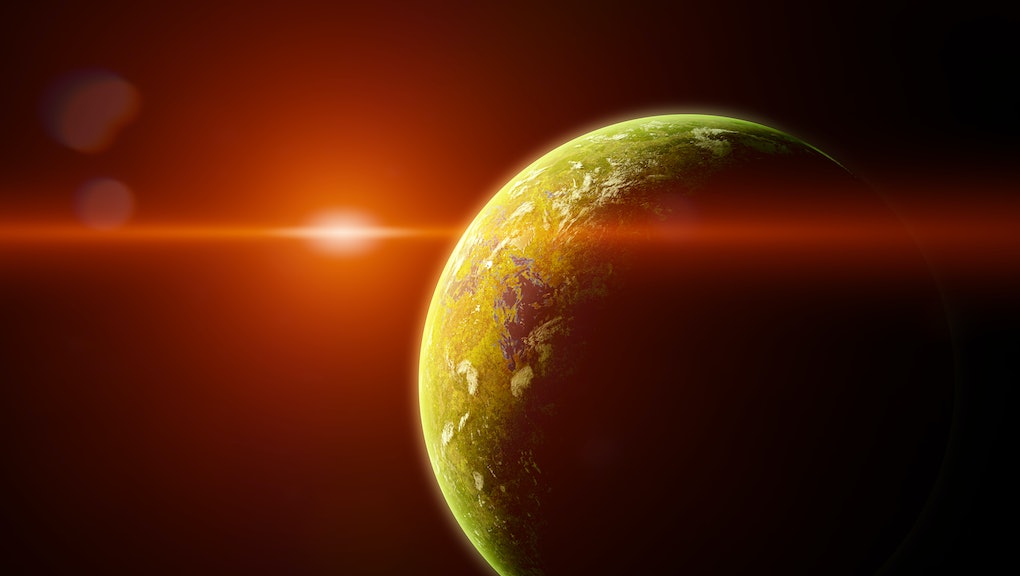 Scientists discover exoplanet with water vapor in the atmosphere, which could mean it's habitable

We just got one step closer to learning if there is other life outside Earth and our solar system. In a paper published in Nature Astronomy, scientists revealed that, for the first time ever, they have detected water vapor in the atmosphere of an exoplanet that is within the habitable zone of a star. The planet, dubbed K2-18b, now represents the best chance of supporting life outside of Earth.

Located just a short 110 light-year trip from Earth — for context, Mars is just eight light minutes away from us — K2-18b represents a breakthrough discovery as scientists sift through thousands of exoplanets in search of signs of life. According to astronomers and researchers involved in the project, K2-18b is the only known planet outside of our solar system that has the proper temperature and atmosphere to support life. The determination that water vapor is present on the rocky exoplanet suggests that it is the "best candidate for habitability." What isn't known, though, is whether K2-18b has surface water like oceans or lakes. It also isn't clear whether or not it currently hosts any life forms.

While K2-18b represents a potential to be Earth-like, it also is quite different from the planet that we call home. Scientists say that it is about twice the size of Earth and about eight times as massive. Its atmosphere contains a much higher concentration of hydrogen gas than ours, which is largely dominated by nitrogen. K2-18b is said to have about the same density as Mars, suggesting that it is a rocky planet. That's a good sign for the possibility of the exoplanet being habitable.

Prior to the discovery of K2-18b, the search for an inhabitable planet outside our solar system was feeling a bit futile. Scientists have spent a considerable amount of time trying to track down planets with traces of water in the atmosphere and have come up largely empty. There have been instances of water found on gassy exoplanets, but those are not believed to be habitable by human-like life forms because they show limited capacity for carbon, nitrogen and oxygen — the building blocks for life as we know it. The goal for discovery has always been to find a rocky exoplanet with water, and after studying thousands of possible destinations, K2-18b finally represents a possibility for supporting life.

We still have a ton to learn about our own solar system, let alone the exoplanets that exist outside of it, but scientists are getting increasingly closer to discovering potential signs of life elsewhere. The Kepler Space Telescope revealed to scientists that there are far more potential planets that would meet the requirements to support life than once thought possible. In examining the Cygnus constellation, the telescope found as many as 50 planets that are within the habitable zone of their respective stars and are about the size of Earth. Its discoveries suggest that rocky planets are far more common than we once thought them to be. That, combined with our improved capabilities of detecting the potential conditions that could support life, means that we are moving closer and closer to finding a truly habitable planet somewhere out there. In 2015, NASA chief scientist Ellen Stofan predicted that we will discover signs of alien life by 2025 and should have definitive proof of its existence within 20 to 30 years. The discovery of K2-18b and its water vapor moves us one step closer to that prediction becoming a reality.

More like this
Elon Musk's Neuralink made a device that lets a monkey play Pong with his thoughts
By AJ Dellinger
Biden is going big on offshore wind — and it could create tens of thousands of new jobs
By AJ Dellinger
"Brood X," a plague-level cicada infestation, is coming for us this spring
By Rafi Schwartz
Stay up to date