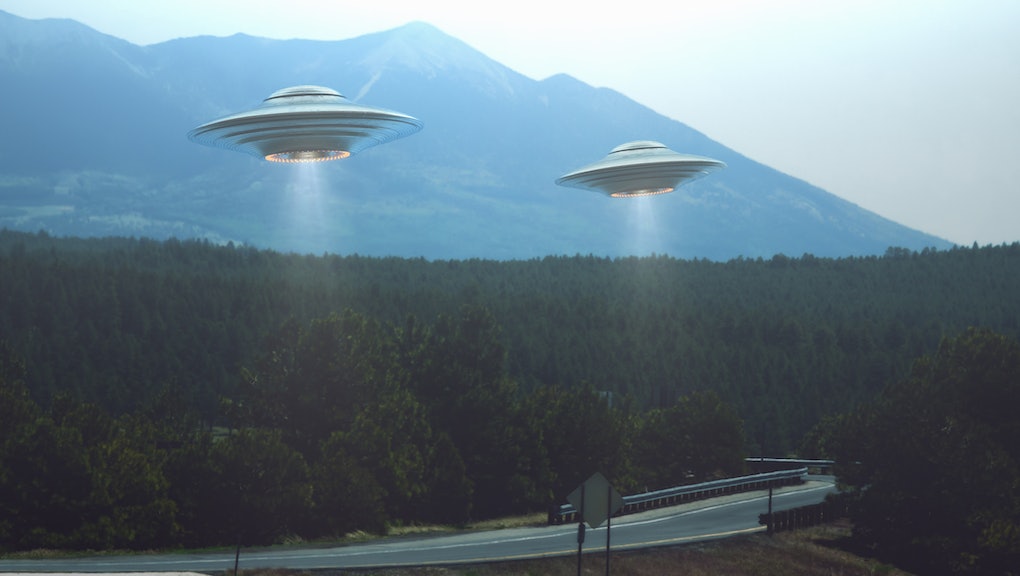 The raid on Area 51 never happened, but astronomers are still working hard to figure out whether or not we’re all alone on this big blue rock. Today, a team of researchers with the University of Nottingham published a new study in The Astrophysical Journal that provides an estimate on just how many potential alien civilizations possessing the ability to communicate with us could be out there. The answer is 36.

Scientists have long debated the existence of alien life. The lack of evidence, along with theories that habitable planets like Earth exist, has puzzled researchers so much that it’s become a conundrum called the Fermi Paradox.

In 1950, Italian-American physicist Enrico Fermi noted during a casual group lunch with other physicists that it didn’t make sense that Earth was the only planet of its kind. His words continued to baffle his peers long after his passing in 1954 when other researchers decided to take on the task of figuring out why we are seemingly alone.

American astronomer and astrophysicist Frank Drake even tried to create a mathematical formula that would predict the number of alien civilizations out there. In 1965, he wrote down seven factors, together called the Drake Equation, that were necessary to get a good estimate. The list included factors such as knowing how many stars form per year in the galaxy; how many stars have planets; how many of those planets have life; how many of those life-bearing planets have civilization and the technology to communicate; and whether that civilization would send signals into space for others to catch. Unfortunately, researchers only have data on the number of stars formed in the galaxy, which makes the equation more something for astronomers to ponder rather than an accurate estimate of anything.

Instead of grasping for factors mankind still can’t measure, the University of Nottingham’s researchers decided to use Earth as a basis for their calculations.

“Basically, we made the assumption that intelligent life would form on other [Earth-like] planets like it has on Earth, so within a few billion years life would automatically form as a natural part of evolution,” the study’s co-author, Christopher Conselice, told The Guardian. Using Earth narrowed down the factors to planets with life-giving characteristics residing within solar systems and suns like ours — which gave researchers more actual data to rely on for calculations and ‘stricter’ assumptions that were less speculative.

With this principle, called the Astrobiological Copernican Principle, the scientists estimated there should be at least 36 alien civilizations out there on a planet like Earth that have discovered radio communication and are dabbling in space exploration or sending signals into space.

But if that’s the case, why haven’t we been in contact yet? Conselice hypothesized that we’re still too far away to communicate with each other. “They would be quite far away … 17,000 light years is our calculation for the closest one,” the researcher told The Guardian. Which means it’d be another 6,120 years before you can invite an alien to join your zoom happy hour.