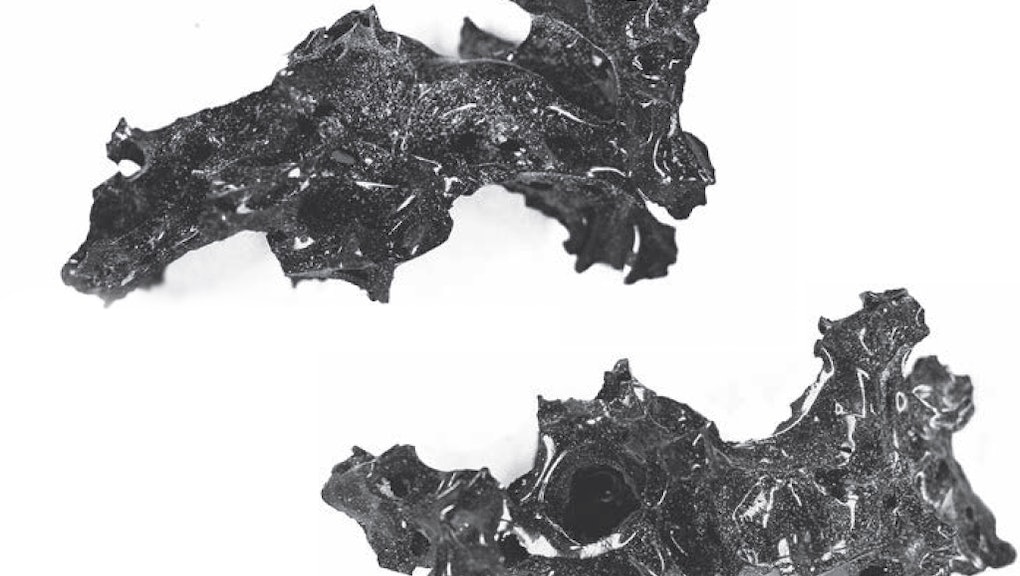 Mount Vesuvius is infamous for destroying the ancient cities Pompeii and Herculaneum. When it erupted in A.D. 79, the heat, lava, and ash from the volcano killed the townspeople of Pompeii so quickly that it preserved their bodies near-perfectly as they struggled to escape their deaths. Anthropologists and other experts have spent years studying and excavating the remains.

And they continue to learn new things to this day. Earlier this month, a forensic anthropologist named Pier Paolo Petrone published the findings of his team's study. The new discovery — shimmering, black rock-like substances found within the skulls of the deceased. But they weren't pieces of the volcanic rock, obsidian.

They were solidified human brains.

“The preservation of ancient brain remains is an extremely rare finding, but this is the first ever discovery of ancient human brain remains, vitrified by heat at about 950°F produced by a volcanic eruption,” Petrone wrote to Vice in an email.

When an object is 'vitrified,' it typically means that it was turned into a glass-like substance through heat. In other words, the heat of the volcano's eruption was so hot that it turned human brains into this black, obsidian-looking material. Or, as Vice put it, "Mount Vesuvius literally exploded the heads of many of its victims."

The researchers confirmed their findings by analyzing the hard substance found in the heads of the remains. They found fatty acids and proteins consistent with what one would expect in human brains. After gathering more context through further examinations of the environment the bodies were discovered in, the team reached a conclusion. When Mount Vesuvius erupted, temperatures likely jumped to as high as 950°F. The incredibly hot air suddenly turned the brains of people into hardened rock, killing them, and leaving the bodies to be preserved where they lay as they were buried in ash.

It's a morbid but fascinating find. According to Livescience, researchers estimate that the eruption of Mount Vesuvius in A.D. 79 killed about 30,000 people. The few survivors lived on to write about the incident, providing additional clues about the event to historians many years later. Mount Vesuvius is still an active volcano today, the only active volcano in mainland Europe, though it's been a long time since it last erupted.

Despite its current silence, it's considered one of the world's most dangerous volcanoes. Volcanologists predict that nearly 600,000 or more people could be in immediate danger if the volcano ever erupts in its characteristic, explosive way. The Italian government has taken this prediction to heart and maintains an emergency plan should disaster strike again.

More like this
The U.S. is spending millions to develop a nuke-powered spaceship
By AJ Dellinger
What cities will be most affected by climate change?
By Vanessa Taylor
"Brood X," a plague-level cicada infestation, is coming for us this spring
By Rafi Schwartz
Stay up to date