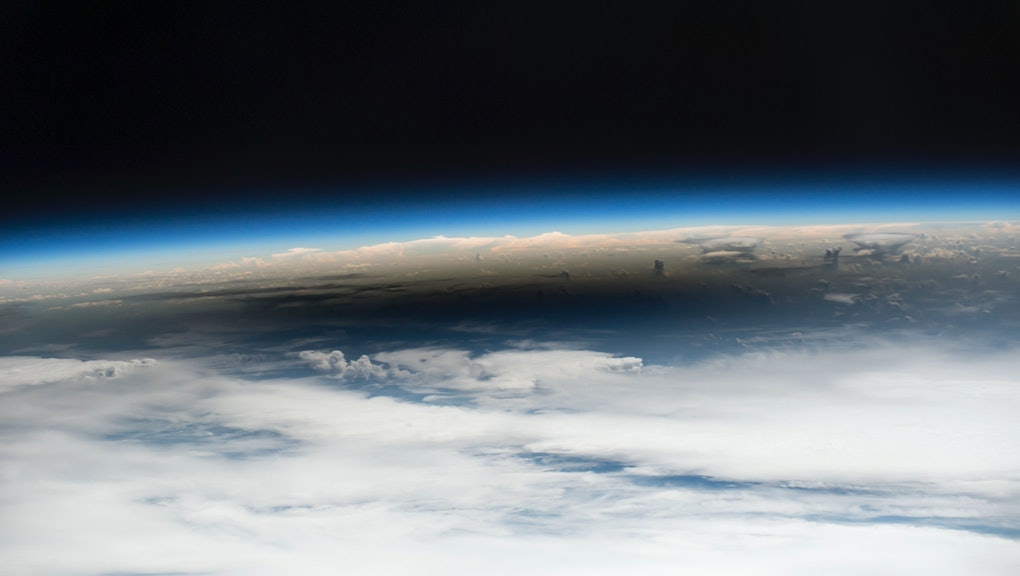 Scientists just discovered that space hurricanes are a thing

We know hurricanes are becoming more frequent occurrences and happening outside of the typical hurricane season, but this is ridiculous. According to a study published last month in the journal, Nature Communications, scientists have officially identified the first known space hurricane. That’s right: Apparently, a 600-mile-wide twirling torrent of plasma spent more than eight hours hovering in the Earth's upper atmosphere over the North Pole in 2014.

Scientists have theorized about the possibility of space hurricanes for some time now, but this study marks the first observed instance of the phenomenon. Researchers performed a retrospective analysis of satellite images from August 20, 2014 and recreated the event with 3D imaging to get a better idea of how the hurricane formed and behaved.

According to researchers, the space hurricane occupied the Earth's ionosphere, which spans roughly 50 to 400 miles above the planet's surface. The space hurricane's behavior reflected many of the qualities we’re familiar with from earthbound hurricanes. The space storm spun counterclockwise for about eight hours, producing multiple spiral-shaped arms and raining down electrons instead of water, before finally dissipating. There was even a center "eye of the storm," where there was relative quiet compared to the swirling chaos surrounding it.

Mike Lockwood, a space scientist at the University of Reading and co-author of the study, said in a press release that space hurricanes are the result of an "unusually large and rapid transfer of solar wind energy and charged particles into the Earth’s upper atmosphere." Because plasma and magnetic fields (like the ones surrounding our planet) are found throughout the universe, and because this event occurred during a period of low geomagnetic activity that is common within our solar system, Lockwood suggested that "space hurricanes should be a widespread phenomenon.” That's a breakthrough discovery — particularly considering that prior to this research, Lockwood said scientists were "uncertain that space plasma hurricanes even existed." He added, “to prove this with such a striking observation is incredible.”

That said, scientists have previously warned about the possibilities of space hurricanes, also known as the far less cool-sounding Kelvin-Helmholtz (KH) instability, because of their potential to interfere with satellites. In 2017, a study published in the journal Advancing Earth and Space Science theorized that plasma from the sun could be pushed across the Earth's magnetic boundaries by solar winds, and the interaction could result in large, spinning vortexes forming in the Earth's upper atmosphere. This could create conditions that would be difficult for satellites to navigate, which could result in disruptions to GPS systems and other forms of communication. Scientists involved in the latest study advocated for improved monitoring of space weather in order to identify these potential hurricanes and prepare for the effects — which would certainly be an improvement from discovering them nearly seven years after the fact.

That said, the confirmation that space hurricanes are a very real phenomena opens up a new avenue for understanding space weather and how it may affect those of us here on Earth.

This article was originally published on March 3, 2021