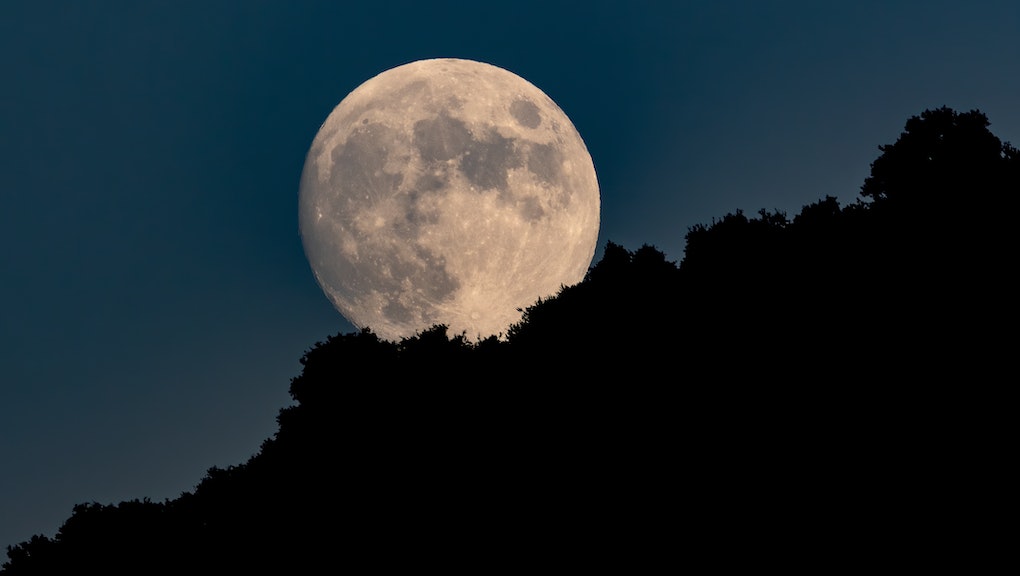 Researchers with the German Aerospace Center believe the moon is at least 85 million years younger than we thought, putting the Earth's closest neighbor at 4.425 billion years old instead of the previously estimated 4.51 billion. The new analysis of the moon's age has also offered insight into the timeline of events that occurred during the development of our planet and its moon. The finding, published in Science Advances on July 10, is part of an ongoing debate about the age of the moon.

Popular theory suggests that the old rock was created during a time when the solar system was a very volatile environment. As the Earth was forming, a proto-planet called Theia collided into it, causing chunks and debris to fly into space. The Earth's gravity held onto the debris, which eventually coalesced together to form our moon.

This theory is called the 'Giant Impact Hypothesis.'

The hypothesis has gone through a few tweaks and adjustments as scientists attempt to prove or disprove it. Last year, NASA researchers announced that their analysis of moon samples from the Apollo missions revealed that the moon was made of similar materials to Earth, which challenged the initial idea that the moon was a broken chunk of Theia.

The German research team, led by geophysicist Maxime Maurice, then figured they could calculate the age of the moon based on computerized models of the Theia collision and the subsequent cooling of the moon's magma ocean that theoretically existed as it formed.

"An important outcome of this scenario is that the early moon, which accreted from the debris of this giant impact, was very hot — hot enough for its rocky mantle to be largely molten and form what we call a magma ocean," Maurice told Space.com. "While the idea of a primordial magma ocean on the moon is largely accepted, the time it took to solidify was not very clear."

So Maurice's team had to develop their own model of the solidification of the moon's magma ocean while also including factors that could've affected the process, such as holes in the lunar surface and the depth of the magma. Previous models hadn't taken these factors into consideration.

The researchers then compared the composition of the moon rocks obtained from previous moon missions with their model of the magma ocean.

Based on their calculations, the team believes the moon was likely created near the end of the Earth's development. They also concluded that it took a while, longer than previous estimates, for the magma ocean to solidify into a rocky surface.

If all of these calculations seem like really indirect ways to estimate the moon's age to you, then you'd be right. It is really indirect and it's because the rocks brought back from the Apollo missions weren't old enough to properly age the moon. But the team hopes future missions to the moon will be able to provide more information to analyze and firmly date the moon once and for all.