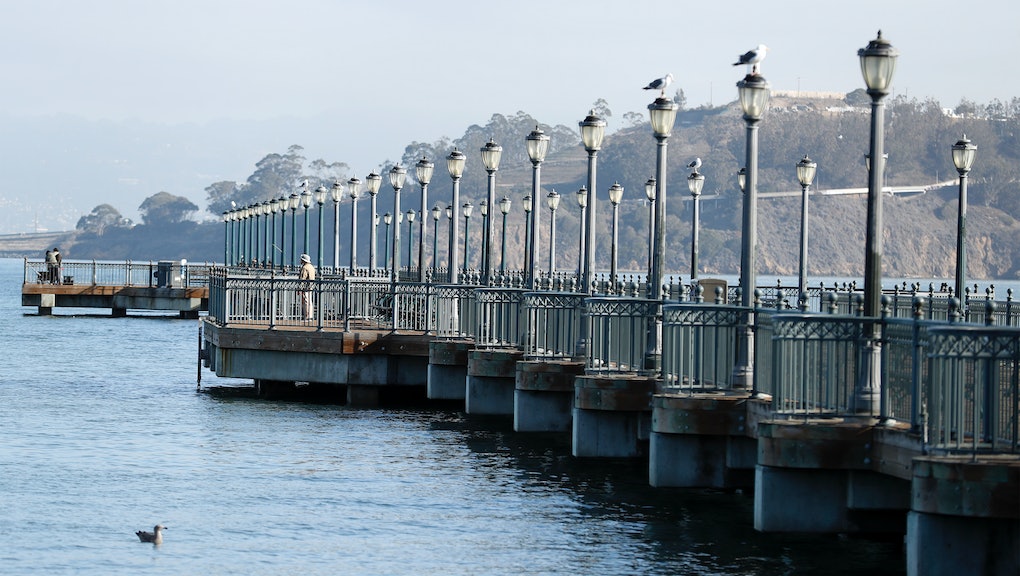 For years, the United Nations has warned of a worst-case scenario in which climate change goes unaddressed and sea levels rise by more than three-and-a-half feet by the end of the century. As it turns out, that might be a much rosier picture than reality. A new study published this week in the journal Ocean Science warns that previous estimates about sea levels were too conservative, and we’ll likely see a much more rapid rise than expected.

Researchers at the University of Copenhagen and the Norwegian Research Centre found that the models typically used for predicting sea-level rise were created using relatively limited data sets and information that only incorporates the past 150 years. Satellite images used to project ice melting in Antarctica, for instance, were first captured in the 1990s, and models didn't account for changes prior to that.

To get a better understanding of the current crisis, scientists updated the model with more complete historical data, which led them to the newly-announced findings. In an interview with Mongabay, lead study author Aslak Grinsted said the results indicate sea levels may rise approximately 10 inches higher per century than previously expected — though he stressed that the study doesn’t actually make a future projection.

What is perhaps most troubling about the new model is not even how bad things really are, but how challenging it will be for humanity to adapt quickly enough to maintain what we thought was the worst-case scenario. “It means our carbon budget is even more depleted,” Grinsted told Bloomberg. Based on this study, humans need to cut carbon emissions by an additional 200 billion metric tons (approximately five years’ worth) to keep sea levels within the range of previous models — you know, the ones that were already pretty grim. So, that's not great.

There is evidence to suggest we're teetering on the brink of events that could lead to a rapid rise in sea levels. A study published last year in the journal Proceedings of the National Academy of Sciences of the United States of America (PNAS) found that Antarctica’s Pine Island and Thwaites glaciers are in danger of collapsing. These massive ice sheets have been retreating over the last two decades, and are responsible for about five percent of the global sea rise that has already occurred, PNAS reported. According to NASA, Antarctic glaciers alone contain enough ice to raise global sea levels by as much as four feet, if they were to melt completely.

It can be difficult to envision the impact of rising sea levels when thinking about the vastness of the ocean — but focus on the shores, and you’ll see the very real possibility of complete devastation. Rising tides push inland and have no regard for what occupies the land that came before it. A 2019 study found that as many as 300 million people could be displaced by the year 2050 — and that number could more than double, to 630 million people, by 2100 if we fail to decrease carbon emissions. At the time of that study, the best-case scenario results predicted approximately 150 million people would be forced from their homes by 2050. With the latest revelation of faster-than-expected sea-level rise, we may have to prepare for an even worse outlook.

Then again, if humans are able to curb carbon emissions, forecasts could change significantly. Benjamin Horton, a professor at Singapore’s Nanyang Technological University and director of the Earth Observatory of Singapore who co-authored a different study that predicts higher-than-expected sea levels caused by rising carbon emissions, told Mongabay, “There are stark differences in the amount of sea-level rise experts project for low emissions compared to high emissions. This provides a great deal of hope for the future, as well as a strong motivation to act now to avoid the more severe impacts of rising sea levels.”