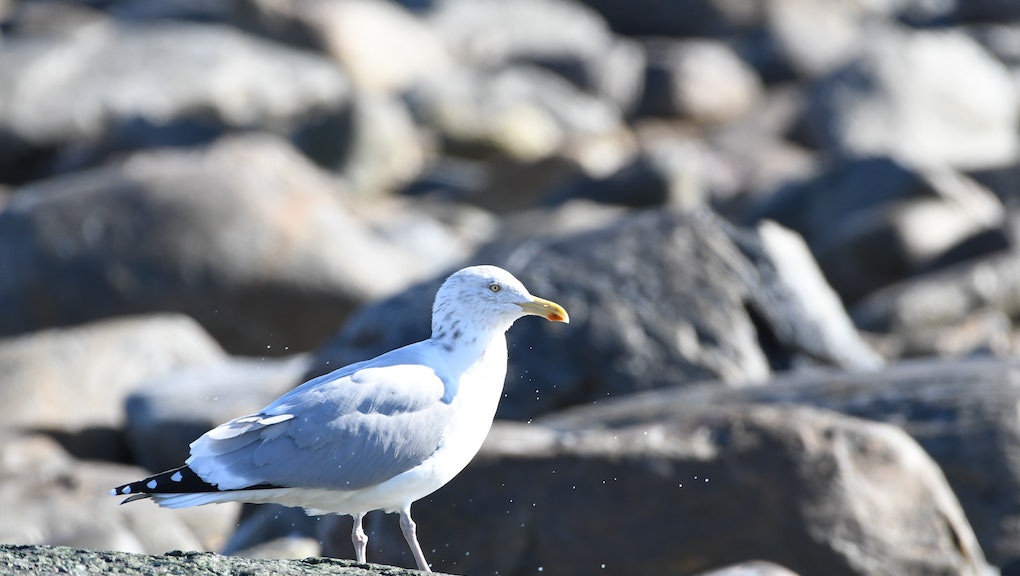 Seagulls prefer human-handled food to what they find on their own, study reports

Yes, the seagulls are targeting your food, and now you've got scientific research to support your suspicions. A recently published study has found that a species of seagulls, the Herring Gull, seemed to favor food that a human had touched. Scientists suggest that these gulls, whose numbers are increasing in urban areas, are presumably looking for an easy meal by stealing a human's catch.

Scientists at the University of Exeter, located in the United Kingdom, decided to take a look at urban gulls after noticing the lack of research on the behavior of these city-adapted birds. The team chose the common, picturesque, grey and white gulls — the Herring Gull — as their subject. Even in the U.K., these types of seagulls are known for being aggressive about stealing people's fries when they get the chance.

"U.K. Herring Gull numbers are declining, but urban populations have increased," said Madeleine Goumas, the lead author of the study, to ScienceDaily. "Despite the fact they're a common sight in many towns, little is known about urban gull behavior. We wanted to find out if gulls are simply attracted by the sight of food, or if people's actions can draw gulls' attention towards an item."

To test this, the researchers went into towns and headed to areas with seagulls. They took two flapjacks and hid each one underneath a bucket. (If you're confused about why they decided to feed these birds such a hefty breakfast, don't be — a 'flapjack' in the U.K. is more like an oat or granola bar, not a pancake.) The buckets were then removed while the scientists had the birds' attention. Then, a researcher would pick up and handle one of the flapjacks for 20 seconds before putting it down. Out of the 38 gulls that were tested, 79 percent went for the flapjack the researcher fiddled with.

To give their theory even more weight, the team did the same thing but with flapjack-sized sponges. Despite the inedible materials, the gulls tended to investigate the sponge that was handled by humans.

"Our study shows that cues from humans may play an important part in the way gulls find food," concluded Goumas, "and could partly explain why gulls have been successful in colonizing urban areas."

Dr. Laura Kelley, senior co-author of the study, agreed. "Our findings suggest that gulls are more likely to approach food that they have seen people drop or put down, so they may associate areas where people are eating with an easy meal."

But the team still doesn't have an answer for why the gulls are picking up fast food instead of natural food. A Herring Gull's natural diet involves fish and invertebrates, but more and more are digging into the trash instead of heading to the sea. Especially when the quality of food found in the trash is less than the natural food caught by the sea.

"Herring Gulls are quite adaptable and are likely to be moving into urban areas because of the resources available," reasoned Dr. Kelley. "Urban environments may also be able to support larger gull populations, meaning that competition among individuals for resources is lower than in rural coastal colonies. For example, there are lots of suitable nesting sites, and a ready supply of food."

To Goumas, this means humans are basically encouraging the gulls' aggressive behavior. "This highlights the importance of disposing of food waste properly," she noted, "as inadvertently feeding gulls reinforces these associations."