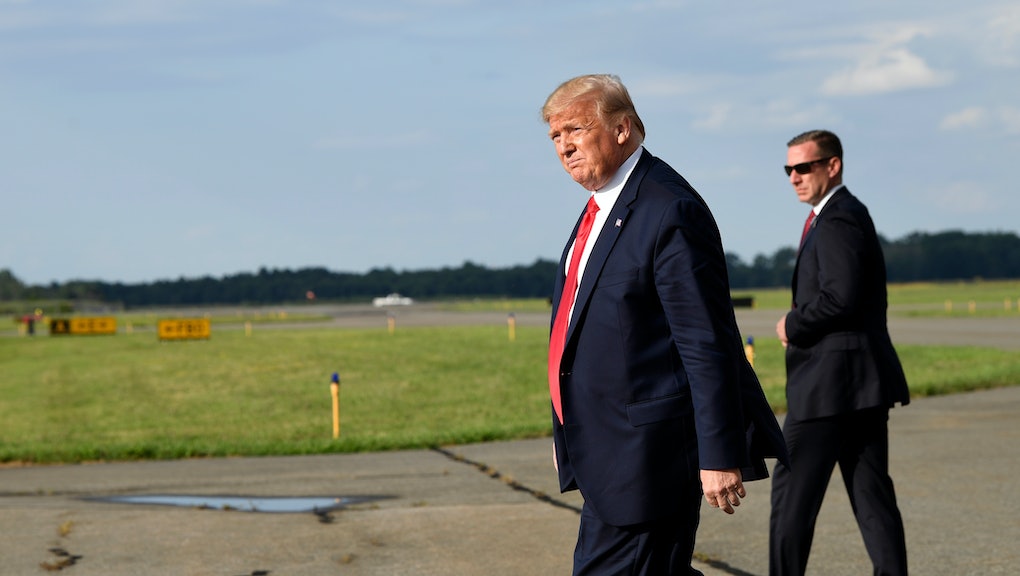 Secret Service spent over $250,000 at Trump's properties in his first 5 months, records show

Since President Trump's election, there's been a lot of debate over his businesses. Many have expressed concerns that Trump's enterprises could raise conflicts of interest or even border on unconstitutional. With new records showing that Secret Service spent over $250,000 at Trump's properties in the first five months of his presidency, it may be time to take up the conversation again.

Records obtained by Property of the People, a watchdog group "dedicated to the aggressive pursuit of governmental transparency", show that the Secret Service dropped $254,000 in expenditures at Trump's golf clubs and hotels between Jan. 27 and June 9, 2017. There aren't specific details about what was purchased, and a Secret Service spokesperson told CBS News that "for operational security reasons, the Secret Service does not discuss our protectees or our protective means and methods."

The majority of expenses took place at Trump's golf clubs (collectively referred to as "Trump National Golf Club"), with a single day in April 2017 racking up a $26,802 bill. Another day saw a $16,000 expense paid to "Trump National Golf Club"; that day, the president was at his property in Bedminster, New Jersey, per his public schedule. In addition, the Secret Service spent more than $35,000 at the Trump International Hotel in Washington, D.C., per the records.

That's where issues really start to arise, because Trump's Washington hotel has raised legal questions before.

Right now, Democrats are investigating an allegation that numerous groups, including one foreign government, booked rooms at the hotel (without ever using them) to possibly gain Trump's favor. House Oversight Committee member Rep. Gerry Connolly (D-Va.), who chairs the subcommittee with jurisdiction over Trump's hotels in Washington, described the practice as "near raw bribery."

The issue is also being looked into by the Transportation and Infrastructure Committee. The relevant subcommittee's chairwoman, Rep. Dina Titus (D-Nev.), told Politico, "Donald Trump is violating the Constitution by accepting money from foreign governments, and by refusing to turn over key documents his administration is covering it up."

This isn't the first time documents have revealed problematic spending at Trump's properties. Earlier this month, a Politico report showed that Republicans have spent millions at Trump's businesses since he took office, despite largely ignoring them before.

Trump did hand off his empire to his sons in January 2017. At the time of Politico's report, White House spokesman Judd Deere said, "As he announced in January 2017, President Donald Trump is not involved in the day-to-day operations of the Trump Organization and he does not take any action that benefits him personally."

However, the White House's assertion that Trump's 2017 actions were enough to end concern doesn't sit right with everybody. Walter Shaub, who served as the director of the Office of Government Ethics during Trump's first months in office, said that Trump's business plan didn't "meet the standards" of former presidents.

"Donald Trump views the American public as a bunch of marks waiting to be fleeced," Ryan Shapiro, the executive director of Property of the People, told The Washington Post. "Due to his overt self-dealing and refusal to divest from his sprawling business empire, Donald Trump has turned the American presidency into a racket."

More like this
Nearly half of Republicans believe absolute nonsense about Trump's Capitol coup
By Rafi Schwartz
How the treasury secretary keeps America's economy afloat
By Vanessa Taylor
It sure would be a shame if Fox News lost $1.6 billion for its voter fraud lies, wouldn't it?
By Rafi Schwartz
Stay up to date