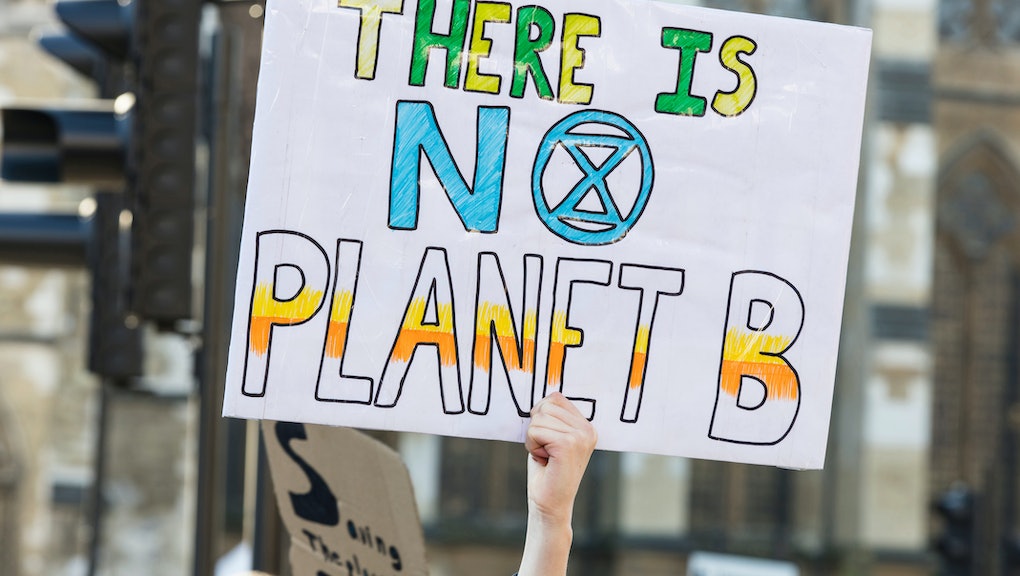 September's Global Climate Strike: everything you need to know

Back in March of this year, more than 1.4 million students around the world participated in the Global Climate Strike for Future, an international event meant to draw attention to the increasingly pressing issue of climate change. Now, with school back in session, students are getting ready to take to the streets once again and raise the warning flags about carbon emissions from our reliance on fossil fuels, waste from single-use plastic products and general inaction among political leaders to actually address these issues. The protest is expected to draw just as much participation from kids, but this time there appears to be more action coming from adults who see the issue with just as much urgency. Here's everything you need to know about September's global climate strike.

What is the Global Climate Strike?

On September 20 and 27, hundreds of thousands — if not millions — of people are expected to walk out of their schools, jobs and homes to join local demonstrations. Advocacy organization 350.org announced last week that more than 2,500 strikes have been registered globally so far for the two dates, with more than 450 of them planned in the United States. According to GobalClimateStrike.net, there are strikes planned in more than 150 countries. The strikes are largely being organized by young people who are concerned about the state of the climate and the lack of action being taken by current leadership.

In addition to the school walk outs, adults are encouraged to likewise step out from their work on either Friday to show solidarity with the movement. A number of Amazon employees have already made it known that they will be participating in the walkouts in an attempt to pressure the company to be more environmentally responsible. It's not just employees getting on board, though. In some cases, companies are throwing their weight behind the movement. In Australia, a number of the country's largest public-owned companies as well as its four largest banks have all encouraged employees to participate in the days of action. In the United States, sports and lifestyle brand Burton, along with companies like Patagonia, Ben and Jerry's and Lush Cosmetics have all shown support for the climate strike. Burton will offer employees paid time off to participate.

The demonstrations coincide with a United Nations summit that is set to kick off in New York City later in the week. Starting September 24 and running through September 30, more than 100 heads of state and government will come to the city for the UN General Assembly, where climate change is expected to be a primary focus.

When is the Global Climate Strike happening?

The main day of protest will be on Friday, September 20. However, there will be strikes taking place on Friday, September 27 as well. These days of action build upon the ongoing demonstrations taking place on Fridays by students as part of #FridaysForFuture movement, which has encouraged kids have been leave school early on Fridays to march outside of their town halls and advocate for legislation to combat climate change. That movement was sparked by 16-year-old Greta Thunberg, who started skipping school last year to protest outside of Sweden's parliament.

Why is the Global Climate Strike happening?

The climate strikes are happening because young people view climate change as the most pressing issue threatening their future livelihood and they'd like to see people in charge actually do something about it so that today's kids don't inherent a giant, combustible ball of inevitable death. Many of the students organizing and taking part in the walk outs can't vote yet, so this form of protest allows them to express their message in a way that can be heard and felt without requiring them to step into the voting booth.

In terms of actual goals for the climate strike, students have been working through Future Coalition to establish a list of demands that they hope to have met. They include:

How can you support the Global Climate Strike whether you walk out or not?

While walking out is the primary way to participate in the climate strike, it's not the only way. After all, labor laws around the world are vary wildly and are not always welcoming to people stepping out from their job, even if they believe it's for the benefit of humanity.

350.org recommends adults can help the cause by spreading the word online so that others can join in. Parents are encouraged to provide explicit permission to their kids to participate in case their school tries to object. It's also recommended that adults serve to amplify the voice of the kids rather than speaking for them. Let them use their own words and help spread what they have to say rather than trying to put words in their mouth.

GlobalClimateStrike.net has a number of resources that people can use to help spread the word, even if they won't be able to attend the strike. That includes resources like posters, stickers and flyers that can be put up around town to drum up interest and support. There is also a media toolkit and recommendations to do things like write your local newspaper and other publications, get the strike listed on event calendars and even go door-to-door to inform people of strikes taking place near them.

More like this
14,000 scientists warn of "untold suffering" if we fail to act on climate change
By AJ Dellinger
Amid daily reports of catastrophe, Americans are finally starting to realize climate change is bad
By AJ Dellinger
Much of the American West is on fire. Again
By Vanessa Taylor
Stay up to date