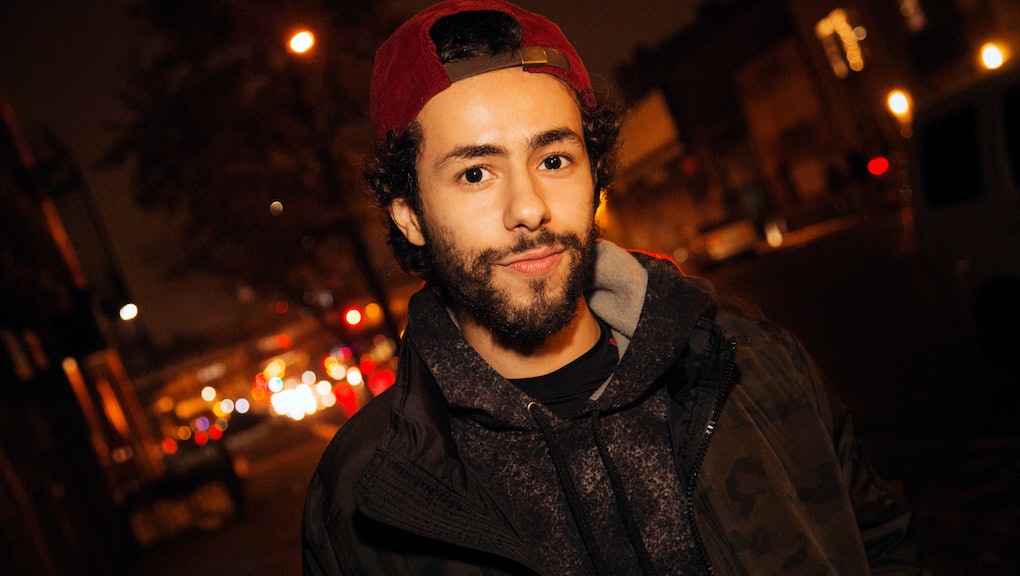 Sex, love, and mercy: Ramy Youssef wants to show you another side of Islam

The first time I saw Ramy Youssef’s name on a billboard, I did a double-take. Not only had I never met another Ramy who spells his name with a Y (most spell it with an I), I had never seen my name featured so prominently in any context. Hell, I’d never even really seen my likeness represented fairly on a TV or film screen, let alone a billboard in Manhattan. And yet, there was my name — all four letters — in white paint on a yellow backdrop in the middle of Times Square.

That was a little over a year ago, and the billboard was promoting the first season of Youssef’s new Hulu show Ramy, a semi-autobiographical comedy series about a Muslim-American millennial who is on a seemingly endless mission of spiritual self-discovery while living with his Egyptian parents in suburban New Jersey. Now, one year and a Golden Globe later, the 29-year-old comedian is ready to share the next chapter of his character’s journey, this time enlisting the help of two-time Oscar winner Mahershala Ali as co-star.

Warning: If you haven't seen season two of Ramy, there are spoilers below

On the show, whose second season premieres this Friday, Youssef portrays the eponymous Ramy Hassan, who is sort of like a more absurd, adrift version of himself.

“He’s a lot more stuck than me,” says Youssef. “I’ve been working in comedy since I was like 15 — I’ve always had a passion. And, so, with the show it was very much like, “What would me without finding that passion look like?”

“Stuck” is actually a perfect word to describe Youssef’s character on Ramy. The show explores his grappling with the juxtaposing ideals of a traditional Muslim lifestyle that puts morality at the forefront of every decision, and a more progressive “Western” culture based in the perceived freedom to act without fear of otherworldly consequences. Alcohol? Forbidden. Drugs? Not in this life. Pre-marital sex? Not if you want to stay on Allah’s good side.

But none of the vices on conventional Muslims’ list of taboos are addressed as accutely on Ramy as sex. The protagonist's quest for spiritual fulfillment is constantly at odds with his compulsive and sometimes uncontrollable sexual desires — often to the point of self-sabotage. For Youssef, Ramy is a show about “the intersection of spirituality and sexuality.”

“The history of Islam has very frank, open discussions about sex,” he says. “I feel like, in postcolonialism, it’s gotten away from us. We’re kind of in this puritanical interpretation of our own faith.”

To fully understand Ramy Hassan’s core carnal dilemma, one need first look at the character’s controversial relationship with his cousin, Amani. On the show, Ramy Hassan has sex, more than once, with his first cousin. Toward the end of season one, while mourning his grandfather on a soul-searching trip to Egypt, Ramy finds consolation in spending quality time with Amani. One thing leads to another, and the two end up developing a complicated relationship to say the least.

“It’s one of those things that’s much more present in more places and cultures than we think it is,” says Youssef. “My family has a whole lot of cousins who are married.” (So does mine, and it’s still weird).

For Youssef, that sentiment is what drives a lot of dialogue on the show that may at first seem impossible for non-Muslims or non-Arabs to understand. But Youssef believes that assumption underestimates the non-Muslim viewer’s ability to relate.

“There are definitely certain details and specifics where it’s like, ‘Okay, this is really more for, you know, us,’ Youssef says. “But if you can kind of give a unique recipe, people really get to a place where they just start swapping whatever our specific is for their specific.”

And there’s a lot of truth to the idea that what some may believe is unique to them is actually just a different shade of the same thing others experience. Zoom out from the tribulations facing Youssef’s character, and you’ll find that a lot of them can be simplified into struggles with common forces that are familiar to everyone. Morality, desire, love — the latter of which is elegantly symbolized by Mahershala Ali’s season 2 character, Sheikh Ali.

An imam and leader of the New Jersey mosque that Ramy joins after his trip to Egypt, Ali adopts Ramy as a student, and mentors him in his quest to explore Sufism — a form of Islam that leans heavily on mysticism and is rooted in one’s submission to God through love.

“I think a lot of times when we see a religious figure depicted in film and television, it’s a character that’s kind of a huge hypocrite,” says Youssef. “I wanted to make a character whose conflict was just how much he loved.”

Speaking to Youssef, two things became clear: First, his character’s devoted interest in Sufism is based on his own real-life experience, even down to the bond Youssef feels with his own sheikh. It also became immediately clear that the concept of finding peace through love was especially important to him, both on the show and in reality. Like many Muslim-Americans his age, Ramy could benefit immensely from that type of salvation. After all, who wouldn’t?

In season two, Youssef’s character becomes obsessed with following Sheikh Ali on his path to enlightenment as a way of absolving the shame surrounding his past. In doing so, he becomes romantically involved with the Sheikh’s daughter, prompting a whole mess of conundrums for the Sheikh — and throwing a wrench into the whole “find peace through love” thing.

“He’s so — I don’t want to say blinded — but he’s really torn by the love he can feel for those who are on the path with him,” Youssef says.

The Ramy on the billboard last year wasn’t me, obviously. But for some reason, I couldn’t help but feel a connection to Youssef. Here was a guy my age, who not only looked like me, but who probably shared the same frustration of having to say, "like Ramen but with a Y" every time someone asked him to pronounce his name. With both seasons of Ramy, I've found something I've been craving my entire life — a fair and accurate representation of the world I know, and all the internal struggles that come with living in it. It’s good to know you're not the only one who feels stuck from time to time.

More like this
Steve from 'Blue's Clues' gave us the closure we didn't know we needed
By Kara Weisenstein
Willie Garson’s pristine performance on 'Sex and the City' changed queer representation forever
By Chloe Stillwell
The 8 best reality shows you're not watching, but should be
By Brandon Yu
Stay up to date