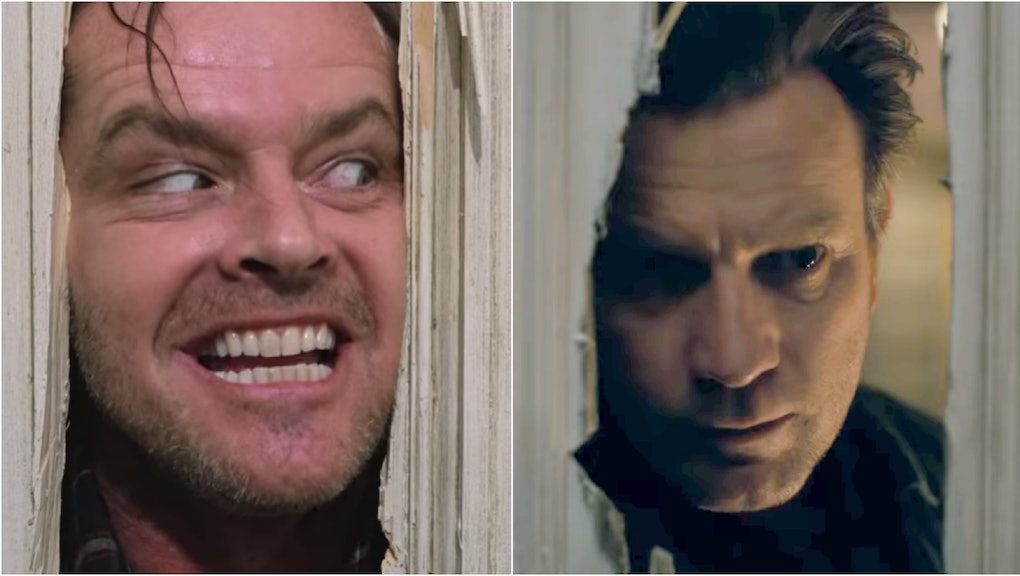 When was the last time you saw The Shining? You most likely remember “Redrum” and the creepy twins and Jack Nicholson hacking through a door shouting, “Here’s Johnny!” But do you recall his character’s kid in the film, Danny, telepathically asking for ice cream and playing with ghosts? The sequel to Kubrick’s classic horror film hits theaters this fall, set 40 years after the original, and it’s all about the haunted adulthood of the murderous caretaker’s psychic son.

Stephen King wrote Doctor Sleep in 2013, as a follow-up to his 1977 novel The Shining. A movie adaptation was in the works almost as soon as it was published — despite King’s dislike for the 1980 flick. “My problem with Kubrick’s film was that it’s so cold,” King told Rolling Stone in a recent interview.

Starring Ewan McGregor as Danny Torrance, Doctor Sleep picks up decades after the original. Still haunted by the trauma he endured as a child, Danny returns to The Overlook Hotel looking for closure. He meets a teenager who also has the “shine” — what characters call their telepathic abilities — and things get freaky from there. Evidently there’s a cult of shine-hunters who feed on psychic children to become immortal or something, and McGregor must help his young friend defeat them.

It’s unclear how our pals, the twin ghost girls, will factor into the new plot. Or room 237. Or the tidal wave of blood. Or the hedge maze. But as we see in the final trailer, a Nicholson-sized hole in a bathroom door with “Redrum” carved into it does make an appearance. Evidently, Doctor Sleep will be chock-full of visual callbacks to the original. Though it’s still technically late summer, this all bodes very well for Spooky Season 2019.