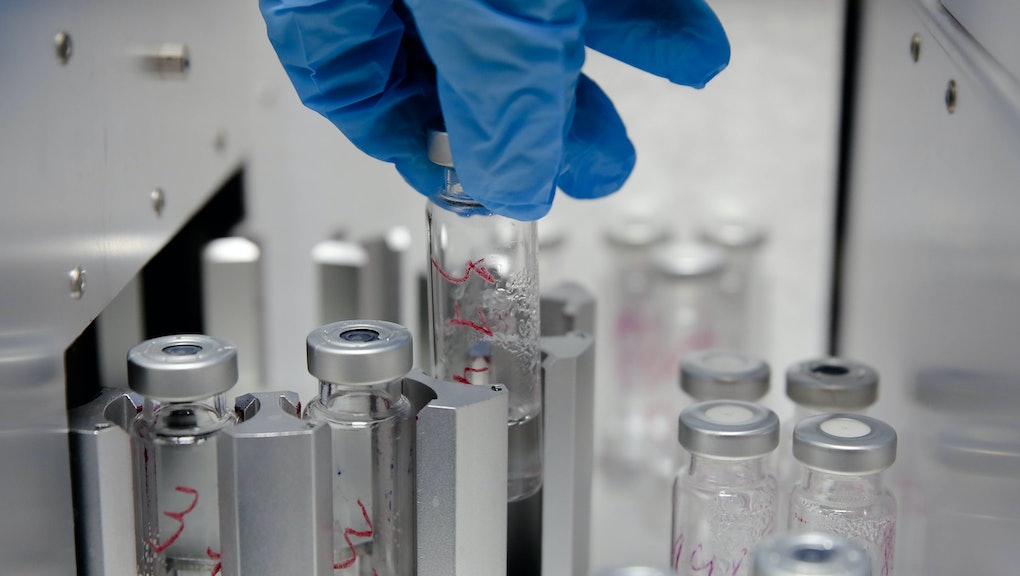 Should I get tested for the coronavirus?

On Tuesday, Vice President Mike Pence announced that the Centers for Disease Control and Prevention broadened its criteria for who can undergo testing for coronavirus to now include any American with a doctor’s order, CNN reports. The CDC updated them last Thursday in the wake of the confirmation of the first US case of unknown origin. Previously, they included only patients who had traveled to areas affected by the virus, had known contact with an infected person, or who had serious respiratory symptoms, according to Politico. So, how do you know whether you should get tested for coronavirus, and how much will it cost?

According to the CDC, three groups of people are eligible for testing for the disease caused by the new coronavirus, officially known as COVID-19. The first includes people with symptoms — fever, for example, or cough, difficulty breathing, or other lower respiratory symptoms — who’ve been in close contact with an infected person within 14 days of symptom onset. Another includes those who’ve traveled to affected regions in the last 14 days, show both fever and lower respiratory symptoms, and need to be hospitalized. The last category includes those with both fever and severe acute lower respiratory symptoms without flu or other diagnoses, regardless of whether they’ve had contact with an infected person or traveled to an affected region.

If you think you need to be tested based on these criteria, health officials strongly recommend calling your healthcare professional ahead of time, per CNN. If you randomly show up to the clinic, you risk exposing others to possible infection. The CDC’s website explains that your provider, the state’s public health department, and the CDC will work together to gauge whether testing is necessary.

So far, two COVID-19 tests have been authorized by the Food and Drug Administration— one from the New York State Department of Public Health and one from the CDC, according to FactCheck.org. These two agencies aren’t billing patients for the tests at the moment. But, the US Centers for Medicare & Medicaid Services has created a billing code for such testing, and you may incur other costs related to testing, such as those for doctor’s office and ER visits, which can be staggering. Take, for instance, Osmel Martinez Azcue of Miami, who sought COVID-19 testing after returning from a work trip in China. Martinez didn't end up getting tested for COVID-19, since he tested positive for the flu — but the hospital still billed his insurance company $3,270 for his visit, which included an ER visit and various respiratory pathogen tests.

On Monday, Gov. Andrew Cuomo of New York announced a directive that orders New York insurers to waive cost-sharing associated with COVID-19 testing, such as ER visits, according to a press release. New Yorkers covered by Medicaid won't need to pay co-pays for COVID-19-related testing, either. But Vox reports that this would apply only to plans regulated by New York State — which doesn’t include the self-funded employer-based health insurance plans, due to a federal law known as the Employee Retirement Income Security Act of 1974, which could pose an obstacle to other states that want to take a cue from New York. One solution may be a bill Rep. Ruben Gallego of Arizona announced he’d introduce, which would require Medicaid to cover testing and treatment for every American regardless of their insurance provider.

There have been reports of people running into trouble getting COVID-19 testing, per CNN. Seattle and King County in Washington state, for instance, have struggled with restrictive criteria and delays in testing ability. Getting tested may be easier now, though. The test kits the CDC initially distributed to public health labs turned out to be flawed, but the CDC has addressed the problem so that these labs can now test for the virus and confirm the validity of the results with the CDC. Meanwhile, the FDA is also overseeing a pathway that would allow commercial test makers to offer test kits to the public. Hopefully, the expansion of the CDC’s testing criteria will allow new coronavirus cases to be detected earlier, and help slow the disease’s spread.