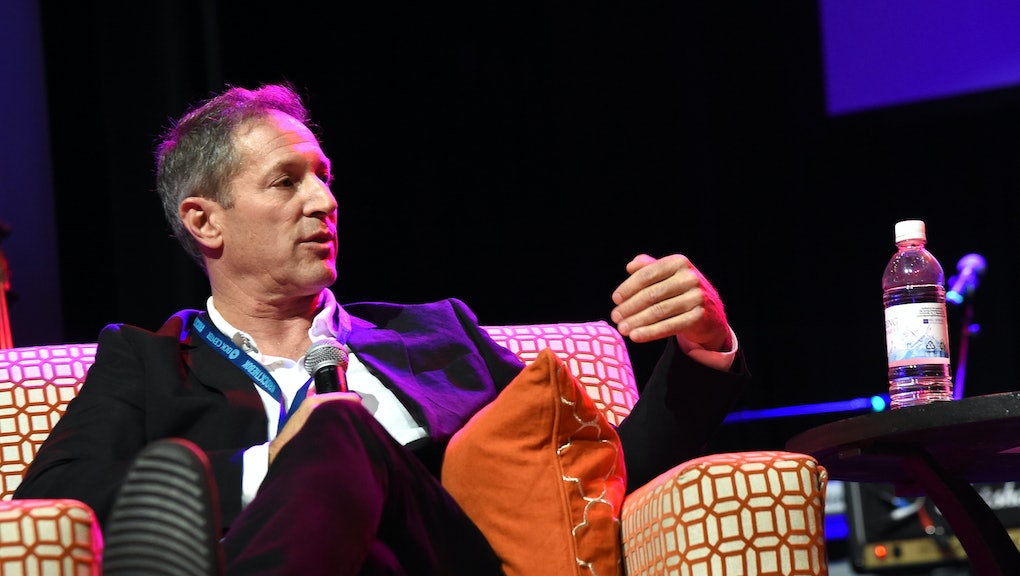 Should we really trust this rich guy to save live music?

The self-styled savior of live music has entered the chat. On Wednesday, the New York Times profiled Marc Geiger, a big-time music executive who co-founded Lollapalooza and the former global music chief of the talent agency WME. With thumbs tucked in his jean pockets like Chris Daughtry on the cover of Daughtry, Geiger has a new venture to bail out independent venues. The plan: buy up 51 percent equity in dozens of fledgling clubs across the country to create a sort of network for them to recover when live music can safely resume.

Geiger’s dubbed the new company SaveLive — which, yes, is half of the new Borat movie’s tagline. He describes the mission to help small venues “expand into regional forces” when touring begins again in earnest, which he reasonably doesn’t expect to happen until 2022 or beyond. Geiger has reportedly raised $75 million from an initial investment round, which exceeds most nonprofit venue fundraising efforts.

In the absence of sustained federal aid, small and independent venues are beyond desperate as we head into a brutal winter, if they haven’t shuttered already. Congress has made no effort to provide further stimulus as the pandemic continues, despite the industry remaining stuck at a complete stand-still. Any life raft seems preferable to the current situation, but one skeptic forecasts some potential downsides to the Times:

“Geiger’s solution on some level scares me,” said Frank Riley of High Road Touring, an indie stalwart who books artists like Wilco, My Bloody Valentine and Robert Plant. “He is going to buy distressed properties for money on the dollar and end up owning 51 percent of their business. Is that independent? I don’t know. But it does save the platforms on which things grow and where artists are sustained.”

Although Geiger claims these are purely partnerships, with no intention of flipping properties around as VC or private equity firms are known to do, it’s still pushing live music closer to the same crisis that streaming faces right now. With stratification efforts like this steering capital into an additional tier above artists and venue owners, a venture similar to SaveLive stares down the inevitability that every venue north of DIY spaces will have to operate like Live Nation to survive.

It’s a bleak near-inevitability and someone will do it eventually, but there’s reason to question if Geiger’s the right man for the job — no matter how highly big artists like Trent Reznor regard his track record. Here’s another section from the Times, emphasis mine:

In some ways, Geiger fits the stereotype of a high-octane Hollywood insider, spewing jargon and quotable hot takes — “There’s power in the underground” — while his phone buzzes with the Who’s “Baba O’Riley” as its ringtone.

If the angling of guys like Geiger signals anything, it’s that live music will almost definitely emerge on the other side of the pandemic — your money just won’t be primarily funneled to independent venue owners or artists anymore. Live music shouldn’t be a luxury good, but the prospect of further stratification and ballooning ticket costs should be enough to worry any music fan.

More like this
The 8 best reality shows you're not watching, but should be
By Brandon Yu
Alanis Morissette is really not happy with the 'Jagged' documentary
By Kara Weisenstein
The 2021 VMAs honored its past because it doesn't really have much of a future
By Brandon Yu
Stay up to date