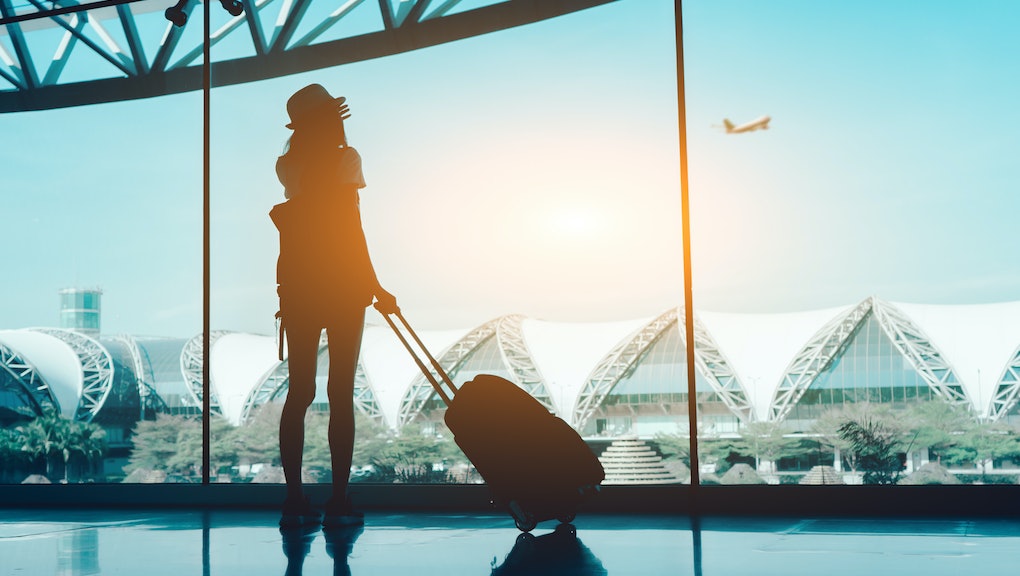 Should you buy cheap flights now? What to know about planning future vacations

After marinating on the couch for the ninth day in a row, a real vacation — one involving a plane — seems like a distant possibility. These days, the longest trip most of us can expect to take is a grocery run. But of course, we will travel again, and the abundance of cheap tickets to many destinations is enticing. That said, planning travel, even for months in the future, carries risk. “Whether or not you actually book a future trip is a very personal decision,” says Tracy Stewart, content editor at travel deal site Airfarewatchdog.com. If you do choose to book a flight for the fall — and keep in mind, fares will rise again soon — here’s what you need to know.

Plan travel for 3 to 4 months from now, at the earliest

“We don’t know when it’s going to be safe again to fly,” says Scott Keyes, founder of Scott’s Cheap Flights, an air travel deal site. “We know that it’s not right now,” or even a month or two from now. Most likely, it’s “well into the future, at least three to four months out.” And if you want to be extra conservative, most airlines allow you to book a flight as early as a year or so in advance.

That would be a bare necessity for peace of mind in case it’s still unsafe to fly come travel time, Keyes says. The good news is, as he and Stewart point out, many airlines have relaxed their cancellation policies and are waiving change fees. Stewart suggests referring to Trip Advisor’s guide to COVID-19 flight change and cancellation policies by airline. This way, you can doubly minimize risk through not only lower fares, but the flexibility to change your plans.

While flex change and cancellation policies might not have typically applied to basic economy tickets, the new COVID-19-related policies now apply to them, too, Keyes says. Just make sure to read the fine print before you book, since the specifics vary from one airline to the next. If an airline gives you a voucher (e-credit) when you cancel a flight, for instance, know when the voucher expires so you don’t get surprised later.

“A lot of airlines have been behaving poorly in the past few days,” Keyes says. Specifically, they’ve failed to proactively offer refunds to passengers whose flights they’ve cancelled. Know that because airlines have cut much of their flight schedule due to low sales right now, they are automatically moving you to another flight if yours gets cancelled.

Usually, if an airline cancels your flight, they notify you that they’ve made a voucher available, but stay mum about a refund.

If an airline cancels your flight, you’re legally owed a cash refund. Of course, “the airline would love if everyone took vouchers instead of refunds because the airline gets to hold onto your cash.”

Usually, if an airline cancels your flight, they notify you that they’ve made a voucher available, but stay mum about a refund. And if you’ve got a ton of other things to worry about — highly likely these days — it may be easier to just take the voucher. But know that you’re entitled to a refund, and that you can demand one. You don’t need to settle for what the airline explicitly offers.

Hold out on cancelling

On the other hand, you’re not entitled to a refund if you voluntarily cancel your flight, although the airline will issue you a voucher. That’s why Keyes recommends holding off on cancelling for at least 24 to 48 hours before your flight, to give the airline an opportunity to cancel, which would then make you eligible for a refund.

Be wary of deadlines to change your flight without a fee

Most airlines have deadlines for when you can change your flight without a penalty, but don’t feel pressure to follow them at this point. “I would take those deadlines with a heavy grain of salt, because those deadlines keep getting pushed back,” Keyes says, adding that’ll probably continue until bookings really start to pick up again.

Keep an eye out for other forms of protection

“Beyond updated cancellation policies and waived change fees, some airlines are offering additional discounts to those who decline a refund and choose to rebook at a future date,” Stewart says. “In some cases, they’ve even extended the date range for two years from your original travel date.” Doing a little extra homework to find airlines that offer these additional forms of protection can further lower your risk during this uncertain period.

Rather than trying to play armchair epidemiologist, prioritize booking a trip well into the future, with an airline offering flex change and cancellation policies.

At this point, it’s too early to say how the pandemic will play out in a given destination three to four months from now, Keyes says. Rather than trying to play armchair epidemiologist, he suggests prioritizing booking a trip well into the future, with an airline offering flex change and cancellation policies, if you want to minimize your risk.

Travel insurance usually isn’t worth it

While travel insurance might seem especially appealing now, it’s probably not worth the extra cost. “I think the problem with insurance in general is that we talk about it in moralistic terms, that it’s a prudent thing you do to protect yourself, and not in practical terms” — that is, in terms of the situations in which it’ll prove helpful, and how likely they are to occur, Keyes tells Mic. For common mishaps like cancelled flights, you already have the protection that travel insurance would offer through the airline or the credit card you used to pay for the flight.

Travel insurance can be useful in unlikely scenarios, say, if you flew to Miami to board a cruise, but the flight got cancelled, which made you miss the boat, Keyes says. Although the airline wouldn’t reimburse you for the cruise, travel insurance could. The thing is, most travelers are taking straightforward, round-trip flights. “I think for most people’s trips, [travel insurance] is not getting them anything extra, and they’re just paying for something they already had.”

“For many of us, travel is an escape, a way to take us out of the day-to-day drudgery and give us something positive to look forward to” Keyes says. A dream vacay may seem far-fetched right now, but planning one is totally valid and can shine a light at the end of this quarantine tunnel.

This article was originally published on April 21, 2020

More like this
Ancestral healing could be key to decolonizing therapy
By Melissa Pandika
Having a bad trip? This hotline can help you find your chill
By Melissa Pandika
What happens if you just don’t file your taxes?
By Alex Williamson
Stay up to date