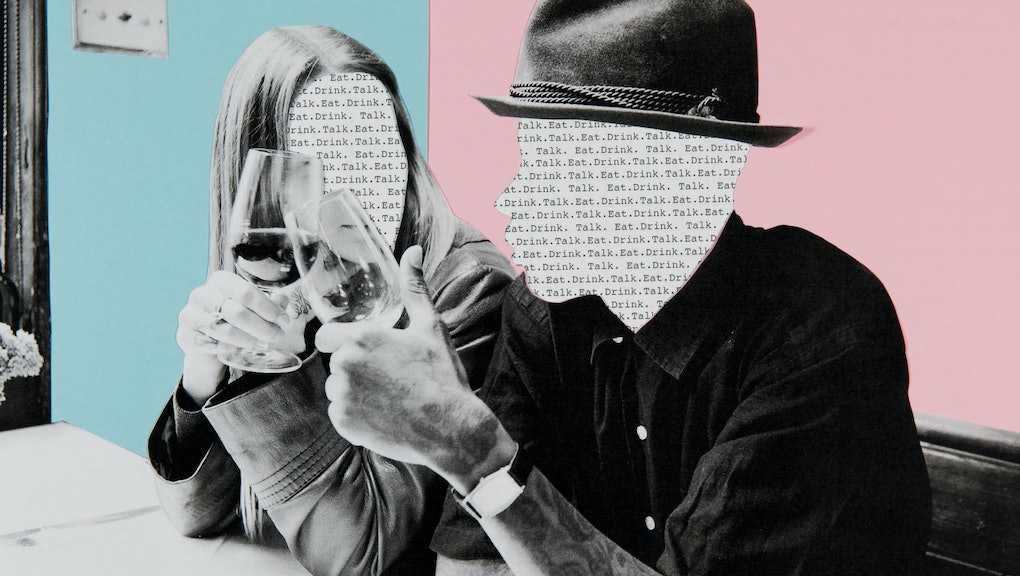 Should you date your "type" or venture outside your comfort zone?

Ever meet someone in person and, when the question of whether or not there could be a romantic connection came up, you thought to yourself, Meh, they’re not my type? There are, of course, benefits to seeking your type when dating. Particular characteristics in potential partners can narrow your focus, so you can utilize your time more efficiently. This line of thinking, however, can reveal a certain level of closed-mindedness that keeps you in bad relationship cycles.

An early 2019 study of 332 individuals who were in a relationship and had at least one prior ex, “revealed a significant degree of distinctive partner similarity, suggesting that there may indeed be a unique type of person each individual ends up with.” Such findings “have important implications for predicting future partnering behaviors and actions in romantic relationships,” wrote the authors, Yoobin Park and Geoff MacDonald, in the journal Proceedings of the National Academy of Sciences. Metaphorically speaking, in relationships, many people tend to go back to the same well when they’re, uh, thirsty.

Perhaps that’s not so surprising to those who favor brunettes to blondes, or fiery personalities to those with more chill dispositions, but Park and MacDonald included a caveat in their study: “We also found that distinctive partner similarity was weaker for people high in extraversion or openness to experience, suggesting that these individuals may be less likely to be in a relationship with someone similar to their ex-partner.” In other words, instead of going to the same well repeatedly, those of a generally more open mind or more extraverted nature will seek varied water sources.

“I think that we have types, and that it’s a combination of how we grew up and with whom we grew up,” says Leora Manischewitz, a New York City-based psychologist who specializes in sex and relationships. Referring to many people’s comfort in the familiar — the repeated search for which Sigmund Freud called a “repetition compulsion” — Manischewitz believes that “we replicate both some of the positive stuff that we got” out of relationships, “and also try and work out some of the negative stuff.”

A classic manifestation of this, Manischewitz suggests, is when a person seeks romantic partners that are very reminiscent of their absent mother or father. “You felt your [parent] worked too much or was dismissive, that kind of thing,” Manischewitz says. “You then end up choosing partners who are exciting and titillating, but who are emotionally more distant.” With each subsequent boyfriend or girlfriend, this archetype might think, “Let me see if I can get them to love me.” However, without success, there’s nothing left but a cycle of proof pointing out that “you’re chasing something that’s not going to happen,” Manischewitz says.

It’s up to the single person to consider whether or not their particular approach to choosing a partner is viable, especially if they come about as a result of repetition compulsion — and lack any favorable results. “If you’re picking, over and over, the same partner and it’s not working out, hopefully you’ll look inward and think about, ‘What am I replaying out here? [Am I] sabotaging myself with this particular type?'" Manischewitz says. One key to finding someone who is actually compatible with you, it seems, is awareness of your own patterns.

In their paper, Park and MacDonald were not able to “track whether those with a more or less similar partner ended up being more successful in their relationship,” Park tells Mic. Manischewitz notes, then, that “everything here has to be taken with a grain of salt.” That said, “replicating the good things” from past relationships is prudent, and it’s possible that relationships don’t turn out to be long lasting for reasons beyond repetition compulsion.

“You want to learn from your mistakes,” Manischewitz says, but if your natural inclination leads you back, repeatedly, to a certain type, “you want to recognize that and go easy on yourself.” Therein lies a “choice point,” and with that level of consciousness, a person can make an informed decision whether or not they want to move forward and try a similar relationship again or come to the realization, “I’ve been through this enough, and I’m out of here.”

On a whole other level, some people seem to be on the lookout for someone they may know even more intimately than their exes. “The research showed that the personalities of the partners were not only similar to each other, but to the participants themselves,” the BBC wrote in an article about the study. “Seeking a little of yourself in your partners may help explain why our own personalities tend to be relatively stable when interacting with friends and loved ones. It’s a lot easier to seek relationships that allow us to hold onto our existing ideas of what we are like.”

Instead of simply formulating “a type,” as a portion of the new research might suggest, we might all benefit from examining past relationships. By being honest with ourselves about what positives existed within them that you should look for elsewhere, we can potentially filter out the negatives, discarding them forever.