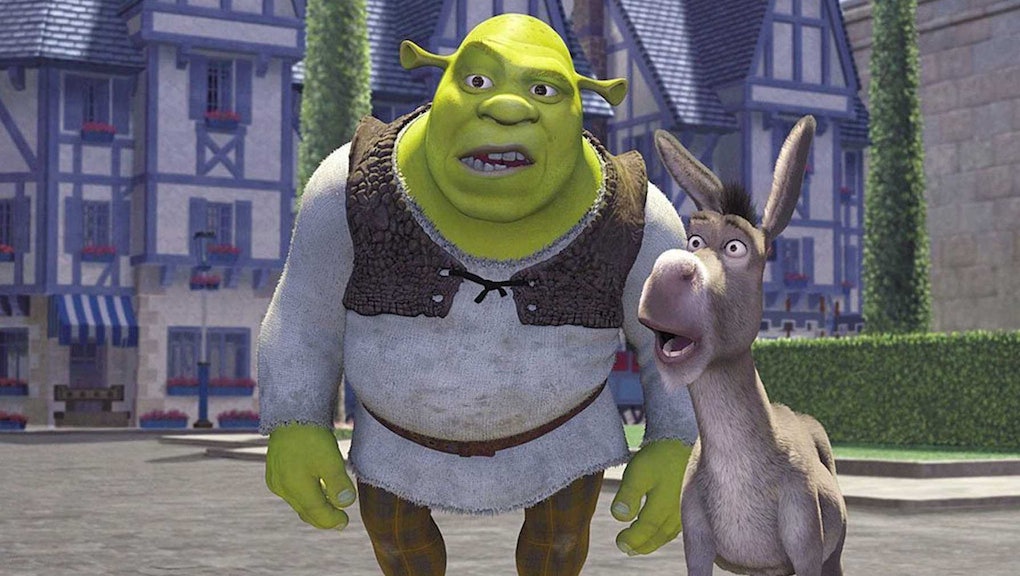 You know what’s got layers? Onions, ogres, and historic films preserved by the Library of Congress! In a move that’s just over a decade overdue, Shrek has finally been recognized as a “culturally, historically, or aesthetically significant film” by the National Film Registry. On Monday, it joined 24 classic films, including The Dark Knight, A Clockwork Orange, Grease, and more.

For a refresher: every year, the National Film Registry inducts up to 25 significant films for preservation in the Library of Congress. They’ve been at it since just 1989, adding any range of historic films — from narrative features, documentary films, experimental shorts, newsreels, and music videos (for a bit of trivia, Michael Jackson’s Thriller is the only one of those inducted.)

This year’s inductees range from all the way back to 1913’s silent feature, Suspense — co-directed by Lois Weber, hailed as one of the most pioneering early female directors — up to The Hurt Locker and 2010’s Freedom Riders. It’s an incredibly varied field, including several films you’d think were already there, like The Blues Brothers and Clockwork, but also brings in Kathleen Collins’ Losing Ground — the kind of classic getting proper due decades after its director’s death.

But this is a Shrek blog, which somewhat remarkably became the first animated narrative feature of the millennium to join the Library of Congress. Anyone who’s helped the film sustain its life as an immortal meme and slice of the national dialect would argue it should have joined in 2011, its first year of eligibility. But the Mike Myers vehicle beating every Pixar film released between the years of 2000 and 2010 to the Library of Congress counts as a sizable victory.

Omnipresent in every way, from a recent TikTok that used Shrek’s massive wagon as a spigot for toothpaste, to a recent reminder that one of the film’s screenwriters is a virulent anti-vaxxer, there’s no getting away from its immense cultural impact. One of my finest live music memories from the past decade involved a free, public outdoor Smash Mouth concert. As they rifled through covers and deep cuts, the crowd — at least partially outfitted in Shrek masks and costumes — chanted with heightened urgency to play the Shrek song. They did, and after they closed with "All Star," cops on horses, much like in Shrek 2, chased kids through Downtown Pittsburgh.

So if there’s by any chance an apocalypse that melts every DVD, VHS, Blu-ray, and digital copy of Shrek, hopefully the Library of Congress has...done whatever they do with these movies (freeze it in a maximum security chamber?) to survive the worst.