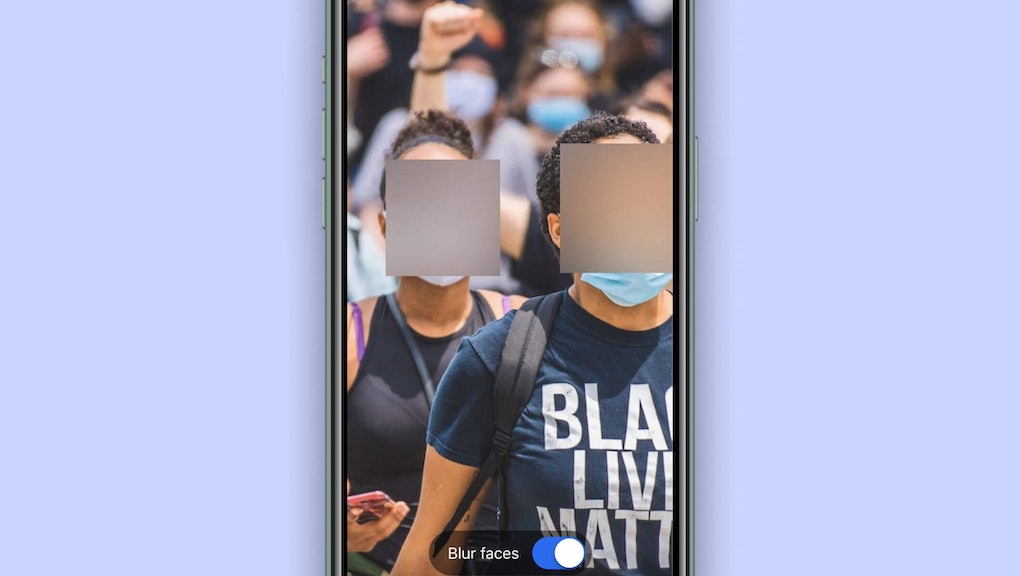 As protesters around the world march against police brutality, racism, and the unjust killing of George Floyd, Breonna Taylor, and so many others, Signal has introduced a new feature that will blur the faces of people in any photos sent through its encrypted messaging app. It's meant to be a quick and easy way to protect the privacy of people in photos and will be a function of the image editor. The company cautions that the auto-blur feature isn't perfect — users might have to manually blur faces with the blur tool if the app misses a face or two — but the availability of the feature is still valuable for demonstrators who want to protect each other and stay safe while documenting protests.

Signal's blur feature will be available as soon as the latest app update is approved on Google Play and the App Store.

Providing more privacy features is not out of character for Signal, a messaging app that uses end-to-end encryption for all users' conversations. This means all messages are secured by appearing as scrambled text that can only be 'unlocked' by the person you've sent it to. No one else — including the cops and the company itself — can read the messages.

In contrast, Facebook Messenger only provides encryption through its 'Secret Conversations' feature, which uses the same encryption system as Signal and has been known to receive numerous demands from the government to provide user data. Attempts to offer end-to-end encryption in Facebook Messenger by default have been met with extreme difficulties. Other companies, such as Apple and Zoom, have faced similar challenges and pressures from authorities to keep messages readable for investigations.

Signal does the opposite, using encryption by default and ensuring their app does not retain the majority of user data, so authorities won't get much information from the company even if they subpoena it.

With the real concerns about police using photos of protestors and other surveillance to identify people, it's no surprise that some would prefer a more secure-by-default service to communicate, and Signal clearly recognizes that need.

"One immediate thing seems clear," wrote the company in a press release, "2020 is a pretty good year to cover your face."

Protesters have the right to go out and make their voices heard, and the police have shown time and again that they won't hesitate to punish them for doing so. Until the authorities can be held accountable for their violent actions, activists should take care to protect themselves on the ground using recording devices and coverings to obscure their identity. Signal recommends using masks to hide faces, and other users have suggested wearing generic clothes that cover any identifying markings or tattoos.