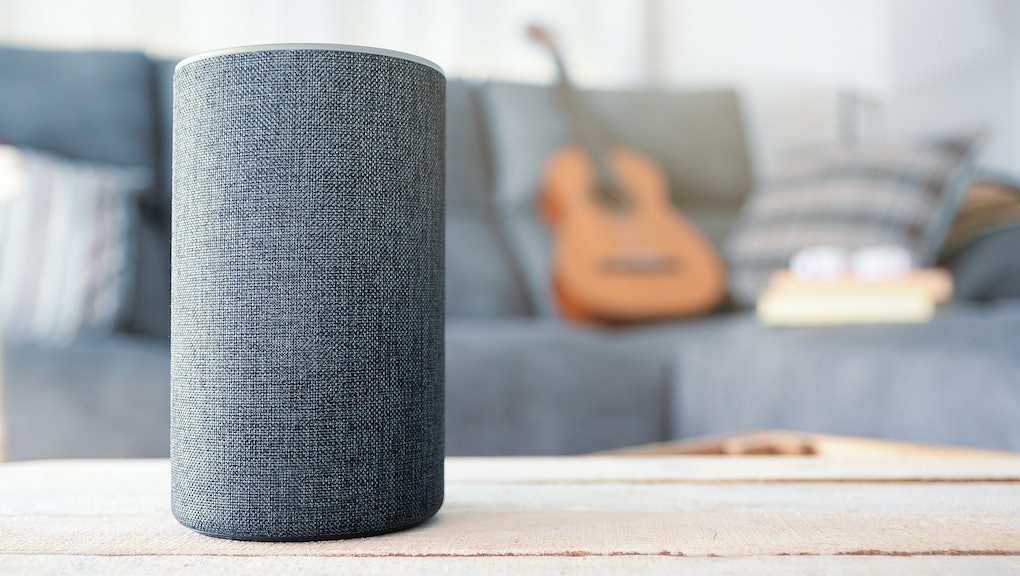 Smart home devices can be controlled by lasers, researchers find

Chances are you've come across smart speakers that seem just a little too sensitive. Say anything that sounds remotely like its wake word and the speaker is ready to record private conversations and more. Now, researchers have discovered another problem: your smart devices can be controlled by lasers. It seems bizarre but it points to continuing issues with privacy and security.

Researchers from the University of Michigan and Japan's University of Electro-Communications found that, if you changed a laser's intensity to a specific frequency, microphones inside smart devices would convert it to sound. In other words, researchers could speak to these devices through light commands.

Some of the devices tested included popular smart speakers like Google Home devices, Amazon Alexa devices, and Facebook's Portal mini. Researchers also tested some smartphones, including an iPhone XR, a sixth-generation iPad, a Samsung Galaxy 29, and a Google Pixel 2.

Using lasers to communicate with smart devices may not seem like a big deal. The worst that could happen is your Alexa suddenly Rick Rolls you, right? However, researchers noted that attackers could use light commands to open garage doors, shop online, and even locate, unlock, and start vehicles from Tesla and Ford.

If you don't believe it, check out the video below where researchers use light commands to get Google Home to open a garage door. You can also see a laser issuing a command across buildings.

To pull off light commands, you need a little bit of technical expertise. But, researchers did compile a list of components you could use to do so. Everything can be bought on Amazon for under $500.

A Google spokesperson told Wired that the company is reviewing the paper, adding, "Protecting our users is paramount, and we're always looking at ways to improve the security of our devices." Amazon also told the outlet that it was reviewing the research. Apple declined to comment.

This isn't the first time major privacy concerns have come up with smart devices, though. In 2018, a woman in Portland, Oregon discovered that her Echo recorded private conversations and sent them to her husband's employees. Later that same year, Amazon sent a customer in Germany about 1,700 audio files from someone else's Echo.

There's also been some issues this year, too. In February, Google faced significant backlash after it forgot to tell people that its Nest Secure home system a built-in microphone.

Researchers have a couple suggestions for how to fix the light command issue. Smart speakers could require voice commands to be heard by two microphones or just throw a light shield in front of it. But, it's unclear if any vendor is going to make those changes. So while smart devices may be handy to have in your home, it's worth considering what you've hooked them up to.