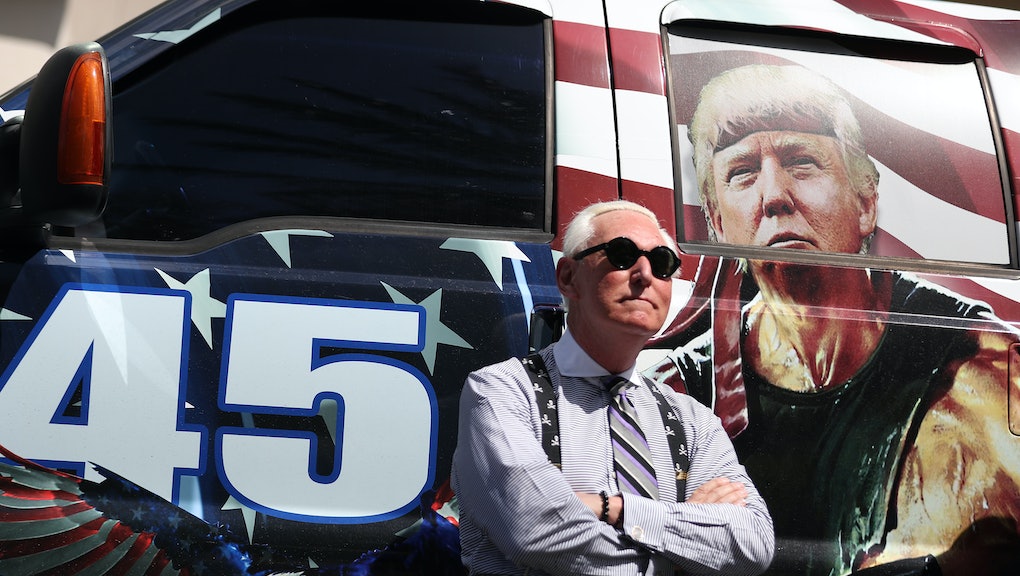 Smell sulfur? It's because Trump's Miami resort is hosting a party of the damned

"Hell," Sartre famously wrote, "is other people." And even though he coined the phrase almost 80 years ago, I like to think he somehow had the upcoming "AmpFest" in mind when he did. Because if there is a hell, then it's definitely at former President Donald Trump's Doral, Florida, resort, and if that hell is indeed "other people," then it's definitely the absolutely cursed line up of speakers and guests scheduled to make a sulfurous appearance at the next installment of the annual conference hosted by the conspiracy-addled, ultra-far right group American Priority.

As Forbes noted Wednesday, the conference — slated for Oct. 7-10 — will feature not one, or two, or three, or four, but five guest speakers who have been the personal beneficiaries of a Trump administration pardon. They are:

Former National Security Adviser Michael Flynn: Pleaded guilty to lying to the FBI in December 2017. Pardoned by Trump in November 2020.

Trump campaign adviser George Papadopoulos: Pleaded guilty to lying to the FBI in October 2017. Pardoned by Trump in December 2020.

Right-wing pundit and Trump supporter Dinesh D'Souza: Pleaded guilty to campaign finance fraud in September 2014. Pardoned by Trump in May 2018.

All but Bannon are slated to appear in person, with the president's former top adviser opting to speak by video rather than share the same pandemic air as the rest of the conference. But if you, reader, are interested in inhaling that fetid atmosphere yourself, you're more than welcome to shell out anywhere from about $450 to $3,500 for a ticket to the conference. That does not, I should mention, include a hotel room, which will run you at least two hundred more bucks to stay at Trump's Doral resort.

As you can see, that's a whole lot of money to shell out for a chance to hear some of the worst conservative ghouls on Earth wax philosophical about freedom, or patriotism, or why vaccines are full of tiny microchips that turn you into a 5G carrier, or whatever is in vogue among the lunatic not-so-fringe of the GOP these days. Oh, and it's not just a bunch of felons speaking, either. Also on hand will be credibly accused pedophile Florida Rep. Matt Gaetz, alleged white nationalists Jack Posobiec and Arizona Rep. Paul Gosar, and sub-medium talent actor Kevin Sorbo. Yeehaw!

That said, the conference has struggled to fill seats for some of its more, shall we say, enthusiastically unhinged speakers in the past. So, who knows? Maybe a collection of crooks, grifters, vaccine deniers, and bigots massing at a property owned by a former president won't be such a big deal after all. At least, we can hope.