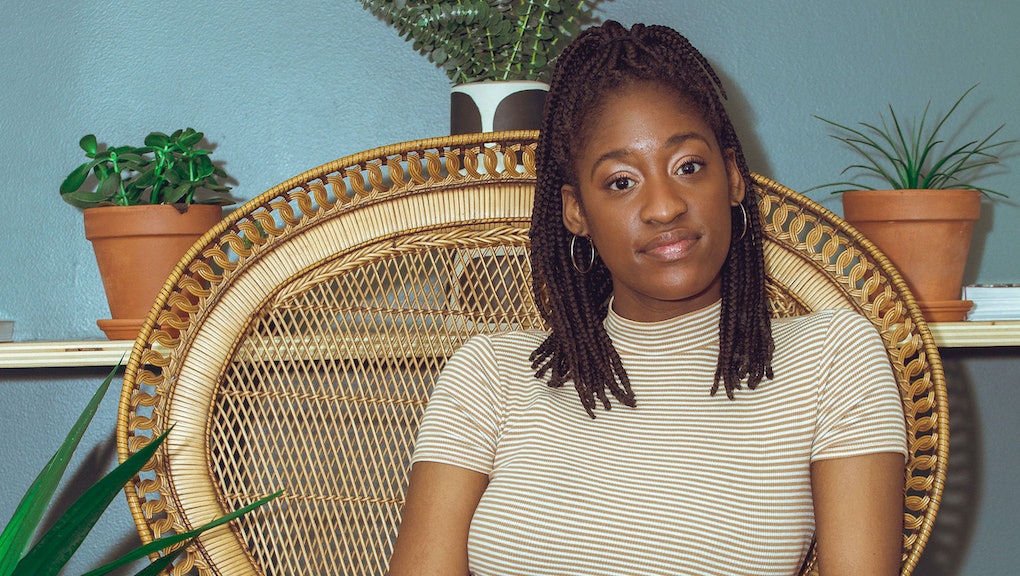 The idea of social clubs for people of color is not new, but more recently, an increased demand for safe spaces where people of marginalized groups can converse and vent about the current racial climate has erupted. Following the increase in anti-Asian violence, the murders of George Floyd, Breonna Taylor, and Ahmaud Arbery, coupled with the pandemic (that disproportionately affects communities of color) and a political climate that has shown favor to homegrown terrorism, Black Americans and other people of color are finding themselves emotionally and mentally exhausted.

“I'm being more intentional about finding Black spaces that I can be vulnerable in,” says David Fagberno, a 27-year-old set production assistant living in Brooklyn. Prior to summer 2020, Fagberno’s friend group was quite diverse, with people of different races and ethnic backgrounds, but after finding himself constantly disappointed in his white friends’ understanding of racism, he felt the need to tighten his circle.

He watched white and non-Black friends appear concerned early last year when they were first shocked by the police brutality and injustice that was happening. “Some of them were looking for guidance, insight, perspective — and I was readily available for that because it felt like for the first time these people were being receptive to it.” But fast forward to today, and Fagberno has not noticed, in them, an evolved manner of thinking about and processing racial violence in this country.

And so he intentionally carved out a safe space that included only people who understand it all from firsthand experience. Fagberno doesn’t consider his decision as an act of segregation, but more so a necessary step for his mental health, noting that people who look like him have helped him find ways not to cope, but to deal with, manage, process and heal from racial trauma. “I just don't think anyone outside of my community can provide that for me and know how I’m feeling during this time on a friend-level, emotional-level, romantically, and just all across the board,” he says.

Since connecting with more Black people, Fagberno has found himself laughing and crying more, finding joyful moments even in times of stress, and being truthfully vulnerable. “Having a warm, nurturing space, you can visit, even if it's not your home, gives you a home away from home,” he says.

Since 2018, Naj Austin has dedicated her career to creating nurturing spaces like Fagberno describes. The 29-year-old Brooklynite is the founder of Ethel’s Club, a social club for people of color to connect, work, network, and let loose. Prior to the pandemic, the club was solely based in Brooklyn, but with COVID-19 restricting everyone to social distance, Austin saw an opportunity to move the club online. With digital membership as a new option, people of color all across the world could join Ethel’s Club, quickly increasing membership from 150 to 350 members. Then, in June, after a particularly brutal summer for the Black community, membership surged to 1,000 — with people even joining from London, Paris, and the Netherlands. And it’s still growing.

“We were sort of perfectly situated to take on the high interest. One of the things we did that June, and even before we went online, was offer a free healing event once a month,” Austin tells Mic. The group therapy events were hosted by a licensed healing practitioner and available to anyone who identified as Black, anywhere in the world. Members could use the space to meditate, vent, and talk with one another, a practice that Austin notes really resonated with Black people during a time of heightened racial tension and trauma.

For many young Black people, the distinct feeling of both loss and feeling lost created a real need for community. Living in a predominantly white neighborhood or working in a racially homogenous place left is ordinarily challenging for young Black people, but “that's all been sort of amplified with the aspect of COVID-19 because all of the safe places you may have discovered aren’t available anymore,” Austin says. “I think in that loneliness, certain people are setting intentions about how they're going to solve that problem.” And for many, Ethel’s club has provided some comfort, virtually as well as wellness and workout sessions, intimate group discussions, career workshops, and live streamed classes. `

A similar portal for healing is happening in several parts of the country. Over in Columbus Ohio, 33-year-old LC Johnson founded Zora’s House, a nonprofit co-working space for women of color after struggling to meet other women of color in the area. “I found myself really craving spaces where I didn't have to explain basic parts of my identity; where people already got it. That way I could just talk about the things that were relevant and salient,” Johnson says.

Amidst the protests surrounding the killing of George Floyd, Johnson saw the need to expand Zora House’s membership nationally and online through a series of virtual healing circles. “In their communities and their workplaces, women of color so often have to explain, adapt, and navigate within spaces that were not created with them in mind,” says Johnson, noting that Zora’s House is a place built by and for women of color, where their walls can come down and their most authentic selves can thrive.

Whether it involves joining a private members’ club designed to nurture Black Americans, venting in Clubhouse chat rooms about the current racial climate, or tightening social circles to be predominantly Black and brown, we deserve spaces where we aren’t met with microaggressions or demands to be educated for free. We should be afforded the right to be vulnerable with others, especially now. “There's a tightness in your body when you hold all this grief and don't allow yourself to be vulnerable for an extended period of time,” Fagberno says. “That’s why safe, nurturing, Black and brown spaces are essential.”