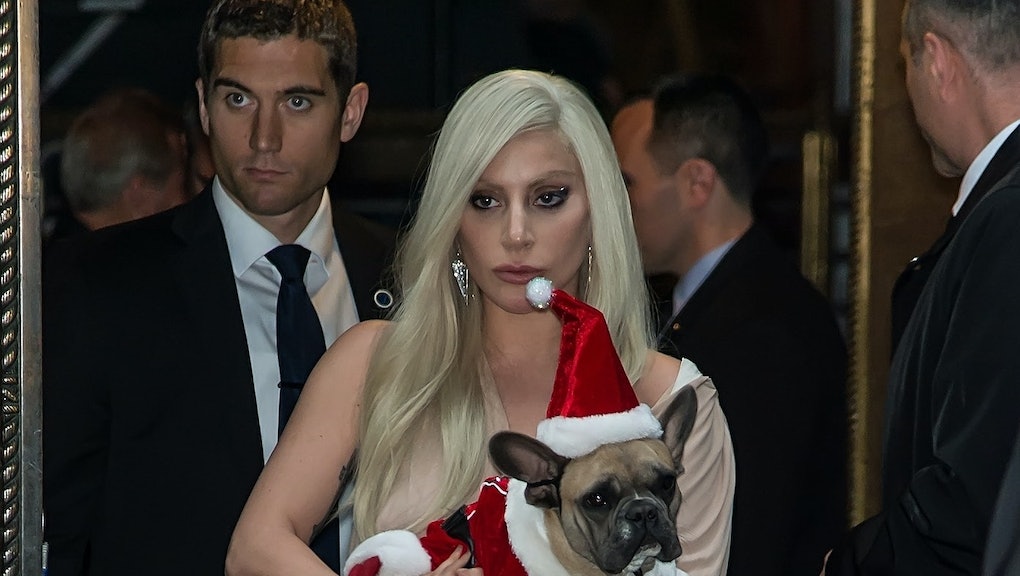 On Thursday morning, TMZ reported that an unknown sicko attacked and shot Lady Gaga’s dog walker in Hollywood last night, before kidnapping two of her French bulldogs. The doggies in question, Koji and Gustav, were also walked with a third, which was recovered after running away from the scene. Gaga’s dog walker was reportedly taken to the local hospital, and is expected to make a full recovery.

Pets can leave an incalculable impact on your life, but TMZ notes Gaga has offered a steep unsolicited ransom payment for Koji and Gustav — $500,000, "no questions asked." There was reportedly one gunman and possibly more, so it’s unclear if her dog walker would be satisfied with no further criminal charges in this case.

This becomes a tricky and not unprecedented situation for social media–⁠famous dogs. Back in 2019, British soccer star Daniel Sturridge lost his Instagram star of a Pomeranian, Lucci, following a break-in. Soon after the kidnapping, Sturridge claimed he’d “pay anything” to have Lucci back, before setting on a $30,000 reward. (The person who found Lucci, however, claims Sturridge didn’t hold up his end of the bargain.) That same year, a moderately well-known Instagram pug named Otis was also stolen from his San Francisco apartment, with a $15,000 reward offer, and returned soon thereafter.

And it’s not just famous pooches, either — dog theft is up a staggering amount during the pandemic. A recent Al Jazeera report cites an estimated 250 percent increase in UK dog theft since last March. Amid an outrageously competitive climate for prospective dog-owners, the most vampiric people around are just treating them like any other luxury item to be stolen and bootlegged accordingly.

As a brand new pandemic dog parent, it’s hard to imagine the terror of losing this puppy, the price I’d be willing to pay after just one month to win her back — certainly less than $500,000 — and most importantly, the bloodthirsty freaks who'd be willing to assault another person just to get ahold of some valuable bulldogs. Maybe the six-figure reward price tag seems a little wild, but dogs often inspire irrational behavior on both sides of the ball.